Accessibility links
Even For Romney, Delegate Math Still A Problem While Republican presidential front-runner Mitt Romney argues that his opponents have no realistic shot at winning enough delegates to secure the nomination, the same could eventually be true for Romney if a four-way race continues. NPR takes a look at the latest delegate numbers. 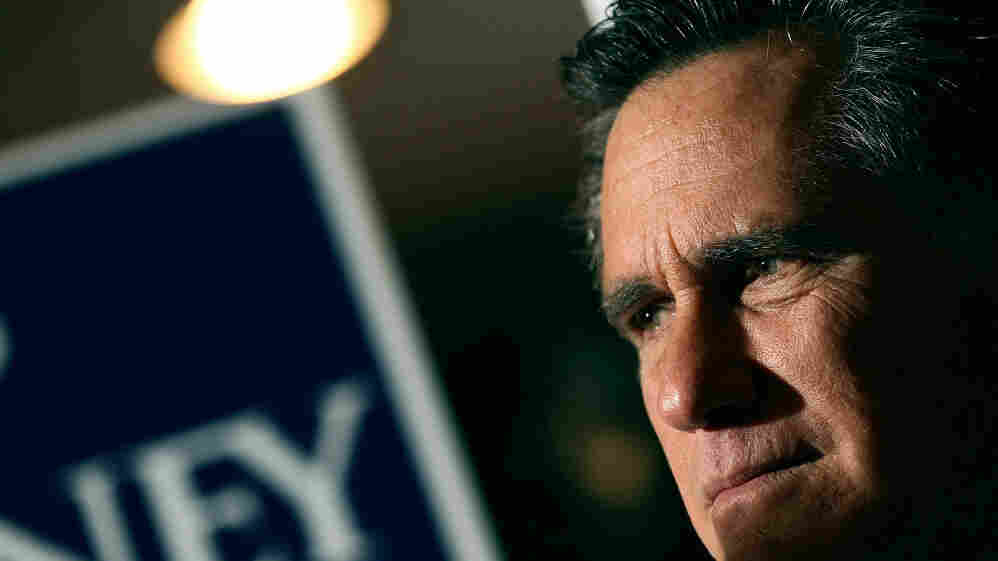 Mitt Romney waits to speak while being introduced Monday during a campaign stop in Mobile, Ala. Win McNamee/Getty Images hide caption 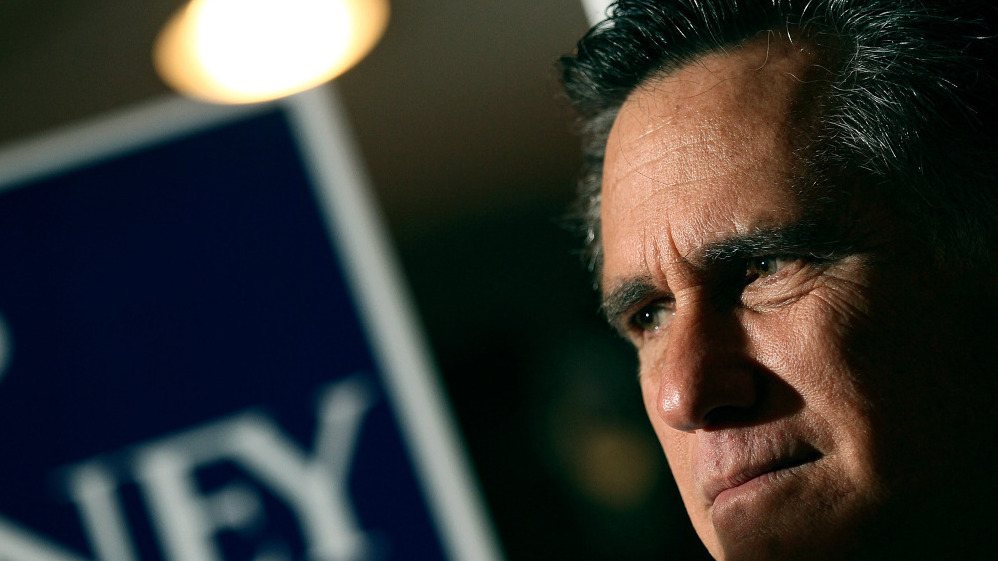 Mitt Romney waits to speak while being introduced Monday during a campaign stop in Mobile, Ala.

For many following the Republican presidential contest, the big question is who's winning.

That's not easily answered if you go only by who has won each state's primary or caucus. But if you measure who's won the most pledged convention delegates, former Massachusetts Gov. Mitt Romney is clearly in the lead.

So much so, in fact, that Romney's campaign insists there's no way his rivals can catch up or keep him from getting the 1,144 delegates needed for securing the nomination in Tampa this summer during the Republican National Convention.

Still, at this point overall, Romney has accumulated 357 pledged delegates, while Santorum, his closest rival, has garnered far fewer than half that many, with 143 committed delegates.

"This is all about delegates, and at this stage we're putting together as many delegates as we can. We've got a good solid lead," Romney said Monday on Fox News, speaking from Mobile, Ala., where he was campaigning ahead of Tuesday's Alabama and Mississippi primaries. "I've got by far the most votes among Republicans so far, so we're hoping to be able to get the nomination at some point."

Just when that point might be, Romney did not say. But he portrayed his victory as inevitable.

"We're going to move to states where I'm going to have much more of an advantage. We're going to move to states that Gov. Romney has proven no ability to really be successful [in]," said Santorum, appearing on NBC's Today Show. "So the math is not the issue. The issue is vision. The issue is that Gov. Romney, having outspent me 10 to 1, is still not able to close the deal and is not on a path himself to get to this."

For Santorum, the race at this point seems to be more about keeping Romney's delegate tally below the magic number of 1,144 than getting to that number himself.

"Romney has a great deal of problems," said John Brabender, a top Santorum campaign adviser. "No. 1, getting to the number himself. Second of all, we believe there will be states that will help us dramatically catch up to him. And third of all, if this did go to a convention, the problem with Romney is that he's seen as the moderate, and at conventions, historically, the conservatives do better than the moderates."

But GOP demographer John Morgan, who is not associated with any candidate, said the Santorum campaign "may be falling prey to the two-letter word upon which most tragedy is built, and that's 'if.' "

Santorum has built his hopes on Republicans arriving in Tampa for their convention without anyone's having won the delegate race, said Morgan.

"He still has to get a lot of delegates accumulated between now and then, and then prevent Gov. Romney from getting to a majority. Meanwhile, he has to continue raising money, and Speaker Gingrich is not likely to get out right away, if at all," Morgan said.

And then there's Paul.

"If another candidate — Gov. Romney for example — reaches 1,144 hard-bound delegates before Tampa, then, we'd likely be ready to concede," said Jesse Benton, Paul's communications director. "But at this point in time right now we see this as wide open; we think we can block any other candidate from getting to 1,144."

Could such a scenario really happen and lead to a brokered convention?

"It's certainly possible that Romney does not get to 1,144, but I think the most likely scenario is that the math just becomes so impossibly difficult for Santorum and Gingrich and Paul that at least Gingrich and Santorum will, you know, see the writing on the wall and hang it up," said Putnam.

Because as Putnam argued, no GOP contender knows the rules about delegates better and has lined up more of them than the candidate who turned 65 on Monday: Mitt Romney.