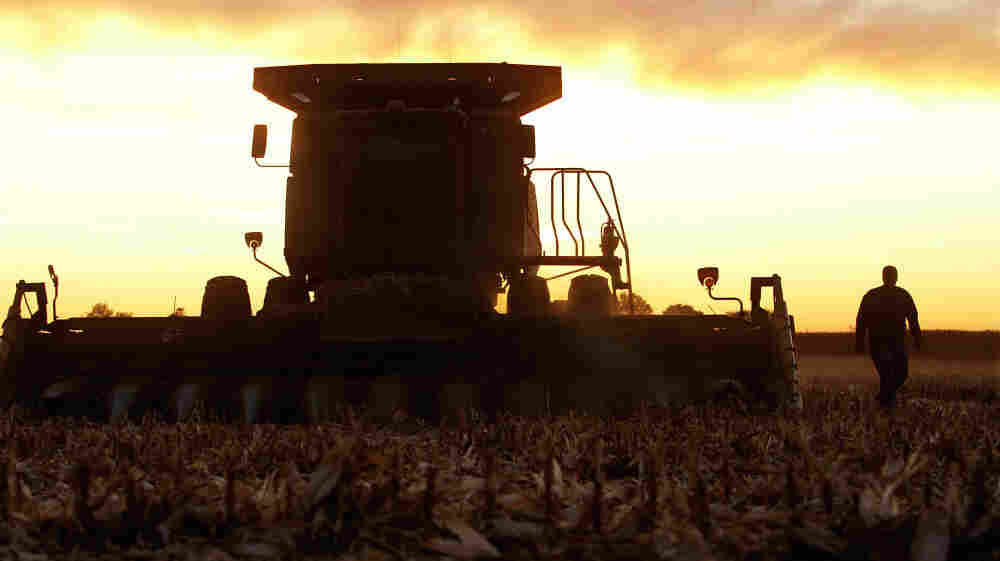 Thanks to high commodity prices and surging productivity, U.S. farmers earned a net income of nearly $98 billion last year — a record, according to the Food and Agricultural Policy Research Institute.

Those strong earnings are helping boost the demand for farmland. In the past year, even as most Americans struggled with falling home prices, farmers saw spikes in the price of land used for agriculture.

As spring now approaches, farmers are gearing up to plant again, and farm stores are humming. At the Farmers Union co-op in Spring Hill, Kan., men in hard-worn canvas jackets are lining up to buy fertilizer and other supplies.

It wasn't always like this. In the 1980s, tens of thousands of farmers went broke and were forced off of their land. That was the era of the "Farm Aid" concerts, held to raise money and help some hang on. The hard times and foreclosures went on for years.

But that has all changed now, says Jason Henderson, who runs the Omaha branch of the Kansas City Federal Reserve Bank. He says farm income has jumped nearly 30 percent in each of the past two years.

"Over the last two, three years, the U.S. farm sector has been enjoying banner farm incomes," he says. "It's been a real boom time." 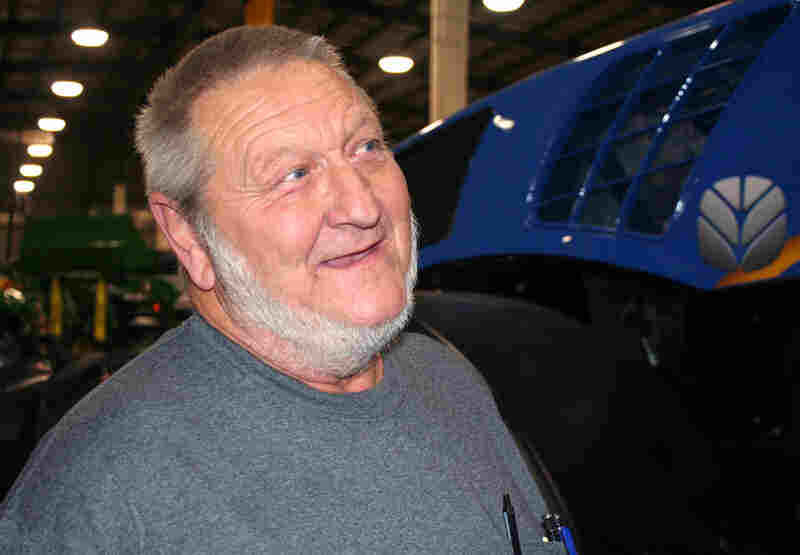 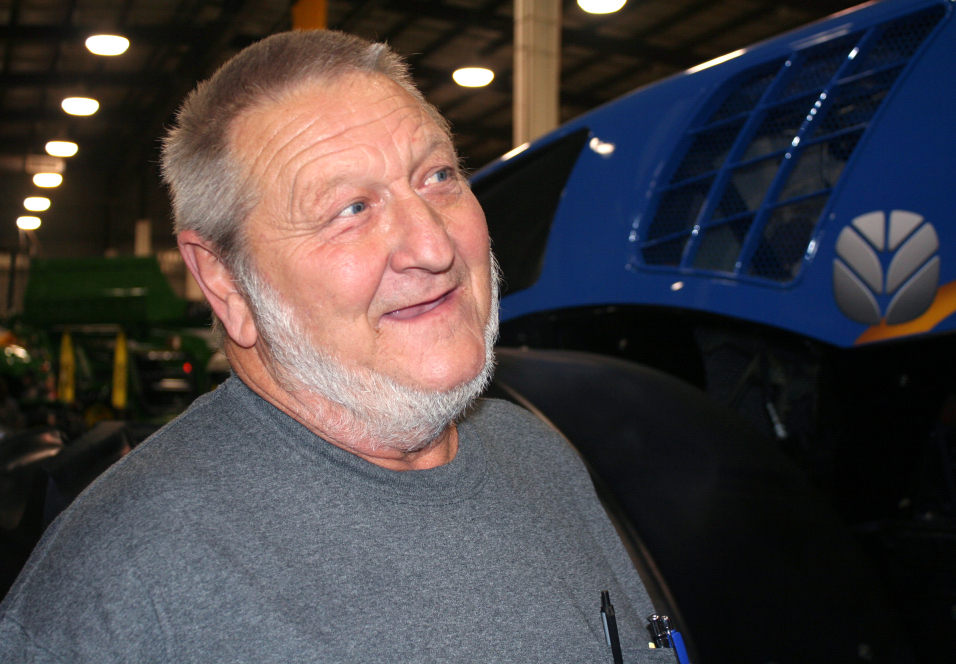 Chad Hart, an economics professor at the University of Iowa, says both prices and production are high.

"As we look at the 2011 corn and soybean crops in this country, they're probably the most valuable crops we've ever produced," he says.

For instance, the value of last year's corn crop topped $76 billion on its own. Economists say two major factors have been driving demand: exports and ethanol.

Exports have been surging to record levels because of China's growing appetite for American farm products. And in the U.S., there has been a rise in consumption of ethanol, a fuel usually made from corn.

It all adds up to high prices, and happy farmers.

Kroll was attending the Western Farm Show in Kansas City, where farmers and their families check out the latest tractors and farm implements. Thanks in part to these enormous and precise machines, modern farmers can work much more land, and get two or three times more grain out of it than their fathers did.

When farmers have money, they generally buy one of two things: land or equipment. Prices for both have shot up dramatically. One item that Kroll looked at with his family was a tractor, priced at $200,000.

"My birthday is Tuesday," he says with a laugh. "Just go ahead and buy it for me. Feel free."

Kroll was joking — but many large-scale farmers, such as Nebraska's Paul Vavre, say that in recent years they have been feeling free to spend more.

"Yeah, I bought a combine and a couple John Deere tractors," he says. "Gets up there — pretty expensive, you know."

Two large tractors and a combine could add up to $1 million and take months to deliver.

Ernie Vietze, who, like many men at the farm show, wore a John Deere shirt and a mustache, says he is selling equipment as fast as he can get it.

"The company is making machines practically as fast as they can make them," he says.

Farm equipment factories are producing jobs twice as fast as the rest of the manufacturing sector. And all that new equipment flooding into the market presents another opportunity for resale specialists, such as Manny De La Fuente.

"You end up with all these used machines, and you've got to have a place to put it. So, overseas is hungry for this equipment," says De La Fuente, the export manager for Arends Brothers LLC, a John Deere farm equipment and tractor dealer.

The company regularly ships trade-in tractors and combines from Illinois to Africa, former Soviet bloc countries and Latin America. He says his exports have jumped 50 percent over the past two years.

How Long Will The Boom Last?

Whether the boom can last is an open question.

At the farm show, John Mino says he just bought a used combine — but he sees leaner times ahead.

"I think it's a cycle," he says. "I think you'll see some tough years ahead. So, hang on, have a few good years — and get ready for something else."

In a report to Congress earlier this month, the Food and Agricultural Policy Research Institute suggested the boom in agriculture may already have hit its peak. It predicts that U.S. farm income will fall slightly this year, to $95 billion. But that remains close to historic highs.