Accessibility links
Slut: The Other Four Letter S-Word Rush Limbaugh said a number of things about Sandra Fluke that created such a stir that he ultimately had to apologize. But most of the reactions focused on that one word: slut. Linguist Geoff Nunberg observes that our reaction to the word says quite a lot about the society we live in. 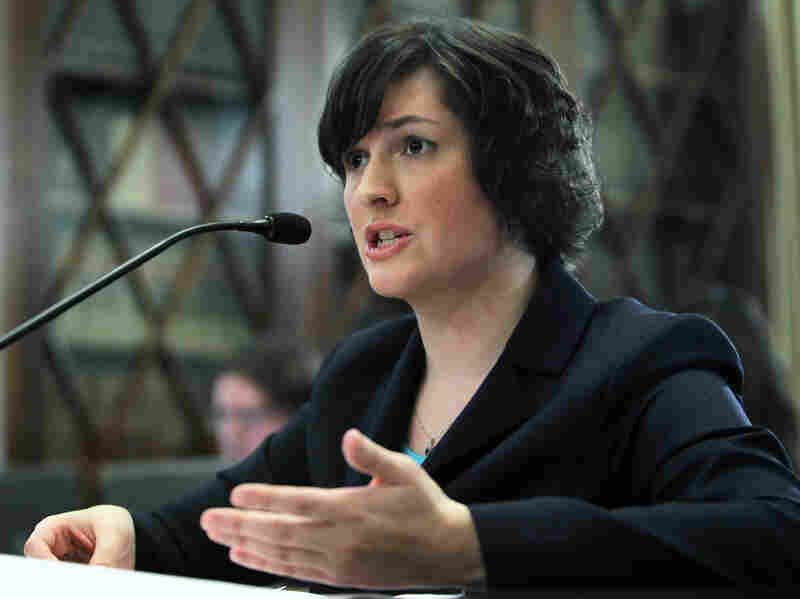 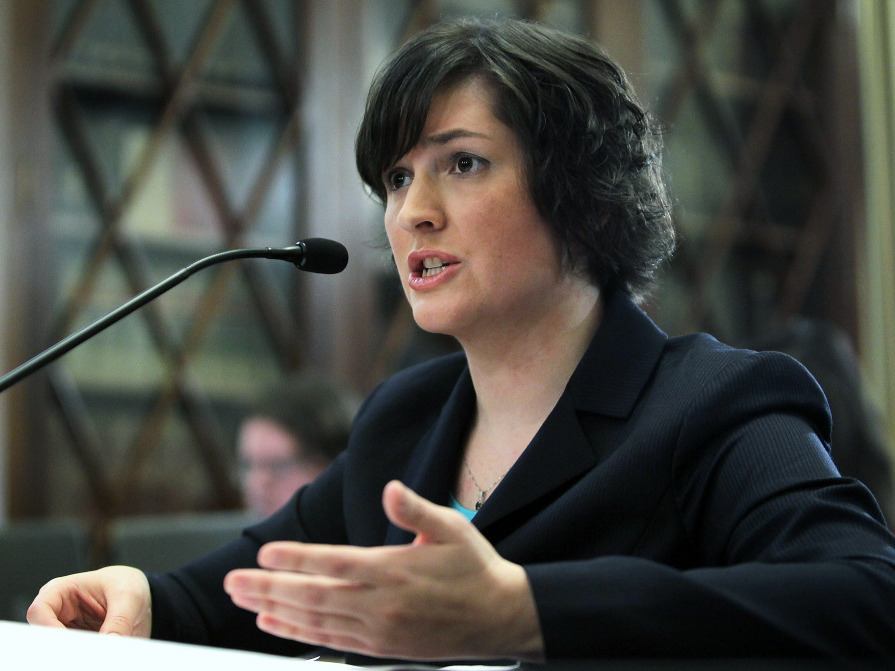 Sandra Fluke, a third-year law student at Georgetown University, testifies about contraceptives and insurance coverage during a hearing before the House Democratic Steering and Policy Committee.

"My choice of words was not the best," Rush Limbaugh said in his apology. That's the standard formula for these things — you apologize not for what you said but for the way you said it.

Though in this case, there didn't seem to be a lot of distance between thought and word. What was the point of saying Sandra Fluke was asking to be paid for sex and then adding "What does that make her?" if not to get to that potent monosyllable "slut"?

Whatever your view of Limbaugh, he's one of our most gifted controversialists, and he must have had a good idea that that word would kick up more of a row than any of the other things he said. Still, he obviously didn't anticipate that the reaction would be so intense that it would drive off advertisers who had been willing to overlook all his previous effervescences about race and gender.

Student Is Outraged By Rush Limbaugh Calling Her A 'Slut' And 'Prostitute' March 2, 2012

It couldn't have landed well. "Slut" is a charged word even when it's just used metaphorically. When MSNBC host Ed Schultz called Laura Ingraham a right-wing slut last year, he had to apologize for his "vile language." And that was just about Ingraham's politics, whereas Limbaugh was trying to discredit Fluke by literally going after her sex life with a word that is freighted with repugnance.

But if most people found the remark offensive, it wasn't always for the same reasons. Some have a problem with the very existence of a word that stigmatizes women who are sexually active or who look as if they'd like to be. In an age when it's obligatory to condemn the double standard wherever it rears its head, the disparity between "slut" and "player" is an embarrassment to the English language.

The objections to "slut" went public last year after a Toronto police constable told a crime prevention meeting that women should avoid dressing like sluts if they don't want to be victimized. In response, several thousand women held what they called a slut walk to protest the whole culture of slut-shaming.

The idea caught on, and slut walks have been held in a number of cities since then. Some feminists object to the term, saying the sexist connotations of "slut" are beyond redemption. And it is hard to imagine "slut" being reclaimed the way "queer" was, as a respectable label for academic programs and cultural centers.

But the word can be undermined and denatured, which is what women are doing informally when they make light of it. Shortly after the Limbaugh story broke, the New Yorker's TV critic, Emily Nussbaum, tweeted, "I am the Whorax. I speak for the sluts."

Maybe someday "slut" will be as comically dated as "bounder" or "cad." But in recent times, it has actually become stronger and more offensive. I was a little surprised when a group of House Democrats reproached Limbaugh for using what they called "obscene language." I've never thought of "slut" as that kind of four-letter word.

But when I look on the Internet, I see all these people spelling it with an asterisk or a dash in place of the U, as if it were too indecent to write out in full. Or sometimes people add, "If you'll pardon my French." That's the way you talk about a naughty word, not about something that's just a sexist slur.

Even the media can be wary of the word. Last week, the Fox News website was prefacing its stories quoting the Limbaugh remark with a warning that they contained vulgar language. And when Casey Anthony's attorney said in his closing remarks last July that she was being defamed as a "no-good, lying slut," CNN's Kiran Chetry spelled out the word, explaining that there might be children listening — though my guess is that spelling out a word is probably the best way to get the attention of any 6-year-old who happens to be in the room when a CNN newscast is on.

Even if not everybody shares that skittishness about saying "slut," it reflects a general feeling that the word is coarse and indecent, and not merely unkind. It may not be quite as taboo as the other S-word or its four-letter companions, but like them, it's contaminated by the impurity of the thing it names.

From that point of view, "slut" is a dirty word because a slut is such a dirty thing to be. In fact "slut" originally meant just a slovenly girl, and it and "whore" are still the two English epithets that are most often modified by "filthy."

Whether you're somebody who rejects the very idea of that stigma or somebody who takes it very seriously, it's disturbing to hear it evoked so wantonly. And however we think of the word now, we can't help recalling the casual cruelty of the middle-school lunchroom where we first learned how vicious it could sound, even though we had only the vaguest idea of what it was about.

I suspect that that memory is another reason why people found Limbaugh's remark so offensive. It told us more than we needed to know about what he was thinking. "What does that make her? It makes her a slut, right?" — as if we were all back in eighth grade, sneaking a smoke with him in the stairwell.