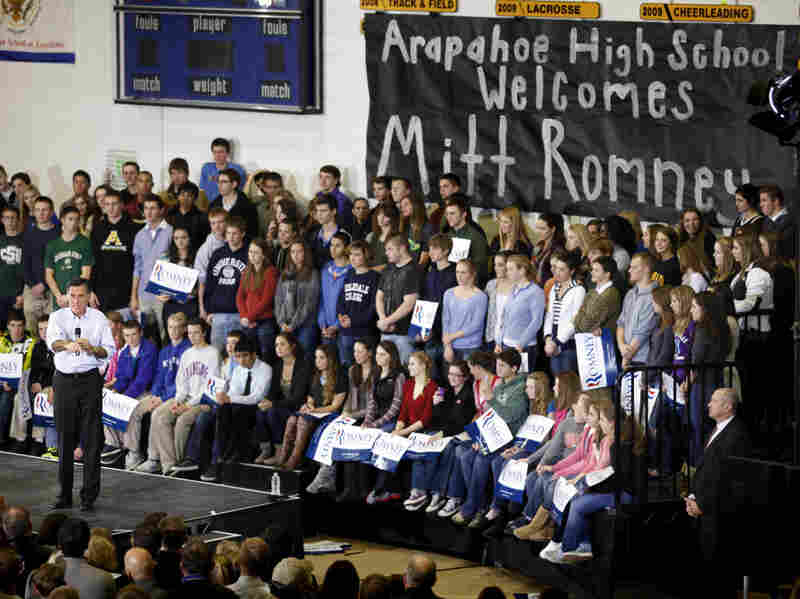 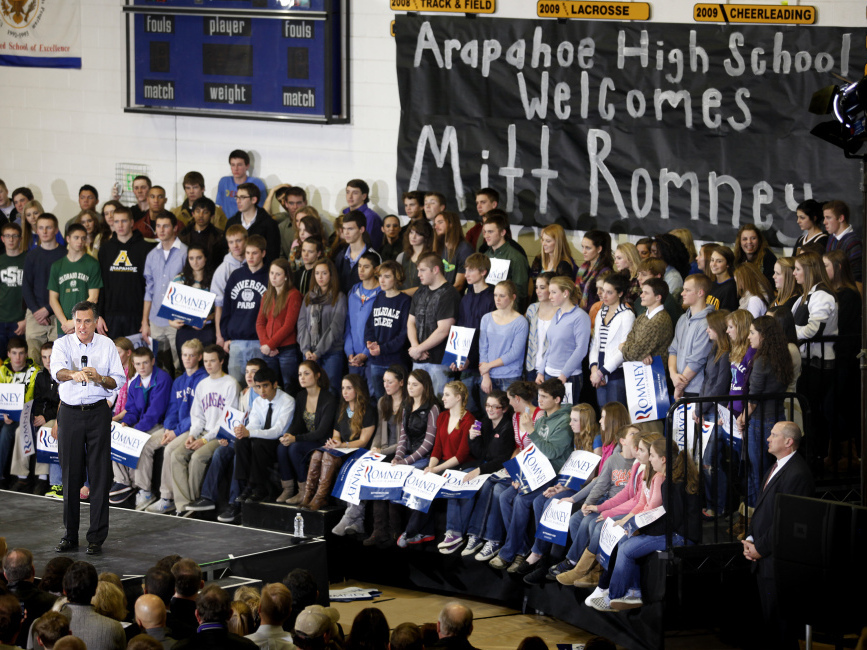 Republican presidential candidate Mitt Romney speaks during an appearance at Arapahoe High School on Feb. 6, 2012 in Centennial, Colorado. Many Republicans argue for more flexibility in hiring and firing teachers.

Read Another Opinion On Public Eduction

Marcus A. Winters is the author of Teachers Matter: Rethinking How Public Schools Identify, Reward, and Retain Great Educators.

Teachers, more than any other feature of a school, determine how well students learn. Parents know it; research confirms it. So it might seem reasonable to expect that securing good teachers would be a well-honed art. Instead, the way we recruit, evaluate, retain, and compensate our more than three million public school teachers is almost entirely unrelated to teacher quality. It's actually worse than that: Modern research provides substantial evidence that the current system is not just bad at finding good teachers but actually incapable of doing so.

Consider the usual requirements for full-fledged admission to the profession — a master's degree from an education college, certification, and completion of three years' probationary teaching in a school. It turns out that none of these can be demonstrated to predict success in the classroom. While most teachers improve in their first three years (and then plateau), the evaluations during probation are seldom more than a rubber stamp. And once past that "screening," a teacher typically receives tenure — virtually, a job for life.

Of course, it is technically possible to fire teachers. But the process is so time-consuming and unlikely to succeed that few principals attempt it. In New York City, only 45 out of the district's nearly 72,000 teachers were fired for any reason during the 2006-07 and 2007-08 school years. Over an 18-year period, 94 percent of school districts in Illinois did not try to fire a single tenured teacher. So teachers hired by criteria unreflective of quality stay on for good.

Nor is their compensation based on their performance. In the vast majority of school systems, public school teachers' pay reflects the number of advanced degrees they have earned and their years in the classroom, neither of which is a predictor of effective teaching. In fact, it has been found consistently that a stunning 97 percent of the variation in teacher quality is not explained by the characteristics prioritized by the current system.

The cure, then, is to turn the system on its head: Open the floodgates to the teaching profession. Any college graduate who can convince a principal to hire her should be eligible to teach in a public school. The success of alternative certification programs such as Teach for America provides clear evidence that great teachers (as well as bad teachers) can enter the classroom through a variety of doors.

Since effective teachers cannot be identified before they teach, what is needed is a meaningful measure of the teacher's independent contribution to students' learning after she is actually on the job. Development of a generally reliable evaluation system is the reform on which all other promising policies hinge. And it can be done — the statistical tools exist to measure the teacher's "value added." Since statistical measures of teacher quality are by their nature imperfect, however, they should not be used in isolation.

Also needed are observations of teachers' performance, though they should be far more rigorous than those currently used. Research shows that principals are capable of identifying ineffective teachers, but they don't do so now because giving bad ratings creates headaches without actually leading to the dismissal of inadequate teachers. If principals are held accountable for their schools' performance, they will have an incentive to assess their teachers accurately and to act on those assessments. Teachers who are not helping their students learn should be removed from the classroom. No student should have to suffer with a bad teacher simply because that teacher has been in the system for more than three years and thus cannot be fired.

Another necessary step is to pay successful teachers more than mediocre teachers. Performance pay would give teachers an incentive to put forth their best effort. But even more important, differentiating pay according to performance would improve retention of the best teachers. The problem with raising all teachers' salaries under the current system is that higher salaries are just as attractive to weak teachers as they are to strong teachers. Higher salaries should go to the teachers a principal most wants to keep.

Continued At The Weekly Standard