Accessibility links
Foreign Policy: No Teacher Left Behind Education is improving worldwide. Charles Kenny of Foreign Policy notes that the good news is that more kids are in school, and for longer, than ever before. But if we want them to actually learn something, it's time to focus on the teachers. 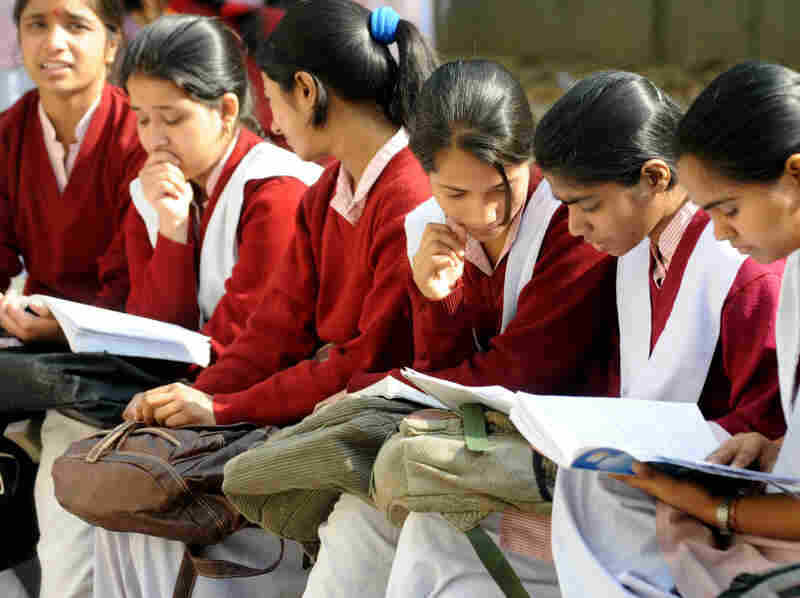 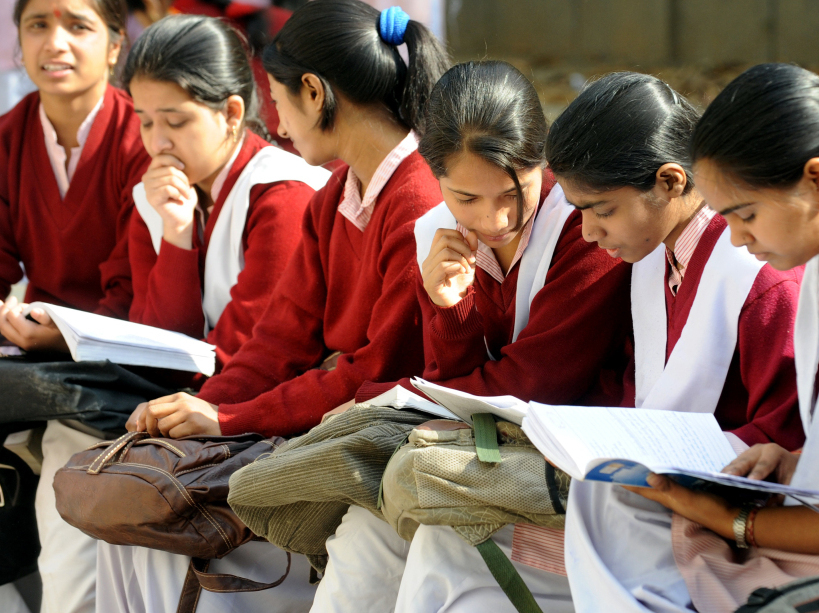 Indian school children prepare for their Central Board of Secondary Education senior school certificate examinations in New Delhi on March 1, 2012. The progress of education worldwide is often hampered by teacher quality.

One of the great successes of global development over the past 60 years has been getting kids in school. In 1950, less than half the world's primary-school-age children were enrolled. Today that figure is trending rapidly toward 100 percent. More schooling is associated with all sorts of good things — not least higher earnings as an adult, lower fertility among girls, and lower mortalityamong their kids. And the world's governments are responsible for educating the considerable majority of those in school — perhaps one out of 10 students at the primary level is in private school. Kudos to the ministries, aid agencies, educators, and parents that made all of this possible.

The bad news is that many of the billion-plus kids in school today aren't learning very much. In fact, in public schools in the developing world, many are learning close to nothing — many kids leave school unable to read or do simple sums. If we're going to convert more kids in class into more knowledge in heads, we're going to have to turn our focus from the students to the teachers — ensuring they have the incentives to perform.

In terms of access to schooling, countries across Africa, Asia, and Latin America are massively ahead of where developed countries were only a little more than a generation ago. According to data from Robert Barro of Harvard University and Jong-Wha Lee of Korea University, Ghana's population (ages 15 and over) had been in school for an average of nearly eight years in 2010. Zambia's averaged nearly seven years, Bangladesh six, and Haiti a little above five. Now consider that France, Germany, and Spain — as recently as 1970 — were all below five years.

At the same time, developing countries have done a lot less well in ensuring kids actually learn something while sitting in class. Despite close to universal enrollment in primary schools in Bangladesh, over 50 percent of 11-year-olds are unable to write basic letters or numerals. International tests suggest the average math ability of Brazilian 15-year-olds is equal to that of the bottom 2 percent of Danish students. In South Africa's Western Cape province, only two out of 1,000 sixth graders in predominantly black schools passed a mathematics test at grade level in 2005.

The problem isn't that kids are incapable of learning. It is true that some children do arrive at school tired from a long walk, malnourished, or weakened by illness — and that can have an impact on test scores. But put even the most disadvantaged children in the right environment, and they learn lots very fast. Take one widely cited example: Sugata Mitra put a computer in the wall of a slum in New Delhi, and within days kids were surfing the Internet and playing games on Disney's website — all without any formal instruction. In other words, slum kids in India can learn enough computer literacy to waste time online as fast as their Western counterparts.

If it isn't that the kids can't learn, is the problem that the teachers can't teach? It is true that a study in southern Africa found many primary school mathematics teachers who actually scored lowerthan their students on math tests. But, as a rule, most teachers still know enough to help their charges learn. In fact, according to Abhijit Banerjee and Esther Duflo at MIT's Poverty Action Lab, the same teachers in an Indian experiment who proved atrocious at providing an education during the semester in public schools turned out to be very effective at teaching literacy in summer camps. Put the teachers in the right environment and kids learn stuff.