Accessibility links
Tea Party Spawns New Effort Against Voter Fraud As part of a new campaign, dozens of citizen groups around the country are searching voter registration lists, looking for problems. Critics say the effort is part of a campaign to suppress the votes of minorities, students and others who tend to vote Democratic. 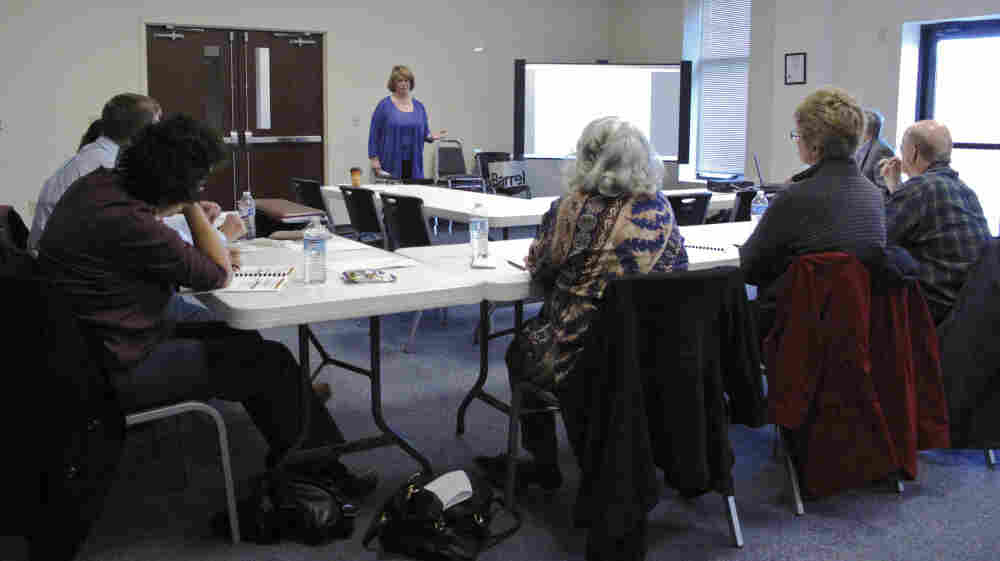 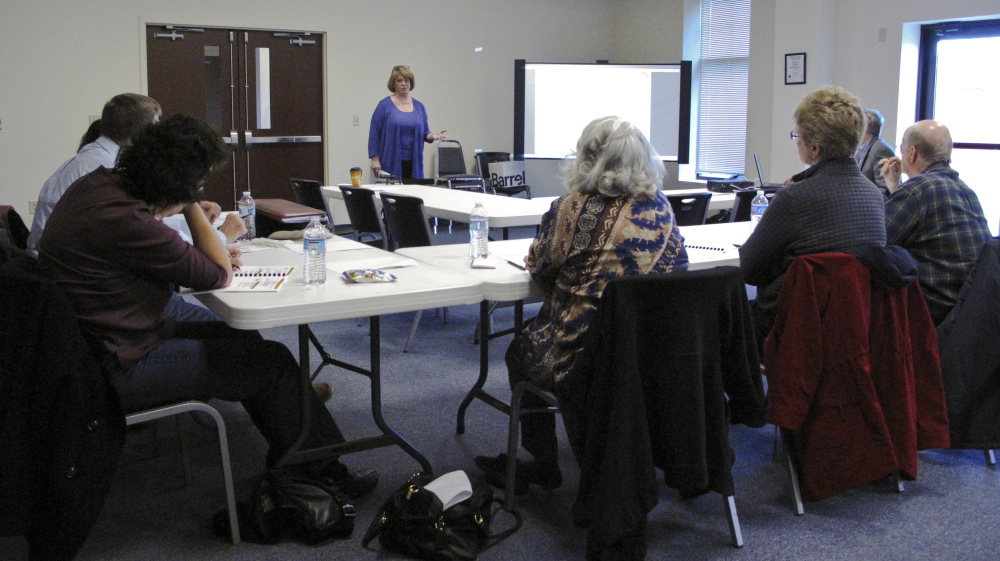 Citizen campaigns such as Election Integrity Maryland are training poll watchers for the upcoming elections. Cathy Kelleher leads a workshop for volunteers in Myersville, Md., on March 3.

As part of a new campaign, dozens of citizen groups around the country are searching voter registration lists, looking for problems.

They're also training poll watchers to monitor this fall's elections.

Leaders of the effort — spawned by the Tea Party movement — say they want to make sure that elections are free from voter fraud. But critics say it's part of a campaign to suppress the votes of minorities, students and others who tend to vote Democratic.

Cathy Kelleher and Cathy Trauernicht say that's not true. They're founders of Election Integrity Maryland, one of the groups involved. They call themselves concerned citizens.

For several months, they and other volunteers have been meticulously combing through the voter registration rolls in Montgomery County, Md. They've been matching each publicly available voter record against databases, like property tax information, for signs of irregularities.

Kelleher logs on to Trauernicht's home computer and finds one example — a man who appears to be registered at a nursing home. She notes that his voter record shows his birth date as 1931, which is a red flag.

So Kelleher goes to a website called tributes.com, which carries obituaries. She finds one listed from last April for a man with the same name, address and birth date. She then notes on the computer that her group plans to challenge the legitimacy of this registration.

Kelleher says out of the first 7,000 voter records they reviewed, they found 5,400 irregularities and have reported this to local and state election officials. Those officials say those numbers are way overblown. They say they've reviewed the challenges and that most of the inconsistencies can be explained, or that they don't have enough information to take someone off the rolls.

A recent report from the Pew Center on the States found the nation's voter rolls were rife with problems.

They're also correcting a handful of duplicate registrations. And they say the state doesn't have a problem with voter fraud.

Still, it's no secret that the nation's voter registration lists are a mess. A recent report by the Pew Center on the States found that almost 2 million dead people were on the rolls.

Trauernicht says that makes it hard to trust the system.

Election Integrity Maryland is also training people to be poll watchers, the eyes and ears of citizens at the polls.

On a recent Saturday, Kelleher — a Realtor by profession — explained the do's and don'ts of state elections to a half-dozen trainees.

"You have a very narrow window to identify that somebody should not be allowed to vote," she said. "Get the attention of the chief judge and take care of it."

She told the trainees that the only time a voter in the state can be challenged is if the poll watcher has reason to believe the person isn't who he says he is.

These efforts are not taking place in isolation. They're part of a campaign involving groups in at least 30 states.

They're fueled in part by a belief that voter fraud is rampant — even though there's little evidence to back that up.

Reagan George, who says he's a Republican who's active in the Tea Party, recently formed the Virginia Voters Alliance to monitor voting in his state.

"As I look at it, my bank has never been robbed," he says. "But I certainly expect my bank to have procedures and items in place that make it either hard to rob or make it easy to identify the people that robbed it." 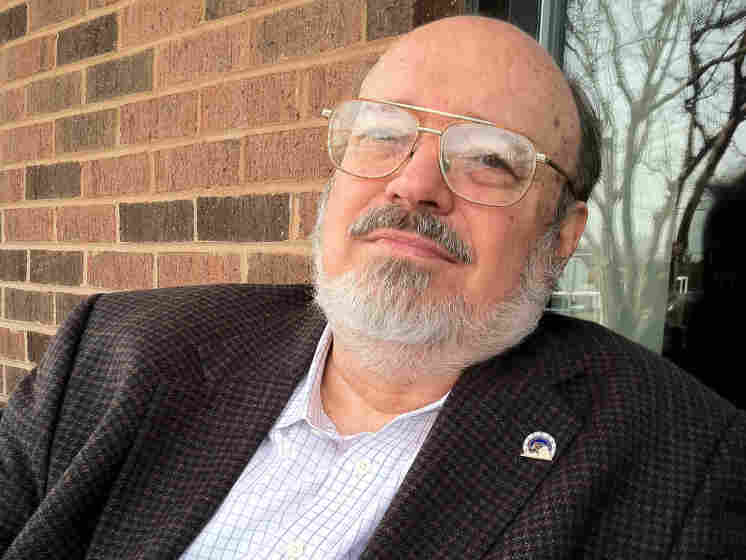 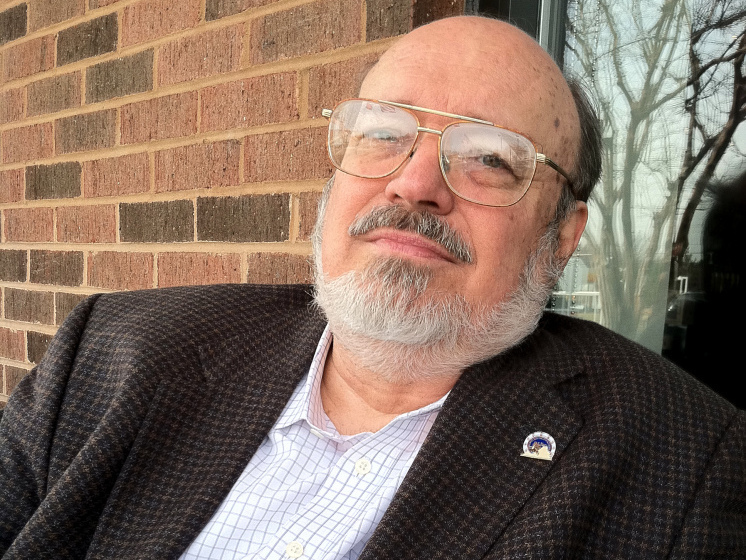 Reagan George founded the Virginia Voters Alliance to monitor voting in his state.

If George, Kelleher and Trauernicht are the foot soldiers in this campaign, Catherine Engelbrecht is the general.

She heads True the Vote, an initiative started by the King Street Patriots, a Tea Party group in Houston.

True the Vote trains the state activists and gives them the software and databases they use to check their local registration rolls. Engelbrecht optimistically predicts 1 million volunteers by Election Day.

"Our goal is not to have True the Vote cottage industries all over the nation," she says. "But rather to just help support and stand alongside fellow citizens in other states and encourage a national call for election integrity on all sides of the aisle."

But critics say these efforts are far from nonpartisan. They note that True the Vote is aligned with conservatives and Republicans who are behind a wave of new voter ID laws, which opponents say will block some legitimate voters from the ballot box.

Judith Browne Dianis is co-director of the Advancement Project, a voter advocacy group. She says her organization and others will be watching True the Vote and its poll watchers, what she calls "the voter suppression posse."

"The concern is that this organization that says that they're about the integrity of elections is actually about undermining democracy," she says.

But Rick Hasen, an election law expert at the University of California, Irvine, says there's hyperbole on both sides of this debate. He's the author of a forthcoming book, The Voting Wars.

Hasen doubts that millions of voters will be intimidated or blocked from the polls, as some have claimed. But he also says voter fraud is almost nonexistent. He's worried about the impact of all the charges and countercharges.

Instead, he says, they could pursue real efforts to reform the system, like giving election officials enough money so that they can clean up the voter rolls.