Accessibility links
Movie Interview - 'Bully' - An Intimate Look at School Bullying The documentary Bully follows several middle- and high-school students who are victims of bullying. The Motion Picture Association of America gave the film an R rating for its language. Robert Siegel talks with director Lee Hirsch about the film and its ratings controversy. 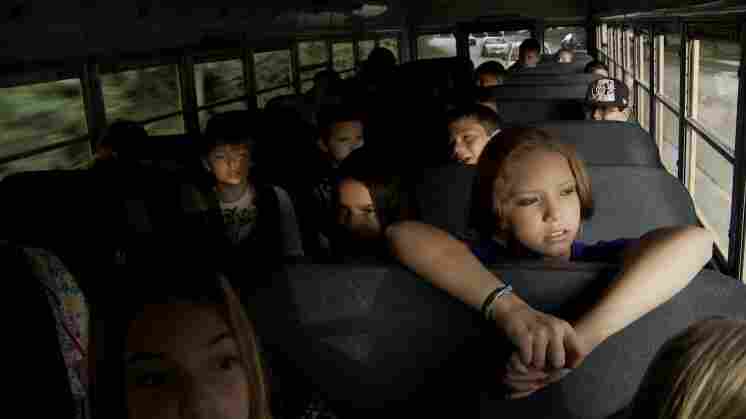 Road Rage: As documented in Bully, the school bus is a prime venue for students who target other students for verbal and physical abuse. Weinstein Co. hide caption

The documentary Bully follows several middle- and high-school students who are different, awkward or for some other reason the targets of bullying. One of the kids at the center of the film is Alex, from Sioux City, Iowa.

In the film, Alex, a small boy, says people think he's not normal, and most kids don't want to be around him. And some kids at his school, or on the school bus especially, make his life miserable.

Director Lee Hirsch says Alex immediately struck him as someone who was having a hard time — and no one seemed to notice or really care.

"He's a remarkable kid," Hirsch tells NPR's Robert Siegel. "We met Alex on orientation day for his seventh-grade year; he was off sitting by himself, and the world just sort of passed him by as if he did not exist. One of the things that we were thinking about was this idea that some would say that a school doesn't have bullying — or 'I don't see it.' We were sort of thinking that, actually, if you're looking for it, it's very easy to see."

In the course of shooting the movie, Hirsch not only documented Alex's complaints, but also filmed actual incidents in which Alex was hit and verbally abused on the school bus. Hirsch says he was surprised that the bullies seemed undeterred by the presence of a camera — but he also can understand it on a couple of levels. 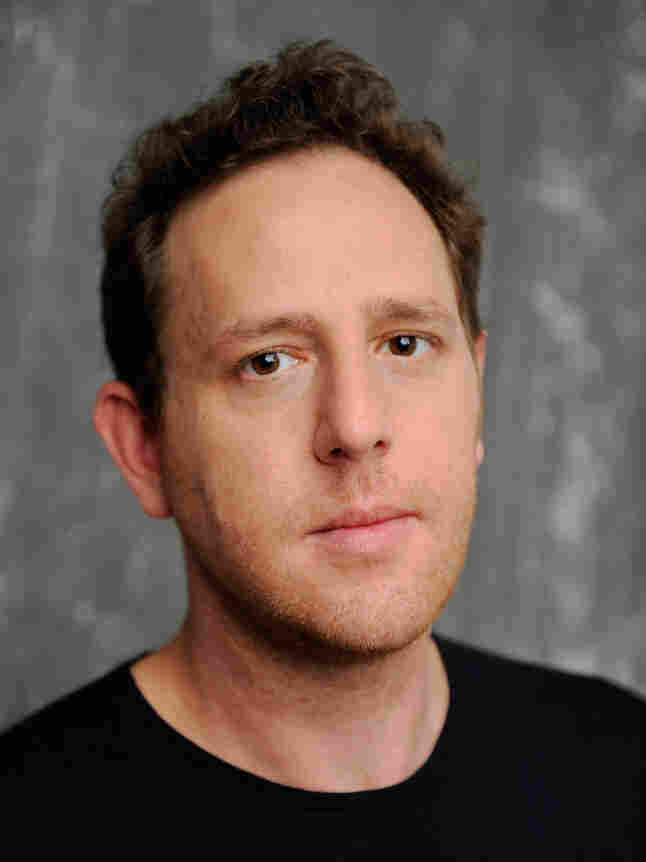 "That particular world, that world of Alex's school," Hirsch says, "was a world where kids had become quite used to being able to bully Alex. I think the sense of consequence was very low."

Hirsch adds that the small scale of his production may have helped him capture real moments between kids.

"In our case it was just me alone and a very small camera that looks like a still camera," Hirsch says, "and I think that that sort of low profile also really helped."

Another scene Hirsch says audiences are reacting to is between an assistant principal and a bullying target named Cole. After the administrator dismisses the boy accused of the bullying, she tells Cole that because he didn't accept the boy's apology, he's being just like him.

"By not shaking his hand, you're just like him," the assistant principal responds.

"Like someone who pushes you into a wall, threatens to break your arm?" Cole says. "Threatens to stab you and kill you? Shoot you with a gun?"

"He apologized," the assistant principal says.

A Question Of Generational Expectations?

The moment highlights a trend Hirsch says he has encountered repeatedly with teachers and administrators.

"We're not just a film; we have a whole social-action team," he says. "We have 25 partners, we're working with education associations, we're working with the teachers union, and what we hear over and over again from teachers and administrators is they don't have sufficient training and tools to handle many of these situations."

The question of how to respond appropriately and effectively to bullying is at the heart of Hirsch's film. Hirsch says it's not just a question of attitude, but of generation.

"Because I'm not an expert — I'm a filmmaker — I would say it's not about the act of shaking a finger, or ... stern discipline," Hirsch says. "Bullying is something that your generation and my generation of folks didn't think about, didn't talk about. It was wrapped with shame, it was wrapped with silence. We were told when we were kids, 'This is normal' — that this is a rite of passage, that kids will be kids and boys will be boys."

Along those lines, the advice that Alex's father gives him is that if someone bullies you and you don't stand up for yourself, the bully will do it again. Hirsch says it's not necessarily bad advice.

"The issue becomes, 'What if your child can't have that response?' " Hirsch says, "and they can't make it stop, and they feel like they can't speak to their parents because their father will be ashamed of them? One of the things this film raises is, families are struggling and looking at how do we talk to our kids about this? How do we help our kids on this?"

Among the major questions surrounding the film is its rating — it drew an R from the Motion Picture Association of America for its language, a ruling that will limit the movie's accessibility.

"It's absolutely heartbreaking to receive this kind of a rating," Hirsch says. "In essence the irony is, in a way, they're saying kids can't see the real life that they actually live. ... I can promise you that that language is nothing new for any student or child in this country."

Asked whether he would edit the film so it could get a PG-13 rating, Hirsch says he believes Bully should be released as is.

"At the end of the day, if we had to do that, I would probably be open to it," Hirsch says, "but ... it has to be seen in a way that's honest. And if we whitewash these experiences again, we're sort of back into that landscape of minimizing the experience of bullying, making it more palatable. That would be a great disappointment to me."