Accessibility links
Optimism Rising Along With The Number Of New Jobs The spike in consumer sentiment came as companies began stepping up their hiring in January and February. "People pay close attention to the jobless rate," says Carroll Doherty of the Pew Research Center. 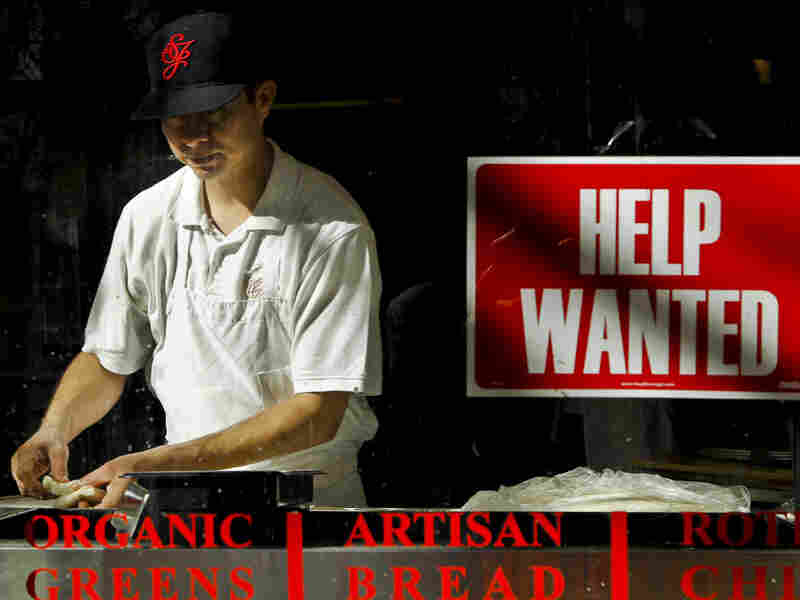 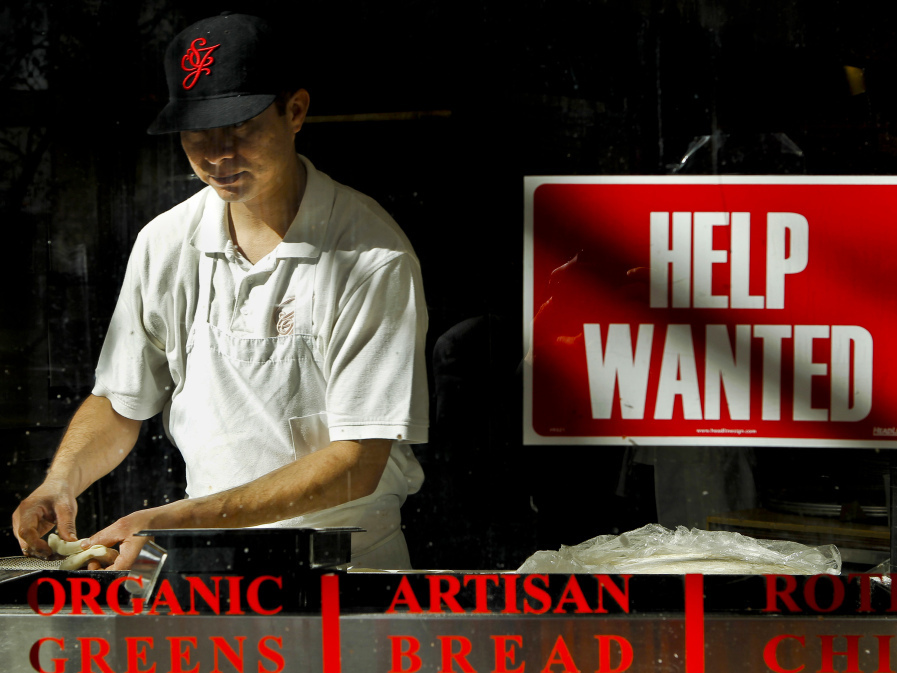 Economists say job growth plays a big role in how consumers are feeling about the U.S. economy.

As 2011 was winding down, consumer spirits were starting to rise. Now the momentum has carried into the new year, with polls showing consumer sentiment continuing to improve.

Economists say that negative factors, such as falling home values or rising meat prices, are nowhere near as important as the growth in jobs.

"People pay close attention to the jobless rate," said Carroll Doherty, an associate director at the Pew Research Center. "That's a number that matters to people, especially the trajectory."

Nationwide, 44 percent of Americans polled said they believe the economy will be better within a year. As recently as December, only 28 percent were feeling positive.

That spike in positive sentiment came just as companies were stepping up their hiring. Labor Department data show that in January and February, employers added more than a half million jobs. The unemployment rate is now holding at 8.3 percent, down from its 10 percent peak in October 2009.

'Consumers Are Holding Their Own'

So far, that positive hiring trend has been strong enough to offset the bad news about rising gasoline prices. Consumers are continuing to spend at a healthy pace despite the dollar drain at the pump. On Tuesday, the Commerce Department said retail sales rose 1.1 percent in February.

"Clothing and department stores came on like gangbusters in February," said Chris Christopher, U.S. economist for the forecasting firm IHS Global Insight. "Consumers are holding their own."

Richard Curtin, who directs the Consumer Sentiment Survey at the University of Michigan, says government reports on employment don't shift, so much as confirm, people's own observations about the job market.

"Consumers really have their ears to the ground and have noticed this well before the positive job reports of the government," Curtin said.

But the rising sentiment is based on what Americans think will happen in the future, not on their current situation, he added.

"Everyone recognizes it takes time for their own situation to improve," he said. "What's different this time is that this gap between an improved economy and still dismal finances is larger than usual, and it will probably last longer given how deep the recession was."

Betsey Stevenson, a professor at Princeton University, says one thing that would boost her optimism is seeing people walk away from their jobs — if they are heading to better jobs.

"What we want to see is actually more people quitting," said Stevenson, the former chief economist in the Obama administration's Labor Department. In this recession, the quit numbers plummeted, she noted.

"One of the ways in which the U.S. labor market works so well — when it works — is that we have a lot of churning. People leave their jobs, and other people are able to get those jobs," she said. "As a result, we get people in the job in which they're the most productive. Well, when that process stops, it slows everything down. It really clogs up the system."

Eric Sandigo, 30, is one of those who want to be part of the job churn.

He landed work at Kodak straight out of college. The company filed for bankruptcy protection in January. As departments closed and money for training dried up, Sandigo says he sees no management position to climb into.

So he has started looking around. Recently, he got his first new job offer. But it was a temporary position, so he had to turn it down.

"It was a risk because it was moving out of the city and there wasn't any guarantee of staying after the assignment," he said.

When Sandigo feels he can take such risks, Stevenson explains, he'll not only be feeling more confident, but he'll also know the recovery is here to stay.