Accessibility links
Movie Review - 'Jeff, Who Lives At Home' A 30-year-old dreamer (Jason Segel) living in his mother's basement leaves the nest on a quest to find his destiny. Critic Ian Buckwalter says indie directors Jay and Mark Duplass have turned in a dryly funny film that finds emotional richness in unlikely places. 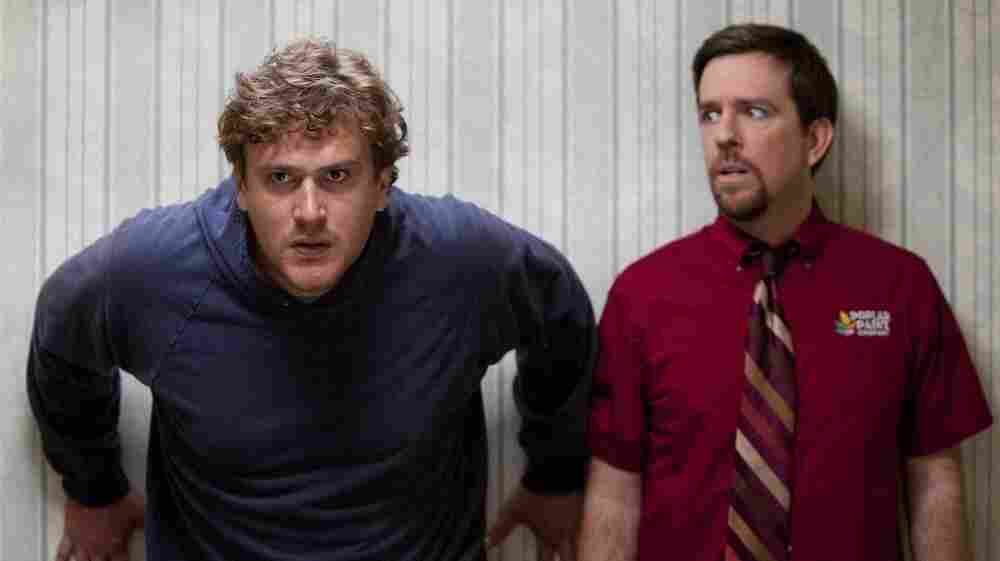 After leaving his mother's basement, Jeff (Jason Segel, left) encounters his brother Pat (Ed Helms), who fears that his wife (Judy Greer) is having an affair. Paramount Vantage hide caption

Jeff, Who
Lives At Home

Jeff believes in the guiding hand of destiny. He believes in following his bliss. He believes fate has a plan for him. The only problem: All roads provided by those powers tend to lead to the couch in his mom's basement, a well-worn bong, and an over-watched copy of M. Night Shyamalan's Signs.

This gentle slacker is waiting — much to the consternation of his mother and older brother — for the universe to show him his path to greatness. Given his inertia, he might seem an unlikely candidate for an inspirational hero. Similarly, the unassuming, dryly funny, often ramshackle Jeff, Who Lives at Home — the latest from director brothers Jay and Mark Duplass — seems unlikely to be as emotionally rich as it is. Both Jeff and the film have a way of sneaking up on you.

Thirty-year-old Jeff (Jason Segel), isn't the only one who starts this film lacking some direction. There's his brother Pat (Ed Helms), a crass retail manager who opens the film trying to butter up his wife (Judy Greer) with an elaborate breakfast in the hopes that she'll finally let him buy that Porsche he's been eyeing. From the looks of it, the car probably costs more than the entire rundown building where they rent a small apartment — notwithstanding his contention that "With no money down, it's practically free!" It's no surprise when we soon find out she's thinking of cheating on him.

Sharon (Susan Sarandon), Jeff's mother, works a nondescript office job. She keeps a picture on her desk, not of anyone in her family but of a waterfall: It's her occasional escape from life into a relaxing daydream, and a path to serenity when Jeff fails to assist her with even the most basic household chores.

It's one of those chores that sets the film's plot — which is contained entirely within a single day — into motion. Sharon sends Jeff out on a mission to get some wood glue to fix a shutter. But the easily distracted Jeff, convinced by a random occurrence earlier in the day that something significant will happen to him if he finds a mysterious "Kevin" that the universe is intent on his meeting, quickly quits that quest, allowing destiny to take the lead.

The Duplass brothers, who cut their teeth within the loosely defined micro-indie mumblecore movement, made their first forays into more mainstream filmmaking with 2010's Cyrus. With Jeff, they step further into more commercially accessible waters, but without really sacrificing many of their defining characteristics. 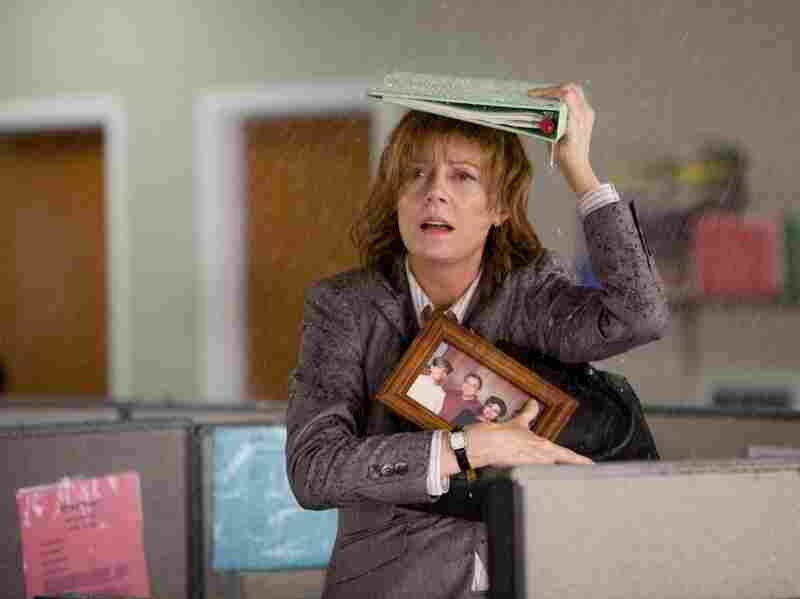 The loose, semi-improvisational feel and handheld cameras that define mumblecore are still here, along with the brothers' favorite camera trick, the quick zoom in to highlight an emotional moment. That technique remains spotty in its effectiveness, often drawing more attention to itself than to the emotions of the character suddenly crowded into the frame, but its use here is judicious enough that it does eventually blend into the background.

The central tenet of Jeff's philosophy — that everything happens for a reason — could come across as facile, pseudo-inspirational claptrap. But the brothers Duplass never lend too much credence to Jeff's more new-agey leanings. His obsessive analysis of Signs, dictated into a tape recorder while sitting on the toilet in the movie's opening monologue, should be hint enough not to take him too seriously.

Instead, they engineer coincidences, acting themselves as the hands of fate, that lead Jeff, his brother and his mother to an unlikely point of intersection. As improbable as the situation becomes, the directors are merely providing a slightly self-consciously cinematic environment in which transformative events can happen. Beyond that, the characters are on their own. As a result, the film's warm, inspirational finish feels like a surprise, but not at all like a cheat.