Accessibility links
Movie Review - '21 Jump Street' - One Remake That Isn't A Crime In a self-conscious remake of the '80s TV series, two rookie cops — played by Jonah Hill and Channing Tatum — go undercover as high school students. Critic Andrew Lapin says the movie entertains precisely because of its devil-may-care approach to being a remake.

'21 Jump Street': One Remake That Isn't A Crime

'21 Jump Street': One Remake That Isn't A Crime 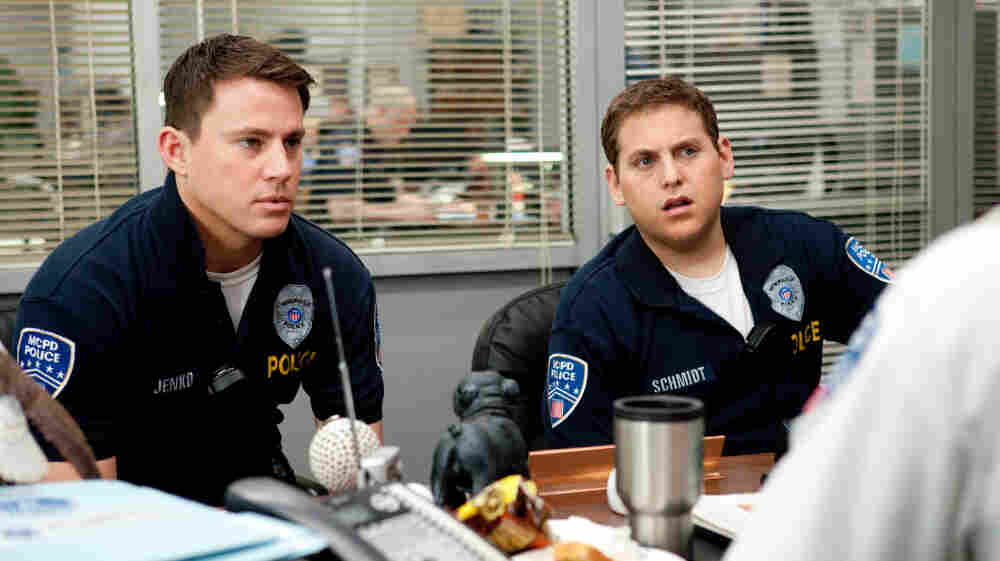 It was inevitable that one of Hollywood's many recent reboots would eventually attain sentience. Hence the arrival of 21 Jump Street, a film that not only knows it's a remake, but knows how absurd it has to be to succeed as a remake.

This particular edition of "Hey, you've seen this before" is based on an '80s TV series about cops who posed undercover as high school students — a show that far fewer people would remember now if it hadn't starred a young Johnny Depp. In fact the impetus for this reawakening is so transparently flimsy that the movie acknowledges as much with a shrug: "They lack creativity," a deputy (Nick Offerman) tells incompetent cops Schmidt (Jonah Hill) and Jenko (Channing Tatum) when explaining why the police department is reviving "a canceled program from the '80s."

Any other objections over the premise's absurdity? 21 Jump Street will dismiss them, too. Tatum looks way too old to pass for 17 — which his teachers acknowledge. Ice Cube plays a stereotypical angry black police captain — but don't tell it to his face. Schmidt and Jenko are welcomed as new students only a month before prom — whatever, man. Want to see some explosions?

The devil-may-care attitude is what makes 21 Jump Street so entertaining. With no need to feign loyalty to their source material, directors Phil Lord and Chris Miller can shove together a bunch of outrageously contrived set pieces just to see what happens. Neither Hill nor Tatum has any interest in channeling a young-Depp smolder, so instead they bounce casually off each other with the ease of faded jeans in the spin cycle, riffing on everything from Miranda rights to proper car-chase technique.

Hill is reliably entertaining here, still able to wring laughs from awkward vulgarity even after his serious Oscar-nominated number-crunching in Moneyball. But Tatum is the real surprise: Generally better known for pure-muscle roles in films like Step Up and G.I. Joe, the former stripper proves he has adept comic chops. When he reveals a long-held prom fantasy (it involves doves), there's a yearning in his eyes that is all the funnier for its believability. 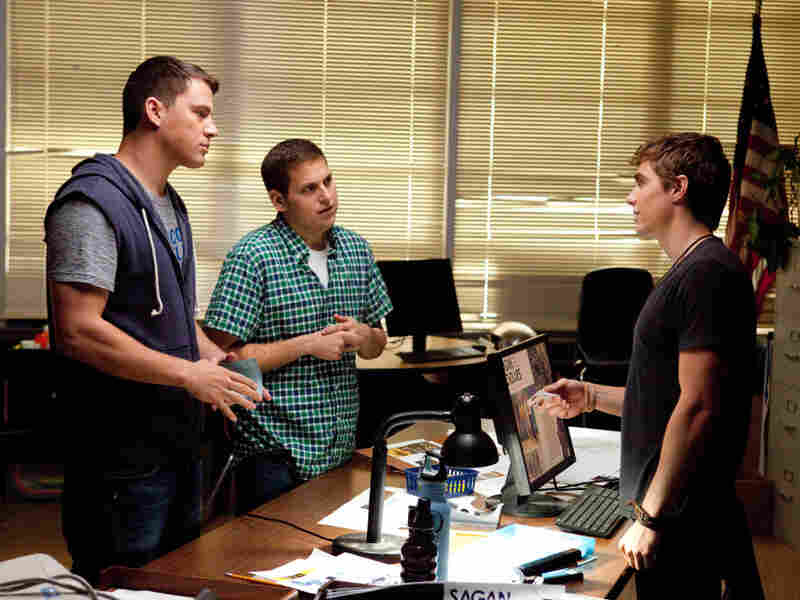 21 Jump Street takes special pleasure in subverting expectations. Despite Ice Cube's early instructions to "embrace your stereotypes," Schmidt and Jenko end up embracing each other's due to a careless mix-up on the first day of school, making Hill the cool kid and Tatum the nerd. And as they attempt to reinvent themselves on the fly, the duo become amazed to learn how much high school has changed. The drug dealers drive hybrids, no one calls each other on the phone anymore, and it's no longer acceptable to exert your dominance by face-punching the first guy who looks at you funny. It's a premise that cleverly subverts the movie's reason for being: Just because you've done it before doesn't mean you'll know how to do it again.

Screenwriter Michael Bacall, who shares a story credit with Hill, also co-wrote another 2012 teen raunch-com, the grotesquely sleazy Project X. How to explain why this one works when that one didn't? 21 Jump Street subverts expectations again by respecting its characters enough to give them motivations and personality, instead of simply pumping them full of substances. Though the movie has its fair share of those, too: In the funniest scene, Schmidt and Jenko ingest, while at school, the very drug they're supposed to be putting a stop to.

Is the film too long? Does it go for the easy laugh a few too many times? Whatever, man. If remakes must exist, they all should try to jump this high.