Accessibility links
Defense Contractors See Hope In Homeland Security With defense spending taking a hit, contractors are looking for new markets. The Department of Homeland Security is one of the most promising — especially border security. At a recent expo, businesses showed off their goods that might help strengthen America's borders. 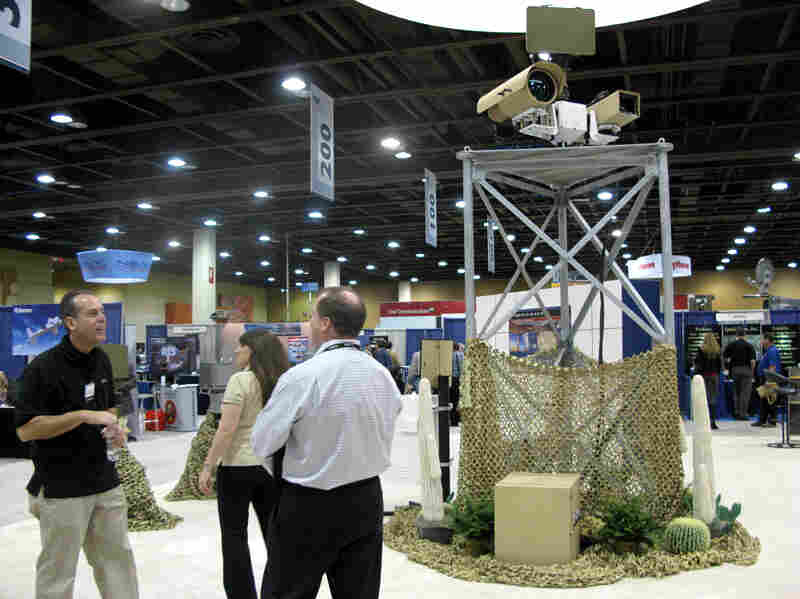 A vendor talks to attendees at the Border Security Expo in Phoenix, Ariz., next to a display of sophisticated cameras and sensors painted to blend into the desert. Ted Robbins/NPR hide caption 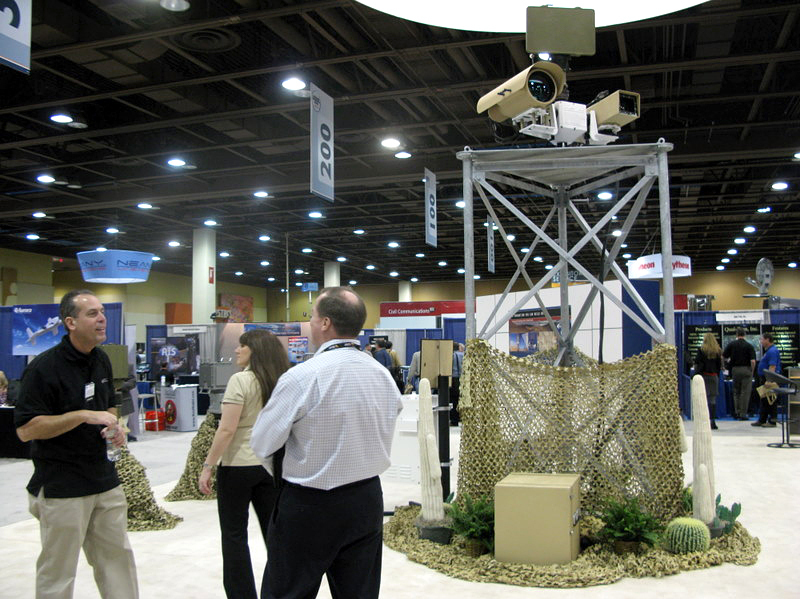 A vendor talks to attendees at the Border Security Expo in Phoenix, Ariz., next to a display of sophisticated cameras and sensors painted to blend into the desert.

The Defense Department is bracing for billions of dollars in budget cuts — and that has defense contractors looking for new markets. Homeland Security is one of the most promising, particularly border security, which hasn't suffered any big cuts. So companies are lining up in hopes of landing a contract.

At a border security trade show in Phoenix, Ariz., there's enough surveillance equipment on the floor of the convention center to spot a federal appropriation from 5 miles away.

The Border Security Expo has aerial drones, radio monitors, heat-sensing goggles, even a little blimp with a camera on it. In one area, Bobby Brown stands in front of what he calls a sensor suite.

"A night-imaging camera," he says, "which means you can look into the darkness as if it's daylight. And then a daylight camera for daylight hours, and then on top of it is a radar — a ground surveillance radar."

Brown works for Telephonics Corp., a subsidiary of Boeing. His company already has similar towers along the border. But he's anxious about an upcoming contract to sell more to Customs and Border Protection offices this year.

"That's a $1.6 billion potential award. Billion," he clarifies. "Yes. And I take heartburn medicine every time I think about it."

Maybe that's because cuts at the Pentagon make the civilian market more important. DHS has about $4 billion to spend on technology this year alone.

Border Patrol Chief Mike Fisher is at the border security expo scrutinizing the products "so that me and my staff can actually sit around and make the right decisions for the American tax dollars that, you know, are really critical," he says. "And it's also critical to our border security mission." 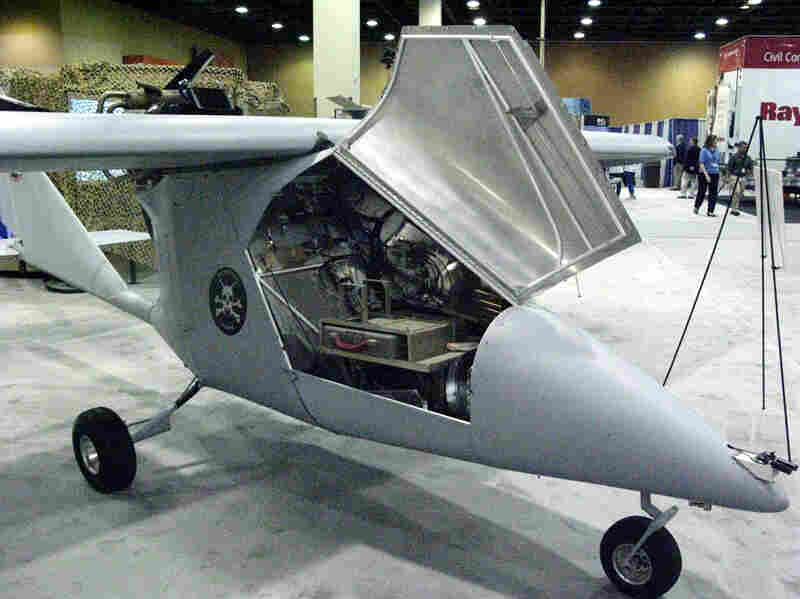 A drone aircraft is displayed at a border security trade show held this month in Phoenix. Ted Robbins/NPR hide caption 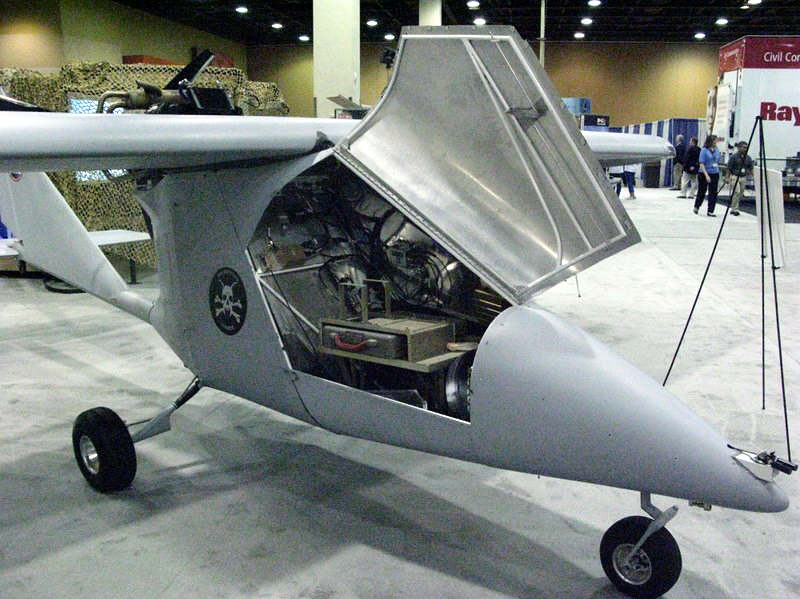 A drone aircraft is displayed at a border security trade show held this month in Phoenix.

Other countries, such as Canada and Mexico, also have representatives here. So do police departments inside the United States. They hope to take advantage of technology developed for war.

Exhibitor Jackie Hoover is showing off a field unit that intercepts and records all radio traffic within a 20-mile radius.

On the border, the technology would be used to track drug and people smugglers.

If there's a trend at the show, it's unmanned aerial vehicles — drones. Dave Sliwa from Insitu, another Boeing subsidiary, shows off the 40-pound Night Eagle.

"It's made to fly very silently," he says, "so it can observe things from very close range without being observed itself."

The government sees drones as a cost-effective way to patrol the border. And new models are much cheaper than they used to be, which is one reason defense analyst Loren Thompson says this technology transfer is a good thing.

"Anytime the government can find broader applications for a technology developed primarily for military purposes," he says, "it's saving taxpayers money and it's being more efficient in the broader economy."

The bigger question is whether, in an era of massive budget deficits, the government is getting its money's worth buying this technology at all.

The Department of Homeland Security has been criticized for years for not having clear goals, or not adequately measuring whether it's meeting them. The agency says it hopes to have a more accurate metric — a measurement of border security — sometime this year. In the meantime, the checkbook is open.