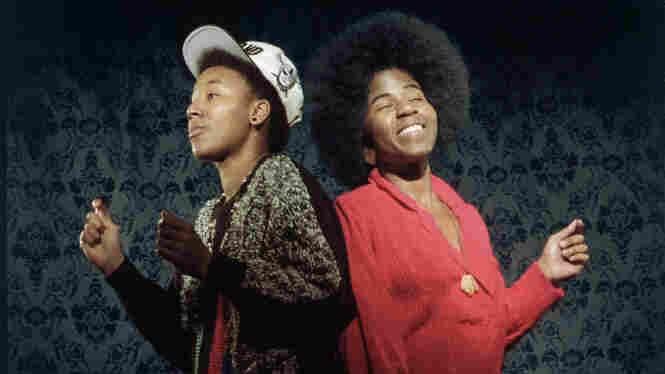 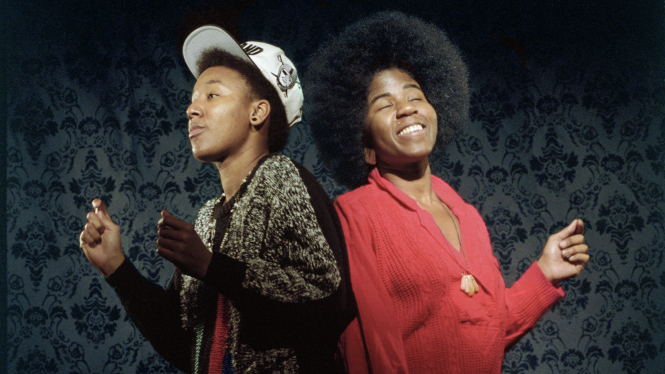 David Belisle/Courtesy of the artist

It's no coincidence the first word spoken on THEESatisfaction's awE naturalE is "yeah." The Seattle hip-hop duo of Stasia Irons and Catherine Harris-White breathe fire without ire on their first official album, a 30-minute séance three years in the making. Stas and Cat have a few mixtapes and CD-Rs to their credit, but awE naturalE is the first recording to render their strand of Afro-futurism in HD, and it's a thing of black beauty.

"Whatever you do, don't funk with my groove," sings Harris-White on "QueenS," the album's first single and most infectious cut. And make no mistake, these are THEESatisfaction's grooves — Harris-White and Irons produced all of the tracks on awE naturalE. Time and again, the duo goes back to the future for inspiration, updating Sun Ra's space race for the Ableton era. "We feel a part of that tradition, like aliens, a part of everything and nothing at all," Harris-White told KEXP's Larry Mizell Jr. back in 2009.

THEESatisfaction make it a point to, if not distance themselves, then at least differentiate themselves from hip-hop's recent online renaissance. Part of this disconnect is the duo's relative isolation in the Pacific Northwest (something Ann Powers discussed with the duo last year), but Stas and Cat are clearly interested in providing an alternative to the likes of Odd Future and A$AP. On "QueenS" (which might well be the group's mission statement), Irons runs down the house rules: "Leave your face at the door / turn off your swag / check your bag" – all pretty much anathema to hip-hop in 2011.

One hip-hop act undeniably linked to THEESatisfaction is Ishmael Butler's Shabazz Palaces. Butler, a fellow Seattleite who featured his two friends on the celebrated Black Up album, contributes verses to two of the tracks here ("God" and "Enchantruss"). But his appearance only reinforces how different these two projects are. Butler's sci-fi imagery can get phantasmagoric. THEESatisfaction are simply fantastic.