Accessibility links
Years Later, He Brought Her Passport Back When 85-year-old Betty Werther was young, she traveled the world. Sixty years later, she got a call. It was from a young Portuguese medical student and he had found something that belonged to her. What he brought, however, was more than a souvenir. 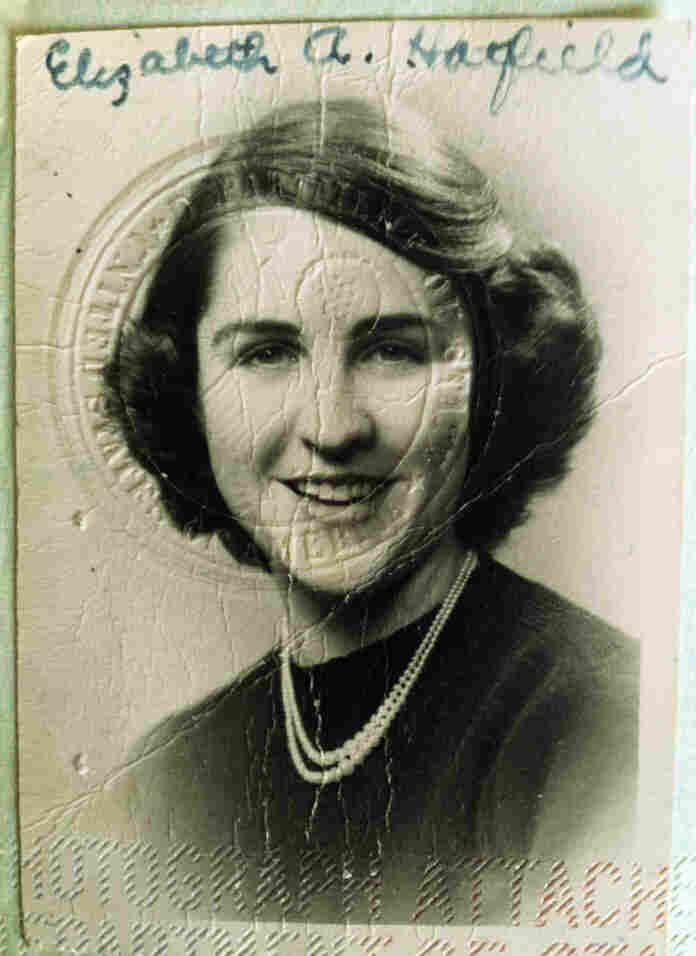 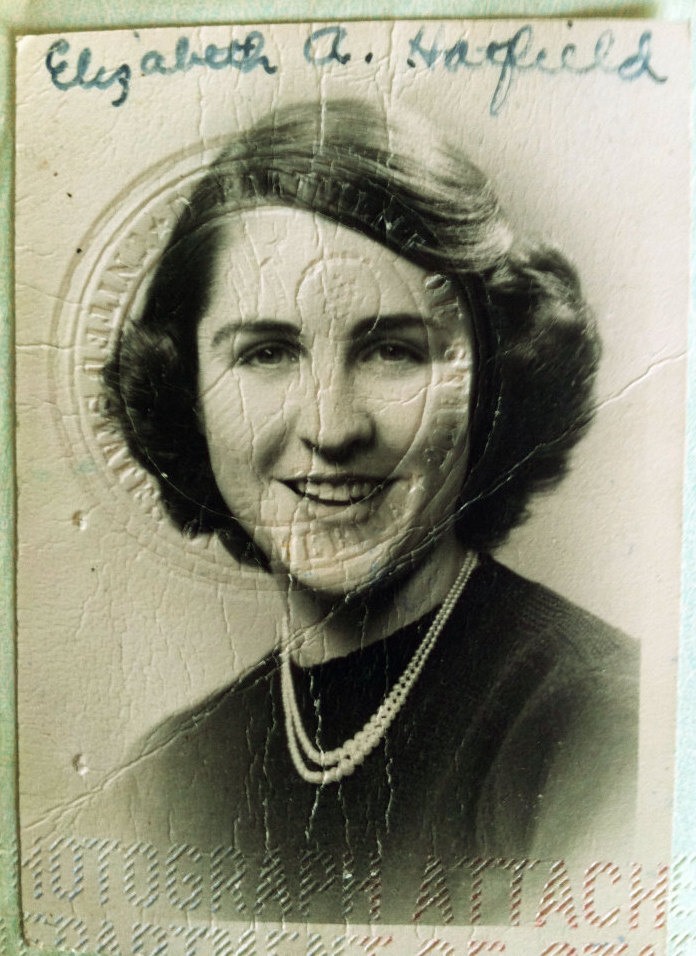 Typically, college newsletters aren't thrilling reads, but an article in a recent University of California, Berkeley, newsletter tells the story of two alums who connected in way fit for a movie.

It starts in 1949, after Betty Werther graduated from Berkeley. As a graduation gift, her grandmother sent her to Europe with a friend. They traveled to Paris, ostensibly to study at the Sorbonne.

Their studies didn't last long. Werther and her friend strapped on backpacks and hit the road.

"Almost to the Arctic Circle. Over to Berlin, and up Denmark, and up to Sweden and Norway," she recounts. "But the biggest trip was to the Middle East."

That was in the fall of 1950. From Switzerland, Werther and her friend stuck out their thumbs and hitchhiked their way south.

"That was fairly unusual," she says. "Two women hitchhiking down through an Arab country was very unusual. I think people were so stunned they didn't know what kind of animal this was."

Somewhere along the way, Werther lost her passport.

Fast-forward to 2011. Nuno Fonseca, was studying medicine in Paris.

"The school year was just ending, and I wanted to take something from Paris that would remind me of the good time I spent there," Fonseca says. He headed to a flea market, but didn't see anything special.

"When I was just about to leave and get to the last vendors, I found this passport, this old passport. It was full of visas from the first page to the last one," he says.

The name inside the passport read Elizabeth Hatfield. She had been around same age as Fonseca when she set out on her travels. What struck Fonseca, however, was her address. It was the same student housing complex in Paris where Fonseca himself lived.

He decided to return the passport to its owner.

Searching The Past For The Present

Back in his home country of Portugal, Fonseca poked around on the Internet to see if Elizabeth Hatfield might still be around 60 years later. A Google search revealed an Elizabeth Hatfield, graduated from Berkeley in 1949 and originally from Ardsley Village in New York.

The Ardsley Village town manager forwarded Fonseca's inquiry to the historical society, which led to an old schoolmate who knew where Hatfield was. She was still in Paris, but she wasn't a Hatfield anymore. Her name was Betty Werther. 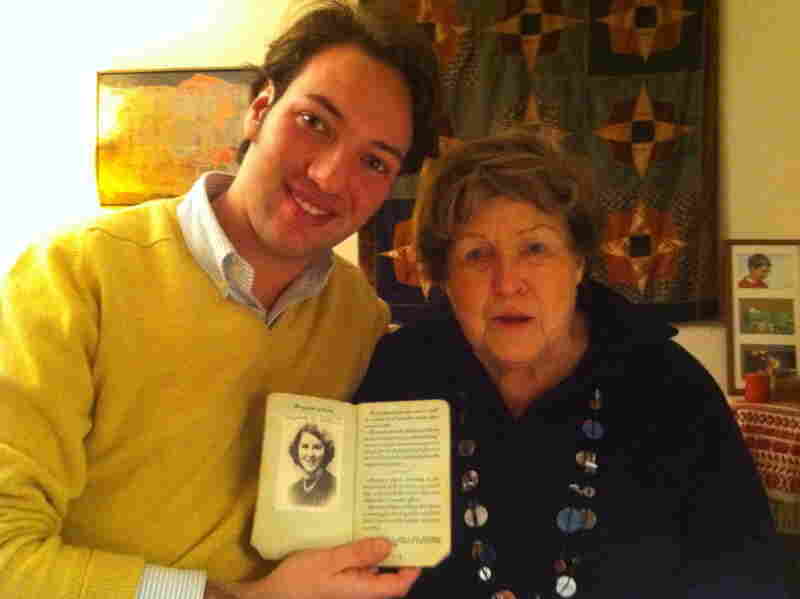 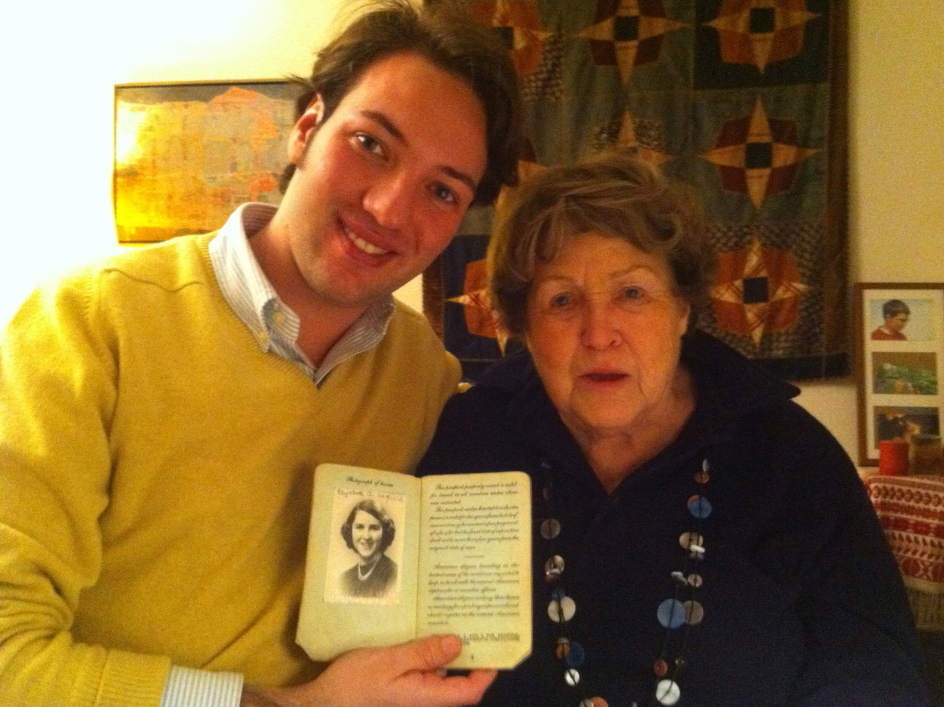 Nuno Fonseca and Betty Werther met for the first time in 2012.

With the name came a phone number. "I was very nervous," Fonseca says. "I didn't know, if I did find this person, how she would react, if she would be interested or not at all." He called.

"I thought it was like a crank call," Werther says. "I am used to having people phone me for money or to belong to something or to sign a petition, and so I almost hung up."

"There was such a build up to this," Werther says. "I was kind of palpitating." Over dinner and champagne, she and Fonseca flipped through her old passport. Each stamp brought back memories.

"It was fantastic. Betty is a very welcoming person, and she has lived a remarkable life, and she has many stories to tell," Fonseca says.

And while the passport was nice to have back, Werther treasures meeting Fonseca more.

"To meet this person who had gone through so much trouble, that was more important than the passport," she says. "It's the whole experience which is extraordinary."

Fonseca knew it would be an adventure. "If I got the chance to find the person, for sure it would be someone amazing and it would be rewarding," he says. "And it was indeed."