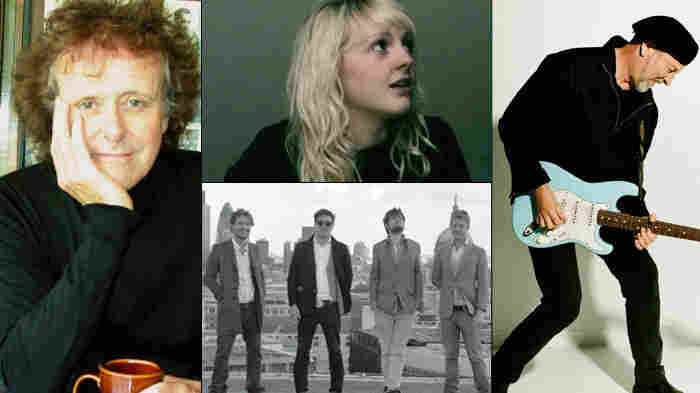 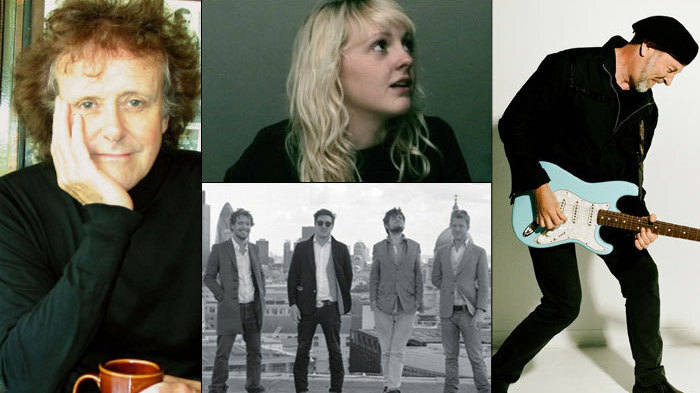 Throughout the month of October, we celebrated the 20th anniversary of World Cafe, revisiting some of the best and most memorable interviews of the past 20 years.

Bert Jansch, an award-winning multi-instrumentalist from Scotland, was a massively prolific folk artist. In 1966, Jansch collaborated with fellow guitarist John Renbourn on the album Jack Orion, which led to the formation of Pentangle and was a precursor to Led Zeppelin's "Black Mountain Side" (adapted from Jansch's "Blackwaterside"). With technical mastery and a clever disregard for convention, Jansch provided keen insight into the evolving London folk scene in this 2010 interview. Jansch died on Oct. 5, 2011.

At 18, Richard Thompson co-founded the band Fairport Convention, which began by covering American artists. Its 1969 album Liege and Lief, however, has been credited with launching the distinctly English folk-rock movement. Thompson went solo in 1971, and stopped by World Cafe in 2001 to discuss the British interest in American music, the beginnings of the British folk scene and what Fairport Convention hoped to accomplish in its infancy.

Known for hits like "Sunshine Superman" and "Mellow Yellow," Scottish-born artist Donovan edged toward the psychedelic reaches of folk music, yet was continually compared to Bob Dylan by the press. Donovan came to World Cafe in 2004; he discussed his alleged rivalry with Dylan and described how their meeting was captured in the documentary Dont Look Back.

John Martyn got his start in Britain's folk scene of the 1960s before he gained widespread acclaim as a skilled, genre-defying artist. He worked with Eric Clapton, David Gilmour and Phil Collins, and put out more than 20 albums of his own. Martyn, who died in 2009, stopped by World Cafe in 1994 to talk to Michaela Majoun. He discussed the artists who have covered his work, as well as genres of music that influenced him and the role of music in his childhood.

In 2011, Laura Marling visited World Cafe on the heels of her third full-length record, A Creature I Don't Know. Scarcely 21, Marling has already sold millions of records and made a name for herself on her strong voice and poetic lyrics. Over the course of her three albums, two of which have been nominated for the Mercury Prize, we've watched her mature as an artist, poet and performer, well beyond the 17-year-old girl who was once denied entrance to a club where her band was scheduled to play. Here, she shares three songs — delicate as they are dark — from her new record.

This segment originally aired on October 18, 2011.