Accessibility links
Hugh Masekela: Wedding Songs That Don't Sound Blue South African trumpeter and band leader Hugh Masekela has released more than 30 albums since his American debut in 1961. The concept behind his latest album, Jabulani, is deceptively simple. It's a collection of South African wedding songs which Masekela remembers vividly from his youth. 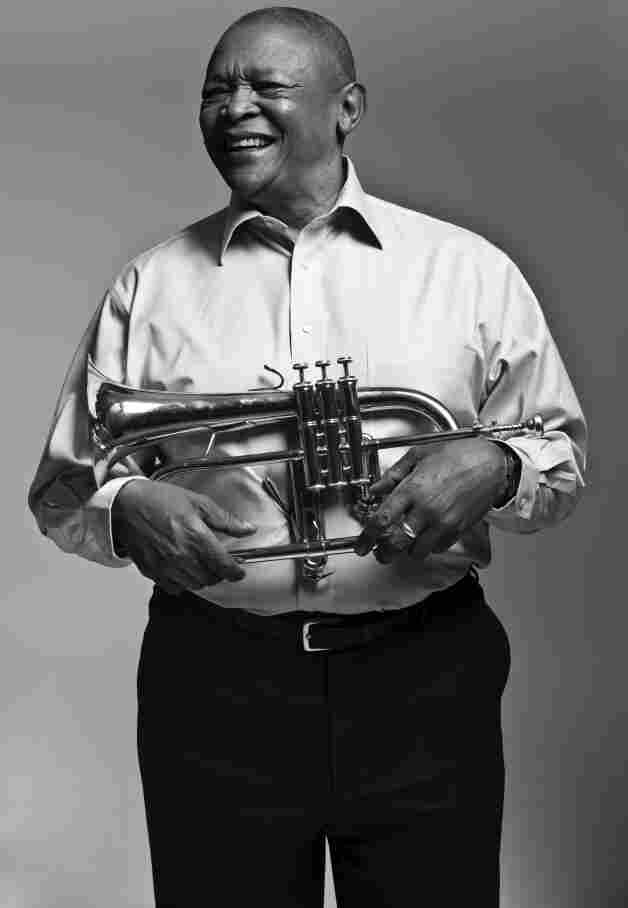 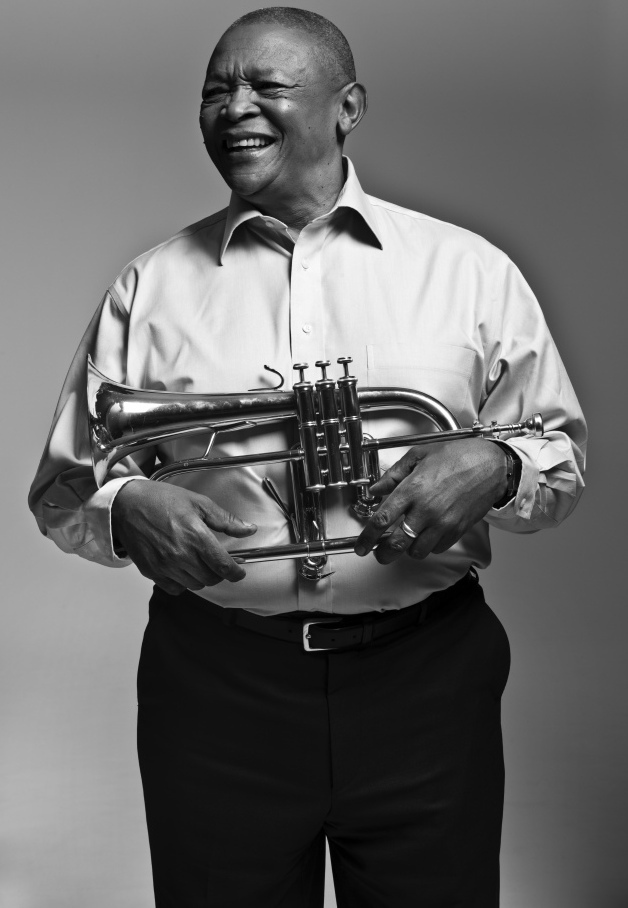 In 1968, Hugh Masekela was not quite 30 years old and though he was in exile from his homeland of South Africa, he seemed ready to become at home on the American jazz and pop markets. That summer, he had scored a number one single, "Grazing in the Grass." A year earlier, he'd been one of the few international performers at the 1967 Monterrey International Pop Festival and had appeared in its D.A. Pennebaker documentary. Yet strangely enough, over the next 45 years Masekela never quite found his sweet spot. He was never off the map, but seemed to change record labels frequently, make vibrant albums followed by rambling ones, travel among musical styles without ever settling down. This may have finally changed with his new album, Jabulani.

A veteran doing traditional tunes from his younger days may seem like a trite format. But it's good to remember that if the material feels contemporary to the performer, and not wool-gathering, it will sound contemporary to the listener. Masekela has been gaining skill at adapting local styles since he returned to South Africa in 1992. He began as a scattershot soloist way back when, but his recent work has acquired a burnished, almost majestic understatement that has never had a finer display than Jabulani.

One glorious quality of the mbaquanga music Masekela draws upon for these interpretations is that the style is able to address sad, even tragic subjects and make them sound serious but never mopey. The song "Mfana" tells of a young man whose sister was his dearest friend, but now she has married a man who lives so far away he will never see her again. The tune gradually turns encouraging, advocating a happier tomorrow, and feels like a party by the finish.

Like a sturdy blues album, Jabulani sounds more timeless than old or new, the strongest mbaquanga workout since the '80s heyday of Malathini and the Mahotella Queens. The style of this record solves a persistent problem for Masekela — he's strained to seem up-to-date, and has too often come up with forced, middlebrow-contemporary fusions. By turning to music that lives in the moment in his mind, he sounds at rest, and yes, home at last.