Accessibility links
Two Books That Delight In New York City's Dirt If you want to know anything about America's greatest city, you've got to be willing to get grimy, says critic Maureen Corrigan. Two new books about New York — a novel and a narrative history — do more than put up with filth, they positively wallow in it. 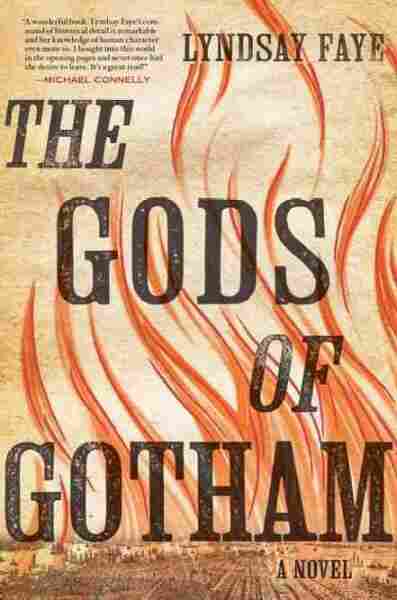 The Gods of Gotham

Some years ago I was visiting Disneyland and had a culture-clash encounter there with my one of fellow Americans. I was standing with my daughter on the miles-long meandering line for "It's a Small World After All" and I fell into a conversation with another mom; when this woman found out I was a native New Yorker, she treated me to her verdict on the city: "It's so dirty there!"

Well, ye-aaah. Of course, it's dirty. Dirt is the price you pay for a place being interesting. If, unlike that woman, you want to know anything about America's greatest city, you've got to be willing to get grimy. Two new books about New York — a novel and a narrative history — do more than put up with filth, they positively wallow in it. Anyone looking for some good unclean literary fun should step right up and lay their money down.

It's been almost 20 years since Caleb Carr's best-selling Olde New York crime novel, The Alienist, was published and I can't count the number of times since then that someone has asked me if I can recommend a suspense story anything "like it." Well, New York has inspired lots of terrific thrillers, but I've just stumbled on one of the worthiest successors yet. Lyndsay Faye's novel, The Gods of Gotham, is set in 1845 — a year that transformed New York for two reasons: it saw the founding of the city's first police force and it marked the failure of the potato crop in Ireland. The ensuing Great Famine propelled hundreds of thousands of Irish immigrants over to America, where many landed deep in the muck of New York City.

Faye clearly revels in crowded period detail and in pre-CSI methods of deduction. Her narrator is named Timothy Wilde and, after a fire destroys the oyster cellar where he tends bar, Wilde reluctantly pins on a copper star and begins working the standard 16 hour police shift — his "beat" the infamous Five Points neighborhood that was the setting for the Martin Scorsese film, Gangs of New York. On one of his first patrols, Wilde runs into a panicked 10-year-old girl, covered in blood; that gory encounter sends our rookie on an investigation into the secret lives of some of New York's most upstanding citizens. One of the most entertaining aspects of The Gods of Gotham is its language: Faye imbues her tale with period criminal slang. Thus, a "hen" is a woman; a "squeaker" a child; and a "stargazer" a prostitute. If I had had this lingo handy at Disneyworld, I could have told that New York City critic to "Stow your wid" (meaning: be silent). 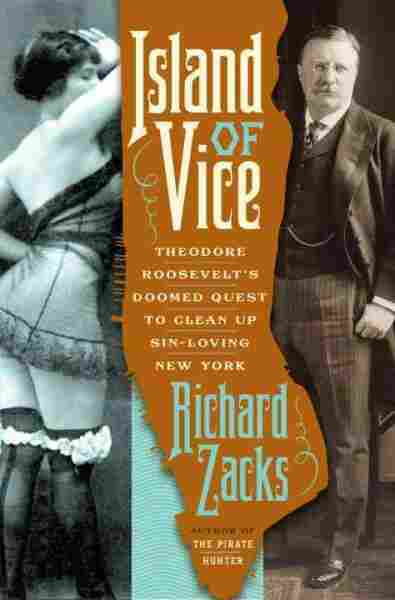 The classic contest of cops vs. criminals also provides the plot of Richard Zack's Island of Vice, a fascinating narrative history of Theodore Roosevelt's doomed struggle to put a lid on crime in New York during his tenure as Police Commissioner starting in 1895. Zacks follows TR and other reformers along on their night-time "rambles" into the New York underworld. Smut of all sorts prevailed: for instance, months after Edison invented the phonograph, X-rated wax cylinder recordings were being produced to be played through ear tubes for a nickel a listen in saloons and arcades. Some 40,000 prostitutes wandered nightly around the city's neighborhoods and New York's Finest had gotten a solid reputation for corruption; the press of the day dubbed them "New York's Filthiest."

Into this chaos rode Theodore Roosevelt. One of the achievements of Island of Vice is that Zacks penetrates beneath the bluster into the psychology of this strange, restless man. Roosevelt was hell bent on cleaning up the police force — and he enjoyed a mixed success; he was also determined to enforce Sunday "blue laws" against drinking — a campaign that was so unpopular, New York City never forgave TR and did its best to end his political career before it really began. Zacks humanizes Teddy's obsession, describing how it was sparked by his awareness of the role alcohol had played in the pathetic downfall of his brother, Elliott. In addition to his readings of TR, Zacks also has plenty of smart insights into the enduring enigma that is New York City. The very last sentence of his book is a gem. Zack says: "Like in ancient Rome, the vitality of New York City sometimes seems to come more from the crooks than the do-gooders." Depending on how you feel about the city, that observation will either confirm your worst prejudices or slap a crooked grin of appreciation on your face.

Read an excerpt of The Gods of Gotham

Read an excerpt of Island of Vice