Accessibility links
'Damn Good Advice' From One Of The Real 'Mad Men' Pioneering ad man George Lois is here to help you "unleash your creative potential." In his new book, Lois shares his secrets for making a catchy commercial that will stick in your head. The No. 1 rule? Be outrageous. 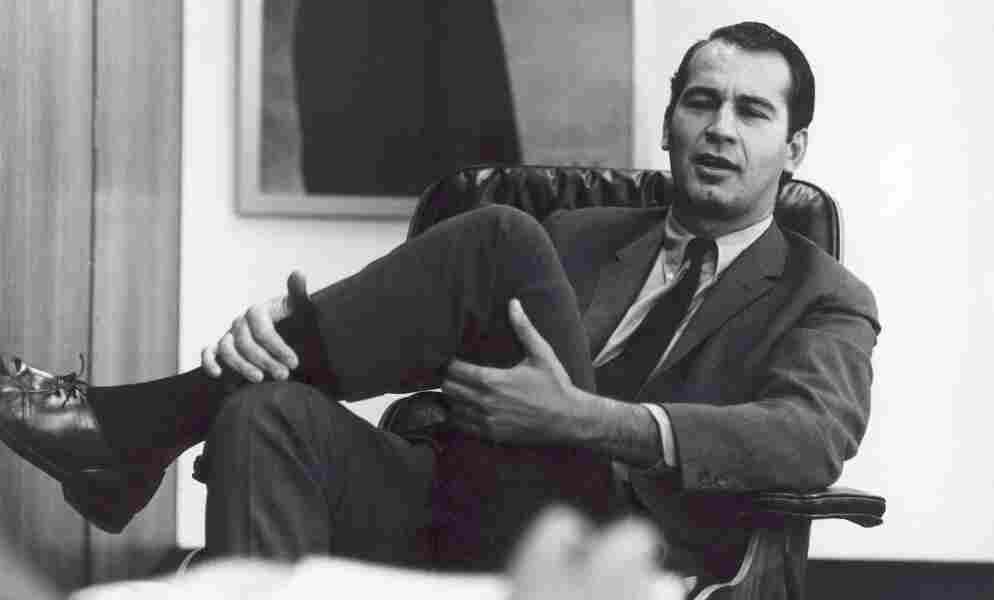 George Lois, pictured above in the early 1960s, was a pioneer during the "Creative Revolution" of American advertising. Courtesy Phaidon Press hide caption

Don Draper, the main character on the hit TV show Mad Men, is said to have been inspired by a real Madison Avenue ad man: George Lois. Lois was a leader in the "Creative Revolution" in advertising during the 1950s, and became one of the most influential art directors in advertising history. His work helped make brands like Xerox, Lean Cuisine and Jiffy Lube famous. Lois is perhaps best known for creating iconic Esquire magazine covers, many of which now reside in the Museum of Modern Art. 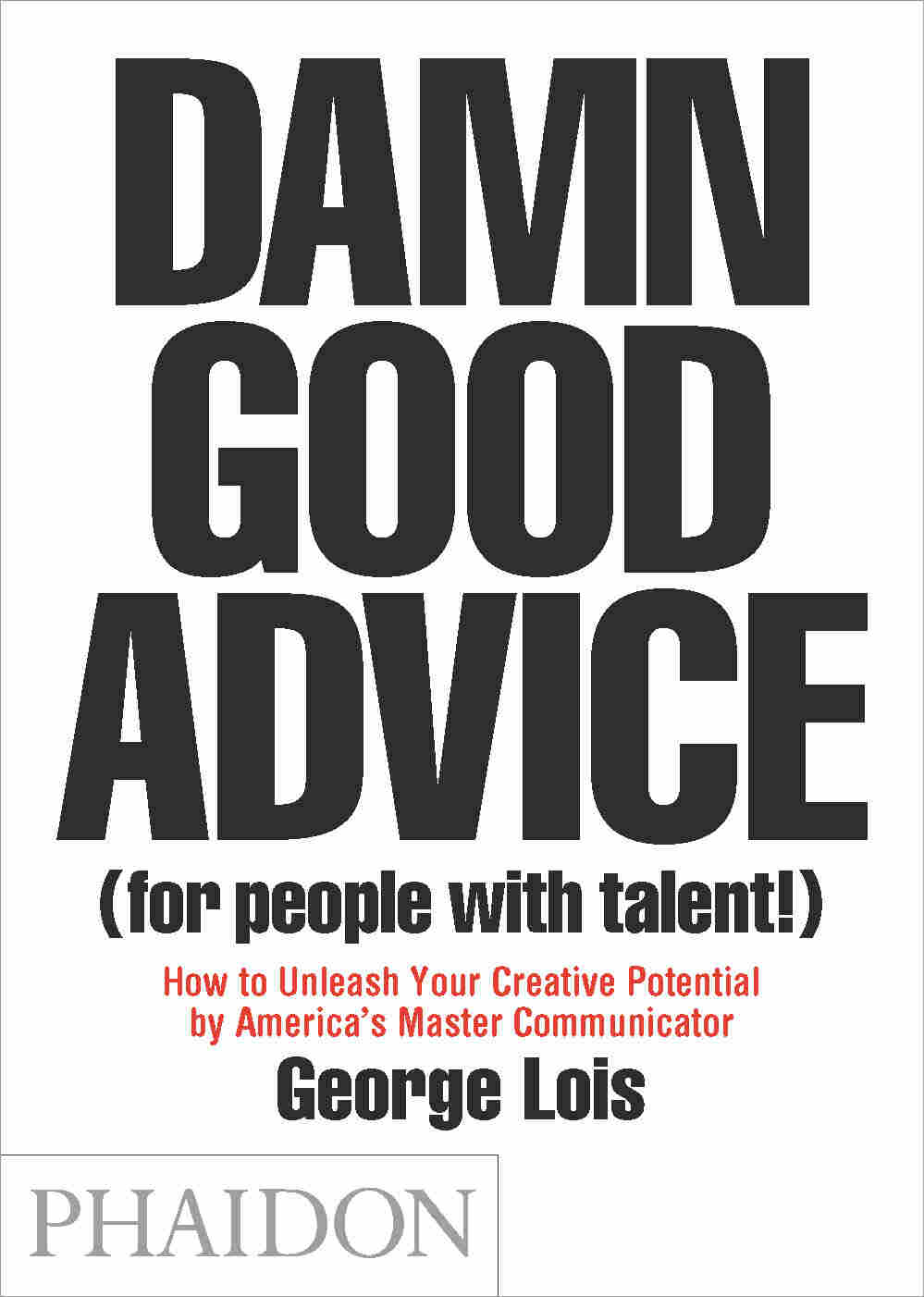 How To Unleash Your Creative Potential By America's Master Communicator

Lois recently talked with NPR's Renee Montagne about his work and his new book, Damn Good Advice. In the late '50s, he worked at the Doyle Dane Bernbach agency, the first agency that matched great art direction with great writing, according to Lois. One ad that Lois is particularly fond of was one his colleagues created for the 1957 campaign for Levy's Jewish Rye.

Lois considers this campaign great because it had a memorable tag line, and the visuals were compelling. "Those two things together create great advertising," he says. It's as simple as that.

Even though the synergy between words and images is crucial, Lois always tells people just starting out in advertising that when concocting a great ad, the words must come first. "They look at me stunned," he says. "They say, 'No, no, you create these powerful visual images. Why would you think of copy first?' I say, 'Because, a line, a slogan should be famous."

One campaign Lois worked on that has words that still echo today: I want my MTV. Lois says, "If somebody says to you, 'MTV,' you think of Mick Jagger on a phone, screaming into the phone, 'I want my MTV!' That, to me, was always the epitome of great advertising."

Lois says he's been thinking differently for as long as he can remember. Once, when he was enrolled in a design course as a teenager, his instructor told the class to do a study based on pure rectangles on an 18" by 24" sheet of paper. The assignment was worth half their grade for the season, but while Lois' classmates nervously cut shapes out of their papers, Lois sat idly, looking out the window, not touching his paper at all.

"Finally, after an hour and 20 minutes, he said, 'Time's up!'" Lois recalled. Just before the teacher looked at Lois' blank paper, Lois said, "'Excuse me, wait for a second.' And I wrote 'G. Lois' in the corner of this perfect, 18-by-24 rectangle. And he tore it out of my hands ... I came in the next morning and there were four or five teachers in the hallway... They said, 'George, my God, George, what you did in Mr. Patterson's class was brilliant!' What I taught myself was that in any problem you get, you've got to come up with an innovative, brilliant, kind of unusual, stunning solution."

What I try to teach young people, or anybody in any creative field, is that every idea should seemingly be outrageous.

One of Lois' clients was the pancake company Aunt Jemima. He began working on their advertising campaign before they made syrup, when they were only known for their pancake mix. Wondering why the company didn't have their own syrup, Lois devised a questionnaire about pancakes. It asked consumers which syrup they'd purchased recently, and he included an option to circle "Aunt Jemima Syrup," a then-nonexistent product.

"Something like 90 percent of the people or so circled that they had bought Aunt Jemima syrup," says Lois. "I took that research to the head guys, and I said, 'I want to talk to you about syrup.' ... Of course, they created the syrup, and they became the leading syrup brand in the world."

Lois' defining statement about creativity is that it can solve almost any problem. "The creative act, the defeat of habit by originality, overcomes everything. And I really believe that. What I try to teach young people, or anybody in any creative field, is that every idea should seemingly be outrageous." 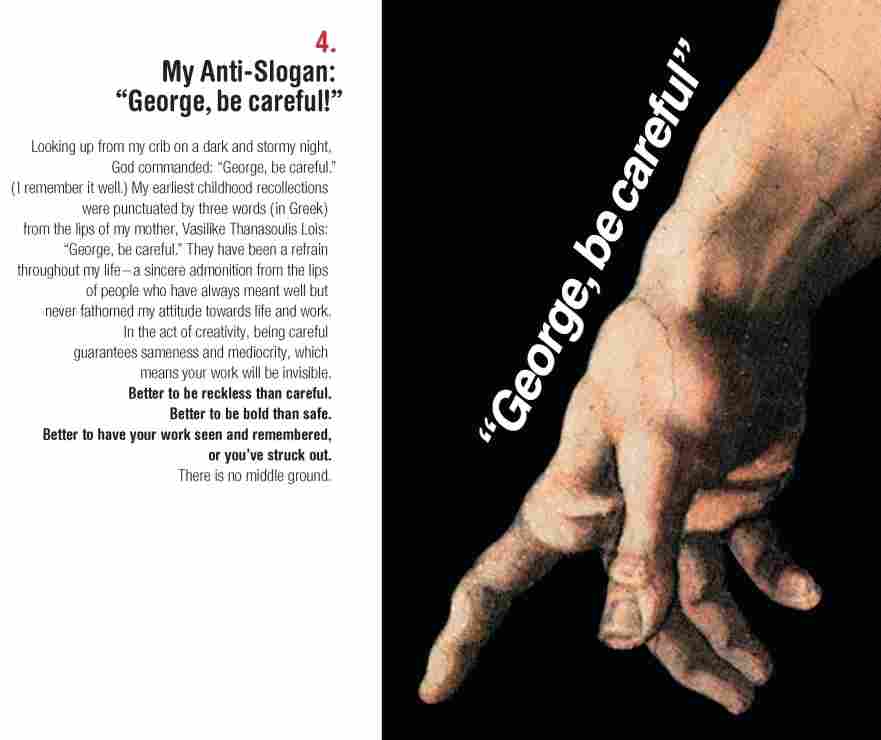 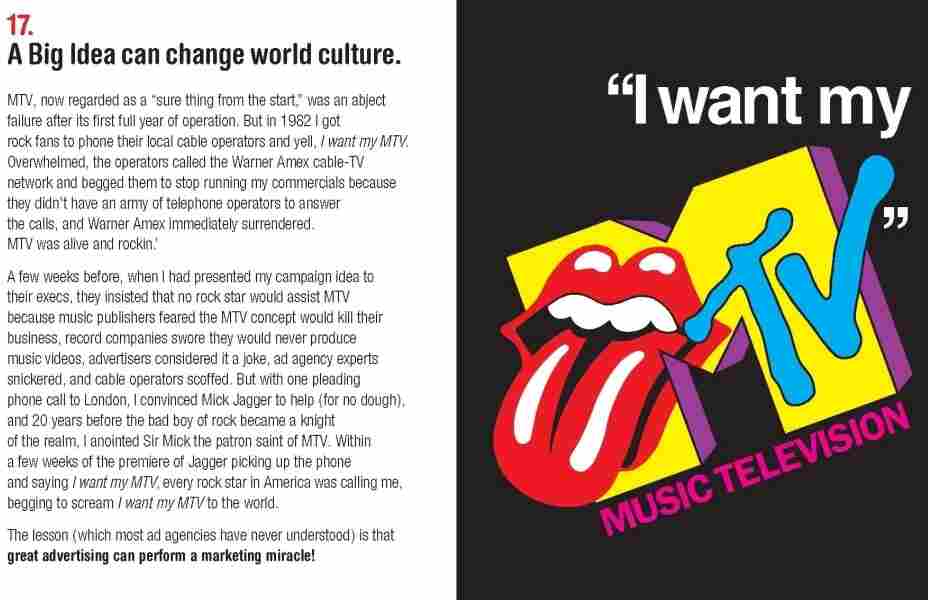 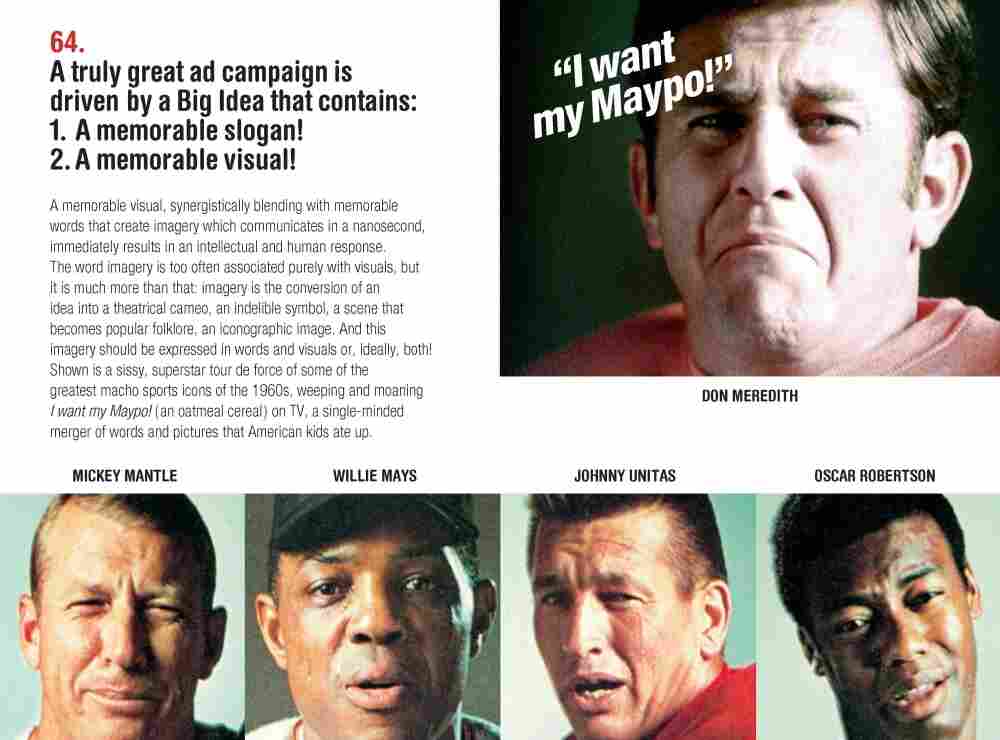 Read an excerpt of Damn Good Advice (For People With Talent!)