Accessibility links
Jesse Jackson Jr. Makes Final Push To Win Primary It's not only GOP voters who have a stake in Tuesday's Illinois primary. This year Rep. Jesse Jackson Jr. faces a primary challenge from former Rep. Debbie Halvorson. Will an ethics investigation and Halvorson's own record be enough to unseat Jackson, who has served his district since 1995? 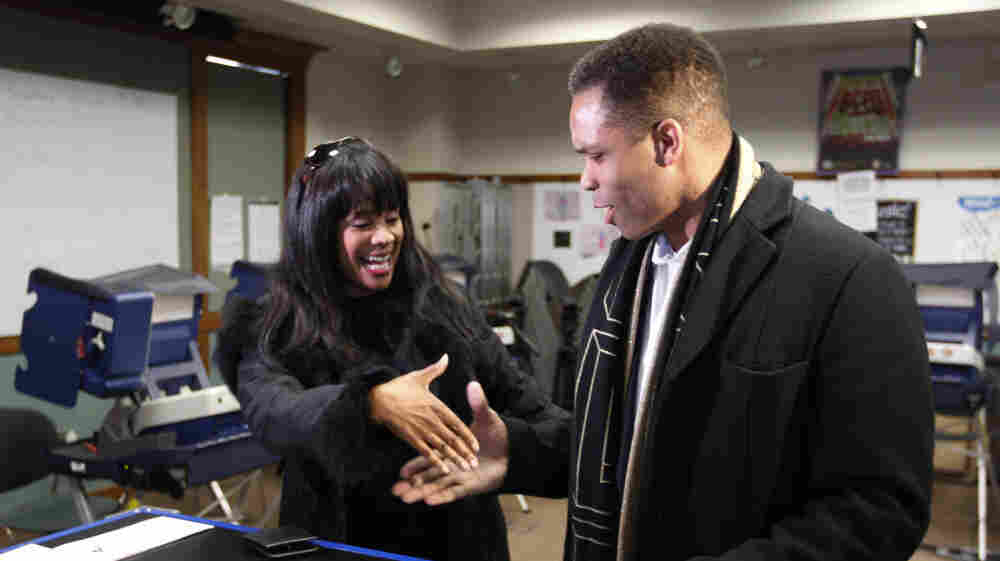 Rep. Jesse Jackson Jr. and his wife, Chicago alderman Sandi Jackson, ask each other for their support and votes as they arrive at a polling station for early voting in Chicago on March 9. M. Spencer Green/AP hide caption

The next primary election takes place in President Obama's home state of Illinois on Tuesday. While Republicans are looking to capture delegates in the presidential race, there are several House races on the ballot — mostly due to redistricting.

In one of the most closely watched of those races, U.S. Rep. Jesse Jackson Jr. is facing a challenge from fellow Democrat and former Rep. Debbie Halvorson.

"We're engaged in a great intra-party struggle in the second congressional district over its direction," said Jackson after he and his wife, Sandi, a Chicago alderman, took advantage of early voting by casting their ballots earlier this month.

In the vast majority of congressional districts, drawn to favor one party or another, the primary race is often the ticket to winning. 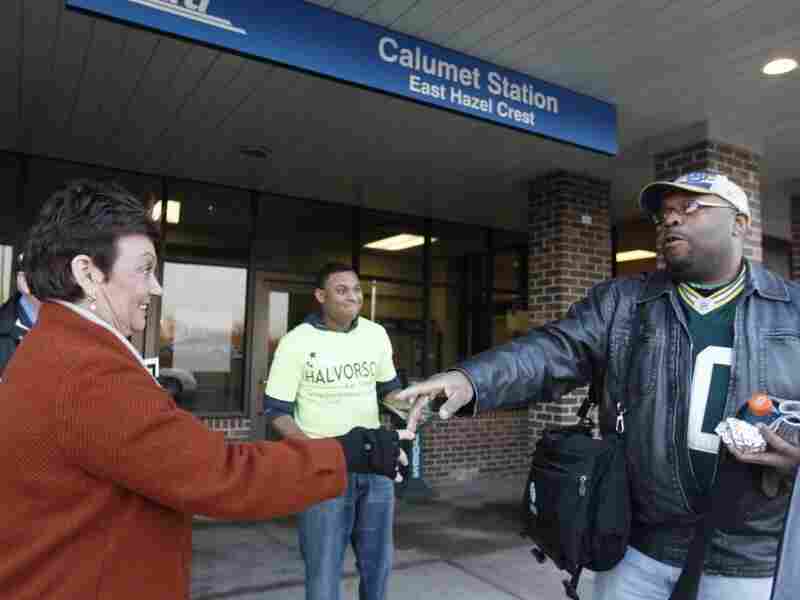 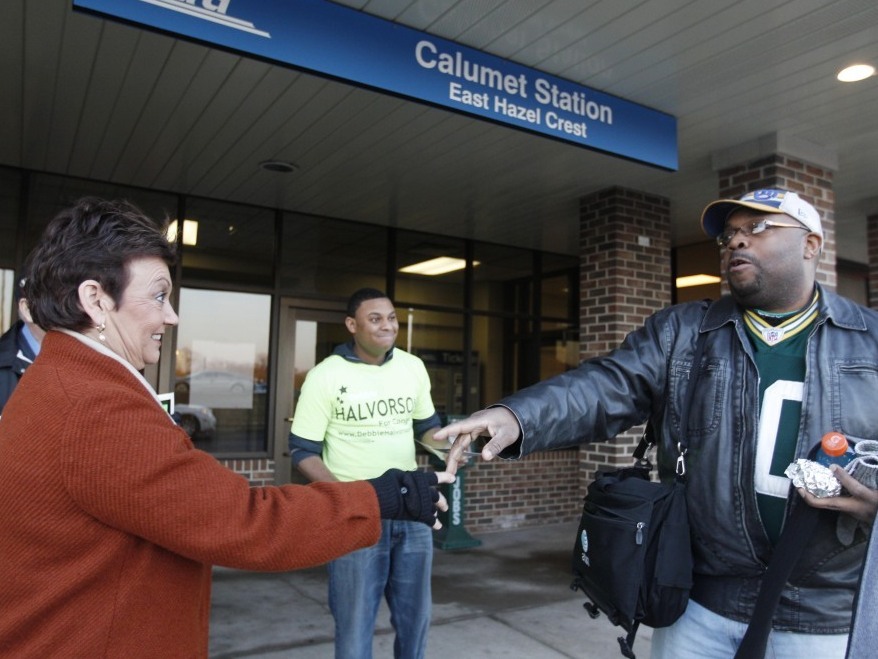 Jackson has won his Democratic district repeatedly since winning a special election in 1995. The district's reconfiguration added more rural areas to Jackson's mix of Chicago neighborhoods and southern suburbs — opening the door for a challenger.

Halvorson, who served one term and lost her seat in Congress in 2010, decided to take him on.

"I made that decision because I believed not only that people should have a choice," she said, "but he hasn't done anything."

Jackson argues he's brought millions of dollars in projects to the district and has pushed relentlessly for a third metropolitan airport, which he believes will bring much needed jobs to the district.

"I believe this election is a mandate on whether or not we will build this airport and create a south side and south suburbs that looks like the north side of Chicago and the north suburbs," Jackson said.

But Halvorson says there has been little movement on the airport, and Jackson has spent too much time on it while neglecting other matters.

Halvorson has been taking that message everywhere — like a recent suburban block club meeting where she talks with a small group of voters about jobs and what she was able to do while she served in Congress.

Her argument seems to be having some impact here, but one of the big issues in this race is who has backed President Obama's policies the most, crucial in a district where African-Americans, some of the president's most ardent supporters, make up 54 percent of the population.

So Jackson and Halvorson have been running dueling radio ads.

Jackson's radio ad criticizes Halvorson for time in Congress saying she voted "with the Republicans and against President Obama 88 times."

Meanwhile Halvorson's response ad defends her support of the president, saying she "voted 90 percent of the time with him."

Jackson has been forced to defend his seat while the House Ethics Committee investigates him. A public reminder came last week when former Illinois Gov. Rod Blagojevich reported to prison.

The ethics committee is looking into allegations that a Jackson fundraiser was part of a scheme to raise money for Blagojevich in return for appointing Jackson to the Senate seat once held by Obama.

Halvorson says those types of distractions make it difficult for Jackson to represent the district.

"People are very confused," she said. "They don't know how Rod Blagojevich can be going to jail for 14 years for trying to sell a seat and nothing is happening to Jesse Jackson Jr. because they know that he's connected to the whole scandal."

Jackson has never been charged with a crime and says he's not worried about the ethics investigation. So far local polls give him a sizable lead.

"No, I'm confident I'm going to be vindicated from that process," Jackson said.

Halvorson says she has much more local support, but the biggest issue for both candidates on Election Day will actually be motivating Democrats to vote: There's no presidential primary on the Democratic ticket to spur voter turnout.