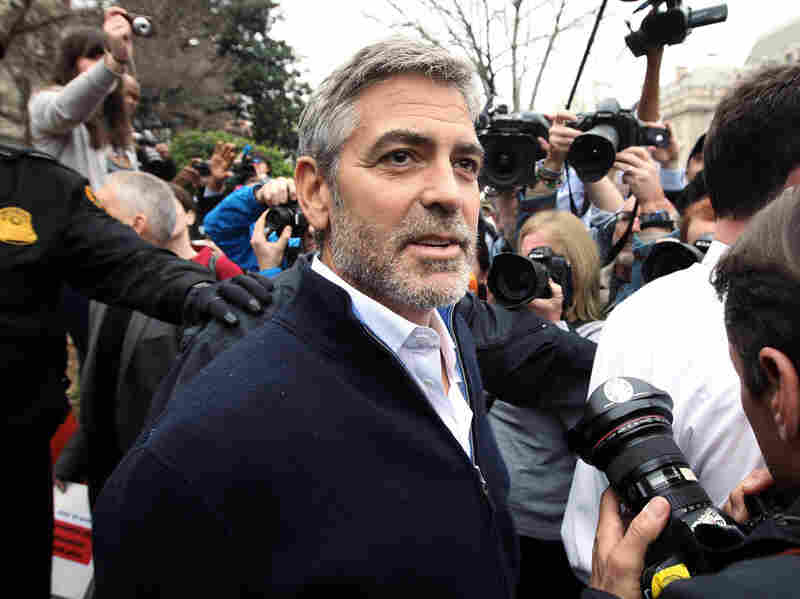 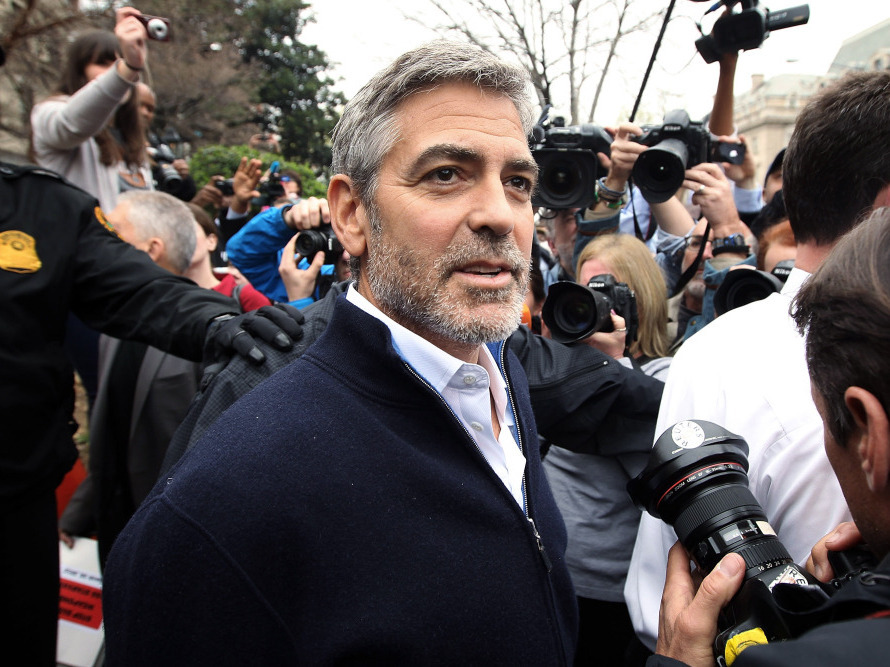 Actor George Clooney is arrested by members of the U.S. Secret Service Uniform Division during a protest outside the Sudanese Embassy March 16, 2012 in Washington, DC. Protesters organized against Sudanese President Omar al-Bashir's blockading of food and humanitarian aid in Sudan's Nuba Mountains and Blue Nile regions.

Between the Bieber and Gaga-fueled spread of the Kony 2012 campaign and George Clooney's arrest in Washington, celebrity activism seems to be the trending topic of the moment. Activists tend to grumble at celebrity do-gooders, but cable networks and politicians tend to focus on the world's undercovered hotspots more easily when there's a famous face to go along with a worthy cause. Here's a look at 10 stars who, for better or worse, are shaping the debate on global poverty and conflict.

Activities: In 2010, the actor helped found the Satellite Sentinel project to monitor human rights abuses in South Sudan. More recently, he traveled to Sudan to document violence in the Nuba mountains, where the Sudanese government is accused of blocking humanitarian assistance as part of an effort to crack down on separatists. Upon his return, he testified before the U.S. Congress, debriefed President Barack Obama and Secretary of State Hillary Clinton on his trip, and sat next to First Lady Michelle Obama at David Cameron's State Dinner. On March 16, he was arrested along with his father at a protest outside the Sudanese embassy in Washington.

The Hotel Rwanda star has, for years, been associated with the Enough Project, which works to raise awarenesss of crimes against humanity, particularly in Sudan's Darfur region. Cheadle toured Darfur with the group in 2005 and said the experience made it impossible to return to "my comfortable life and take stock in all the privileges ... and do nothing." In 2007, Cheadle co-wrote the book Not On Our Watch: The Mission to End Genocide in Darfur and Beyondwith Enough founder John Prendergast. Along with Clooney, Cheadle was an outspoken advocatefor South Sudanese independence.

The Town star has traveled repeatedly to the restive Eastern region of the Democratic Republic of the Congo (DRC) since 2007 to raise money to help alleviate poverty in the region and raise awareness of its ongoing violence. He has brought along traveling companions including Cindy McCain and Microsoft cofounder Paul Allen in 2011. In 2010, he founded his own NGO, the Eastern Congo Initiative to raise funds for civil society-building projects in the region. He has testified before Congress on the issue of child soldiers and sexual assault in the region and urged the Obama administration to appoint a special envoy to the DRC. Affleck recently praised the Kony 2012 campaign for raising international awareness about the Lord's Resistance Army (LRA), which has been active in Eastern Congo, but cautioned that "Westerners are not and will never be the 'saviors' of Africa."

Cause: Children and war

Jolie says her interest in humanitarian work was first piqued in 2000, when she traveled to Cambodia to film Tomb Raider. The following year, she was appointed a goodwill ambassador by the U.N. High Commission for Refugees. Jolie is also a member of the Council on Foreign Relations, a perch she's used to raise awareness of women in war. But Jolie's advocacy has mostly focused on the impact of war on children. With her husband Brad Pitt, Jolie has also adopted children from Cambodia, Vietnam, and Ethiopia, and may be partly responsible for an uptick in international adoptions.