Accessibility links
New Sanction Severely Limits Iran's Global Commerce The SWIFT financial messaging system used to arrange international money transfers has denied access to Iran as part of tightening sanctions. The move has effectively cut off Iran from the formal international commerce system. There are ways around SWIFT; will they be enough? 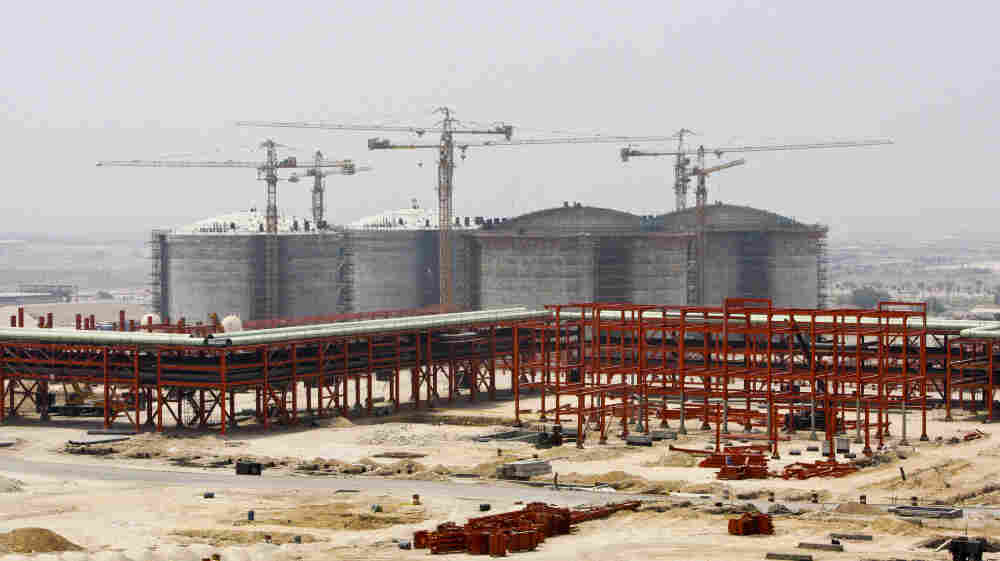 Iran has been denied access to the worldwide messaging system used to arrange money transfers, a move that is expected to affect Iran's oil exports and economy. The South Pars gas field in Assalouyeh, Iran, is shown here in 2010. Vahid Salemi/AP hide caption 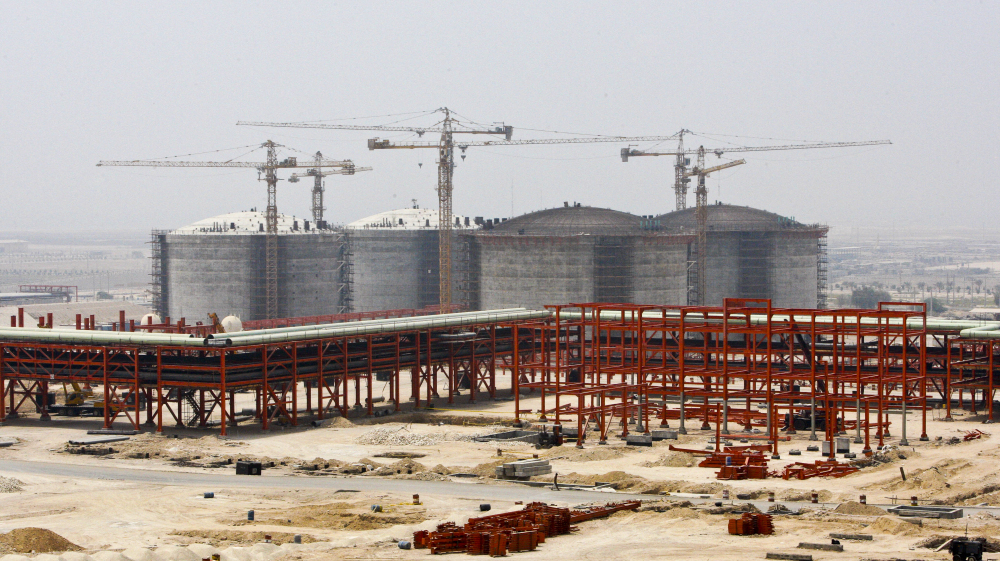 Iran has been denied access to the worldwide messaging system used to arrange money transfers, a move that is expected to affect Iran's oil exports and economy. The South Pars gas field in Assalouyeh, Iran, is shown here in 2010.

Iran has faced international sanctions for more than three decades, which have hurt, but never crippled its economy.

Now, a new move by a relatively obscure financial institution in Europe could make it much more difficult for Iran to do basic things crucial to its economy, such as selling oil and obtaining hard currency.

As of Saturday, many Iranian banks, including the Central Bank, have been refused access to a worldwide financial messaging system that's used to arrange transfers of money.

The system is called SWIFT, the Society for Worldwide Interbank Financial Telecommunication, which is run by a company based in Belgium. A message sent through SWIFT contains all the codes and other information needed to move sums of money from one bank to another.

To comply with the latest financial sanctions imposed on Iran by the European Union, SWIFT said it would have to disconnect about 30 Iranian banks from its services.

"It's a big deal," says Iran sanctions expert Mark Dubowitz, "because it complicates Iran's ability to move billions of dollars through the international financial system."

Iran needs those transfers for all its international trade, from selling tanker loads of crude oil to India to buying South Korean steel for construction projects.

The move is designed to tighten the pressure on Iran to open its nuclear program to international scrutiny.

The U.S. and its allies say Iran is aiming for the capacity to build a nuclear bomb. Iran says that its nuclear program is for peaceful purposes only.

Not A 'Silver Bullet'

Analysts warn that latest punitive measure could backfire, forcing up world oil prices and damaging the reputation of a system that's essential to international banking

Dubowitz, the executive director of the Foundation for Defense of Democracies, cautions that severing most Iranian ties to SWIFT "is not a sanctions silver bullet."

He says there are ways to get around it, even for the very large transfers that are needed in the petroleum trade, where a supertanker full of crude oil can be worth more than $200 million.

If, for instance, the Iranian Oil Ministry and a Japanese oil refinery have accounts in the same bank, than any money transfer between them would be an internal bank transaction that wouldn't require using the SWIFT system.

"The sanctions mean nothing if Iran can cozy up to one country in the world who says, 'I am willing to do your banking for you,' " says Hossein Askari, a professor of international business at George Washington University.

For example, he adds, "China says, 'We're going to buy Iranian oil and deposit the money in a Chinese bank.' That Chinese bank then makes those funds available to Iran."

The bank can buy soybeans in China or BMWs in Europe, Askari says, and then ship them to Iran without involving Iran in the transfer of funds.

There are other means of moving money as well, including creating front companies to transfer funds, or the old-fashioned expedient of carrying suitcases full of bills and crates of gold bullion from place to place.

Iran expert Flynt Leverett says cutting off Iran from the banking system won't give the West any more strategic leverage over Iran's decision-making.

"It's going to raise the transaction costs to Iranian businesses, but it's not going to cut them off completely," says Leverett, a professor of international affairs at Penn State. "The Iranians have been anticipating this, and they've been making arrangements to move into different types of payment."

Existing sanctions have raised the cost of imported goods in Iran, Leverett says, but that has created a minor boom for Iran's domestic manufacturers, who find it easier to compete.

Dubowitz says the sanctions are hurting Iran's economy, creating a "crisis of confidence" among Iranian business people and fueling hyperinflation.

But he says the unanswered question is whether Iran has enough hard foreign currency to support its own currency, deal with inflation, and run a modern nation.

Given the secrecy that Iran imposes on its financial situation, Dubowitz says, that's very hard to judge.

International sanctions, he says, "are often a game of Whac-A-Mole; a country's trade is blocked in one area, but it reappears in another."

Oil prices have risen, in part over concern that Iran's oil exports may slow down, at least in the short term.

There's also a risk to SWIFT's reputation as a neutral broker, available to any country's banks and businesses.

"SWIFT's value added is that they're providing an international public good, and the point of a public good is that you don't exclude any members of the public," says Leverett.

"I have doubts that this is going to be sufficient," Askari says. "Sanctions are always more effective when the policy you want to change is a policy that's not popular with the people, and that's not the case today."

Askari says that even if sanctions forced the collapse of the economy and the regime, Iranians would still support the nuclear program, because they see it as a deterrent to the kind of attack they faced during the eight-year Iran-Iraq War in the 1980s.

"They may overthrow the government," he says, "but they will not give up the nuclear program."