Accessibility links
Wyoming Tribe Wins Right To Hunt Two Bald Eagles The Northern Arapaho tribe in Wyoming has won a permit to hunt two bald eagles for religious purposes. It's the first time federal authorities have granted such approval for bald eagles. The move comes in the wake of a lawsuit that alleged that refusing such permits violated tribe members' religious freedom. 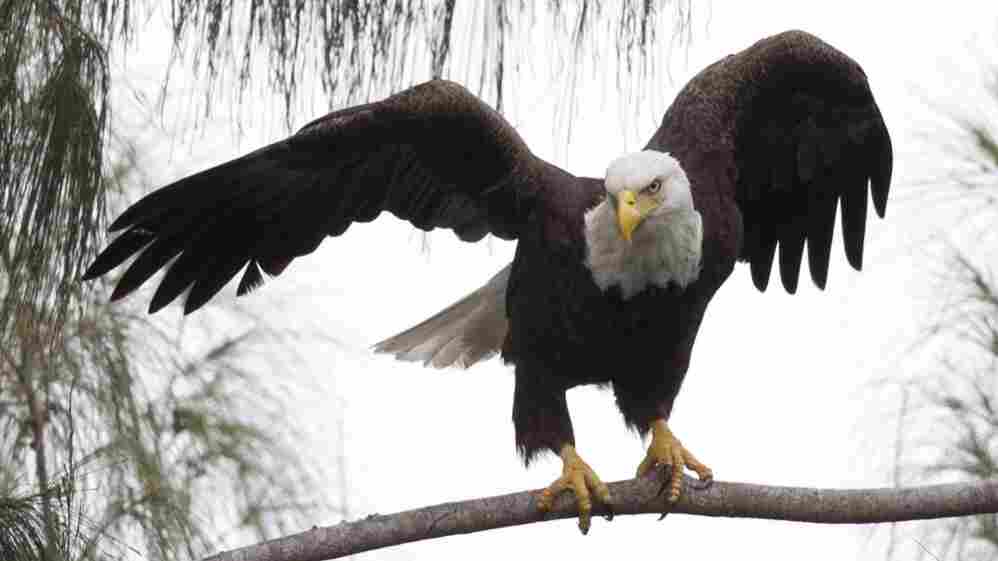 A bald eagle prepares for flight. The Northern Arapaho Tribe in Wyoming has won an unprecedented permit to hunt two bald eagles for use in religious ceremonies. Wilfredo Lee/AP hide caption 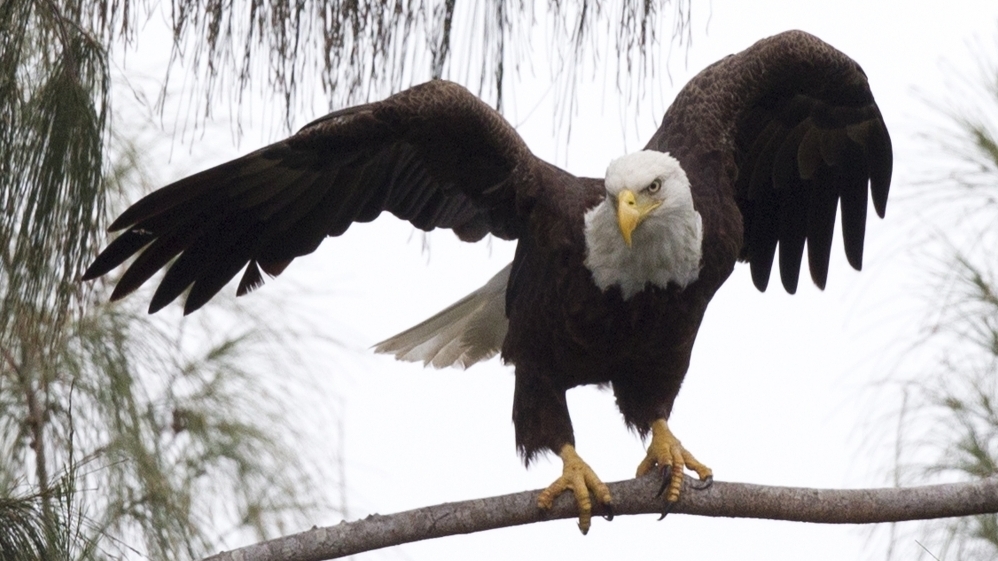 A bald eagle prepares for flight. The Northern Arapaho Tribe in Wyoming has won an unprecedented permit to hunt two bald eagles for use in religious ceremonies.

Most Americans have little difficulty practicing their religion. But for Native Americans, performing traditional religious ceremonies isn't always so simple. Many rites often involve heavy regulation by federal authorities — especially when it comes to using sacred items like eagle feathers.

In a first for the U.S. Fish and Wildlife Service, the Northern Arapaho tribe in Wyoming has received a permit to hunt and kill bald eagles for religious purposes. The move comes in the wake of a lawsuit filed last year, alleging that the refusal of such permits violated tribal members' religious freedom.

The agency has issued similar permits for golden eagles in the past, but the Northern Arapaho permit is the first granted for the iconic bald eagle.

If a non-Indian had to get his Bible from a repository ... and he opened it and it was rotten — how would he like it?

Some of these ceremonies may sound familiar to non-Native Americans; others may seem more exotic. But either way, for many Native Americans to fully participate in religious ceremonies, they need eagle parts. To get those parts, they can go to the black market, use items passed between friends and family, or put in an order to the National Eagle Repository in Denver.

A National Repository, An Unpredictable Supply

Bernadette Atencio, who serves as supervisor for the repository, says the program was implemented in the early 1970s "to provide a legal means for Native Americans to acquire bald and golden eagle feathers for use in religious practices."

The program is for Native Americans only; applications can be filed only by individuals with tribal enrollment papers. And once you put in a request, you have to wait — no matter how quickly the repository works.

That's because the repository can only receive and distribute eagles that have been found dead in the wild. When the birds arrive, Atencio's team severs their wings and tails, plucks their feathers, and then bags, zip-ties and ships them out.

But demand is steadily outpacing supply. Last year, the repository received three requests for every bird it received — and most of those birds were unusable.

Atencio says the unpredictable supply "puts a lot of pressure on the inventory, so there's no way we can fill everybody's order even within a year. Unfortunately the waiting period is lengthy." The turnaround time for requests often lasts up to three years, she says.

On top of that, some tribal members have been unhappy with the quality they received from the repository. On the Wind River Reservation, tribe member Nelson White says he's seen a goose arrive instead of an eagle. In another instance, he says a bird was too decomposed to even be used.

"That's unacceptable," White says. "If a non-Indian had to get his Bible from a repository, and it was sent in a box, and he opened it and it was rotten — how would he like it?"

This is why the U.S. Fish and Wildlife permit, granted because the repository can't meet the Arapaho's religious needs, is so important to the tribe. The tribe also says being allowed to hunt the birds is a better option, because the actual act of capturing an eagle is part of its religious practice.

Matt Hogan, regional supervisor with the Fish and Wildlife Service, says the entire permitting process comes down to respect.

"We're really talking about Native Americans who have had a longtime, customary traditional relationship with eagles — in some cases thousands of years," Hogan says. "We're constantly trying to balance the conservation of the species with the religious needs of Native Americans."

The Fish and Wildlife Service says the permit allows the Arapaho tribe to take only two eagles. After that, tribal members will have to reapply.