Accessibility links
Justices Weigh IVF Technology Against 1939 Law At the U.S. Supreme Court Monday, the justices heard arguments in a case testing whether children conceived through in vitro fertilization after the death of a parent are eligible for Social Security survivors benefits. 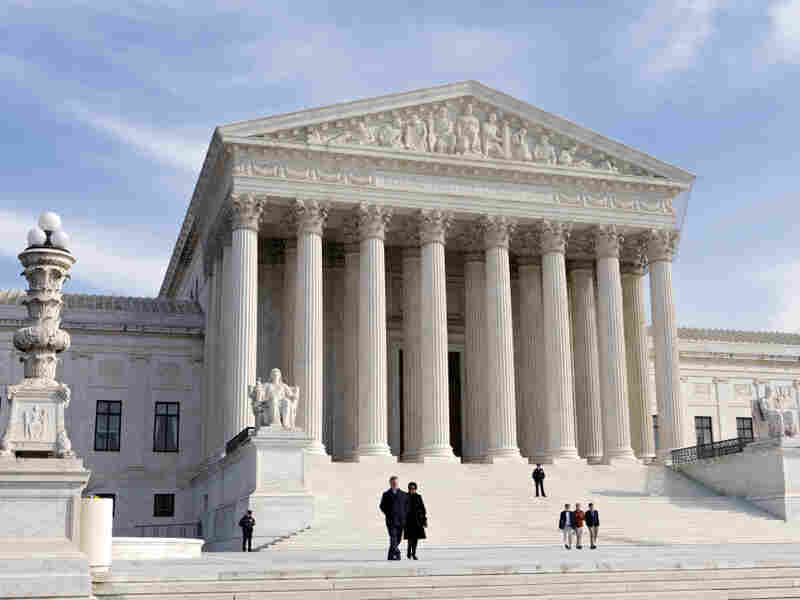 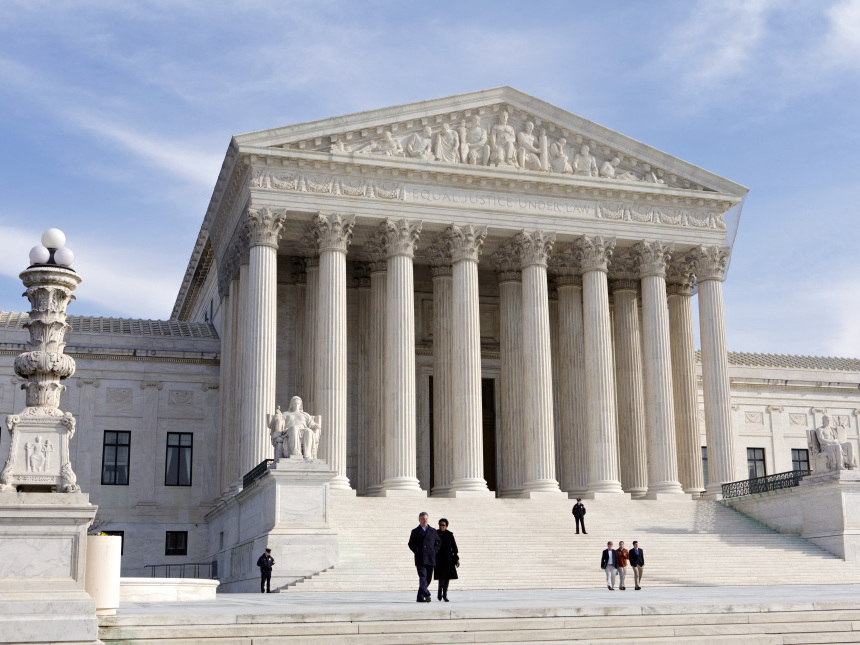 Justices heard arguments Monday in a case that attempts to reconcile modern in vitro fertilization technology with a 1939 law.

The U.S. Supreme Court heard arguments Monday in a case testing whether children conceived through in vitro fertilization after the death of a parent are eligible for Social Security survivors benefits.

The case before the court began in 2001 when Robert Capato was diagnosed with esophageal cancer. Before beginning treatments, he deposited sperm at a fertility clinic, and after he died, his wife, Karen, carried out the couple's plan to conceive using Robert's sperm.

A federal appeals court in Philadelphia disagreed, saying the 1939 Social Security Act confers benefits on all biological offspring of a married couple.

The Supreme Court's eventual decision in the case will have an immediate effect beyond the Capato family. More than 100 similar cases are currently pending before the Social Security Administration.

None of that was mentioned inside the Supreme Court Monday, however, as the justices wrestled with how to interpret a law written in 1939 and apply it to modern technology never imagined back then.

The government's lawyer, Eric Miller, contended that since 1940, the Social Security Administration has determined a child's eligibility for survivors benefits based on whether that child can inherit under state law.

Justice Samuel Alito noted that the Congress that enacted this law in 1939 "never had an inkling about the situation that has arisen in this case ... just as they had no inkling that any state would go off and take away the [inheritance rights] of children born to married people."

Justice Elena Kagan called the government's reading of the law "bizarre" in view of the fact that another section of the statute does not apply state inheritance law to stepchildren, grandchildren and even step-grandchildren when determining survivors benefits.

Is A Baby Conceived After Dad's Death A 'Survivor'?

But that was about all the sympathy the Capatos got. Justices Antonin Scalia and Anthony Kennedy both raised an issue not before the court — whether a child conceived in vitro can be properly called a survivor since the child never lived with or was dependent on the deceased.

And when the Capatos lawyer rose to make his argument, he got pounded.

Justice Sonia Sotomayor asked whether Capato's in vitro children would still qualify for survivors benefits if she had remarried. "A situation like that is what is making me uncomfortable because I don't see the words 'biological' in the statute" or the word " 'marriage' ... within the definition of 'child,' " she said.

Rothfeld replied that when Congress enacted the Social Security Act in 1939, more than 95 percent of the children in the United States were the offspring of married parents, so when Congress said a child is a child, "it would have had in mind the paradigm of the time."

Justice Kagan asked whether Rothfeld could point to any other statutes around that time which supported the notion that when people said child, they meant child within a legal marriage.

Rothfeld said it was so clear back then that there was no need to define it further.

Justice Sotomayor asked if the child of an unmarried mother is excluded from automatic coverage.

Rothfeld responded that under the statute as written, "that's correct." After all, Rothfeld argued, in 1939 there was no way to be scientifically certain who the father of a child was. Marriage was a proxy for that.

But at the time this statute was written, "Wasn't it also understood that the marriage ends when a parent dies?" Justice Ruth Bader Ginsburg asked.

Justice Stephen Breyer added that if the court ruled in Capato's favor, "I don't see how you're going to save us from even worse problems." Breyer said that the in vitro laws in every state are a very complicated subject and wondered whether the father could "just write a note and say this is my child, even if it's conceived later ..."

Rothfeld replied that Robert Capato did in fact write such a note, but under state law, it wasn't enough.

Chief Justice John Roberts said that under the court's precedents, if a law is ambiguous, it defers to the agency's interpretation and the Capatos would lose. Is there any reason, he inquired, that we shouldn't conclude, "based on the last hour" of argument, that this law is at least ambiguous?

"It's a mess," added Justice Kagan.

Lawyer Rothfeld responded: "The problem is that we're dealing with new technologies that Congress ... wasn't anticipating."

The justices didn't dispute that, but they seemed inclined to toss the whole problem right back to Congress to fix if it wants to.