Accessibility links
High Court Debates Life Without Parole For Juveniles The justices listened to oral arguments Tuesday in two cases that ask whether it is cruel and unusual punishment to sentence juveniles convicted of murder to life in prison without parole. 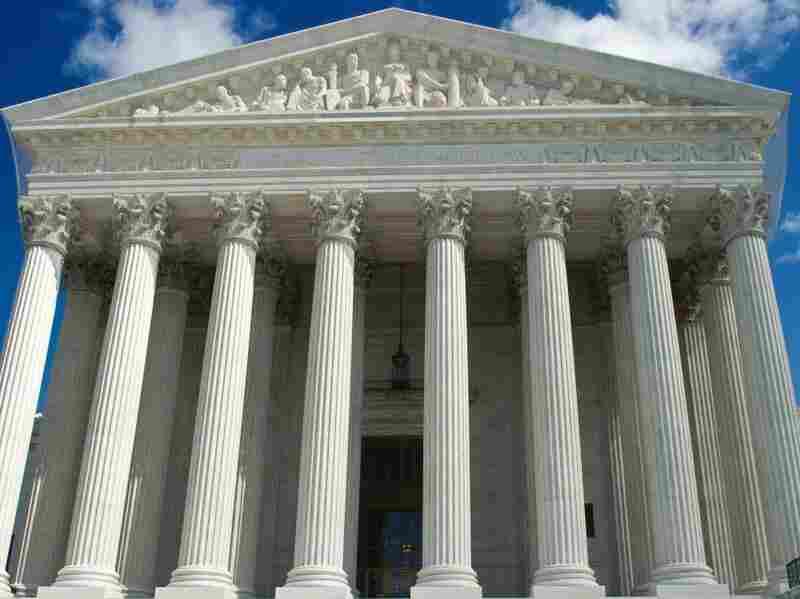 The U.S. Supreme Court heard oral arguments on Tuesday in two cases that ask whether it is constitutional to sentence juveniles to life in prison without parole. Paul J. Richards/AFP/Getty Images hide caption 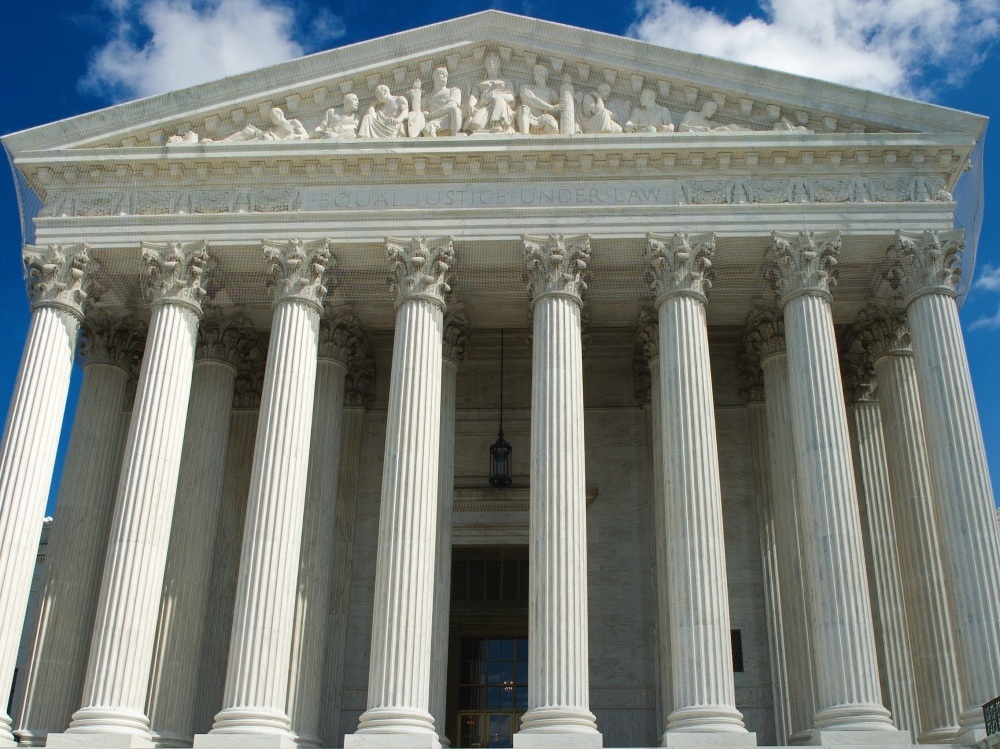 The U.S. Supreme Court heard oral arguments on Tuesday in two cases that ask whether it is constitutional to sentence juveniles to life in prison without parole.

The U.S. Supreme Court heard arguments Tuesday in two murder cases testing whether it is unconstitutionally cruel and unusual punishment to sentence a 14-year-old to life in prison without the possibility of parole. There are currently 79 people serving such life terms for crimes committed when they were 14 or younger.

The American legal system treats minors as both less culpable and less responsible. Fourteen-year-olds, for instance, are not allowed to drink, marry, vote or even drive. And modern science has shown that the brains of minors are literally less developed, meaning juveniles are more impulsive and less able to see the consequences of their actions.

In one case, from Arkansas, 14-year-old Kuntrell Jackson and two friends robbed a video rental store. When the cashier threatened to call the police, one of the other boys shot and killed her. In a separate case from Alabama, 14-year-old Evan Miller and an older friend went to a neighbor's trailer. There they drank and took drugs with the 52-year-old neighbor, hoping to eventually steal his wallet. The older neighbor passed out, and when he woke up, the boys beat him with a bat, set fire to the trailer and left.

Justice Antonin Scalia noted that 39 states have laws that make life without parole the punishment for murder, even for juveniles. He asked whether he should "just consult my own preference" instead of "what seems to be a consensus of the American people?"

Stevenson contended that in fact, most states have not agreed to subject 14-year-olds to life without parole. Only 18 states have actually imposed the penalty on those 14 and younger. Moreover, he said, state legislatures pass laws that allow juveniles to be tried as adults and then the juveniles are automatically subject to the same penalty as adults — in these cases, mandatory term of life without parole for murder.

Justice Samuel Alito questioned Stevenson's statement that state legislatures did not know what they were doing.

"If you think these legislators don't understand what their laws provide, why don't you contact them?" he asked sarcastically.

Justices Alito, Scalia and John Roberts, the chief justice, weren't swayed by Stevenson's argument. But the critical vote in these juvenile sentencing cases in the past has been Justice Anthony Kennedy. He and several other justices focused on a narrower question — whether the mandatory sentences here are unconstitutional because the jury cannot consider the defendant's age, background or even intent.

Stevenson said that 80 percent of the life without parole sentences for those 14 and younger are in states where the penalty is mandatory for murder. And, in many of these states, even minors convicted of second-degree murder, with no intent to kill, get a mandatory term of life without parole. Alabama and Arkansas, where the crimes in Tuesday's arguments took place, are among those states.

Justice Sonia Sotomayor noted that she saw "a world of difference" between the two crimes, because in one, the juvenile was not the shooter, and in the other, the defendant participated in the beating and arson that led to the victim's death.

When lawyers for the states, invoked the seriousness of the crimes, Justice Ginsburg replied that a mandatory sentence of life without parole for a juvenile makes "a 14-year-old a throwaway person."

Justice Stephen Breyer wondered whether there is a dividing line, saying: "Three years old, 10 years old, 12 years old — what kind of argument is there that isn't totally random for picking that number as the age below which you cannot impose life without parole even for the most horrendous murder?"

Alabama Solicitor General John Neiman said 10 states put the minimum age at 12, and many more at 13 or 14.

Arkansas Assistant Attorney General Kent Holt told the justices that his state legislature's judgment is that murder is the worst crime, and since the death penalty is off the table for juveniles, the minimum penalty a juvenile can get is life without parole.

If the juvenile were to get any less, that would be "double dipping" his access to leniency, he said.

Holt said that the defendant in his case, Kuntrell Jackson, acted with reckless indifference when he participated in a robbery where one of his pals had a gun and shot the 28-year-old cashier. Although Jackson was not the triggerman, he was convicted under Arkansas' felony-murder law, which imposes the same penalty on a killer as an accomplice.

"So, he was guilty of felony murder, unless he could prove that he counseled against the murder?," Sotomayer said.

Justice Breyer followed up, asking: "What is the argument for not allowing a judge or a jury at least to think about that question, before ... imposing [a sentence of] mandatory life without parole?"

"Teenagers must know that if you commit the worst crime, you will get the worst punishment," Holt said.