Accessibility links
Confronting The VP May Be Impolite. Is It A Crime? The U.S. Supreme Court hears arguments Wednesday in a case involving a Colorado man who was thrown in jail after telling Vice President Cheney in 2006 that the Bush administration's policies in Iraq were "disgusting." Even the Secret Service agents involved in the arrest disagree on what happened. 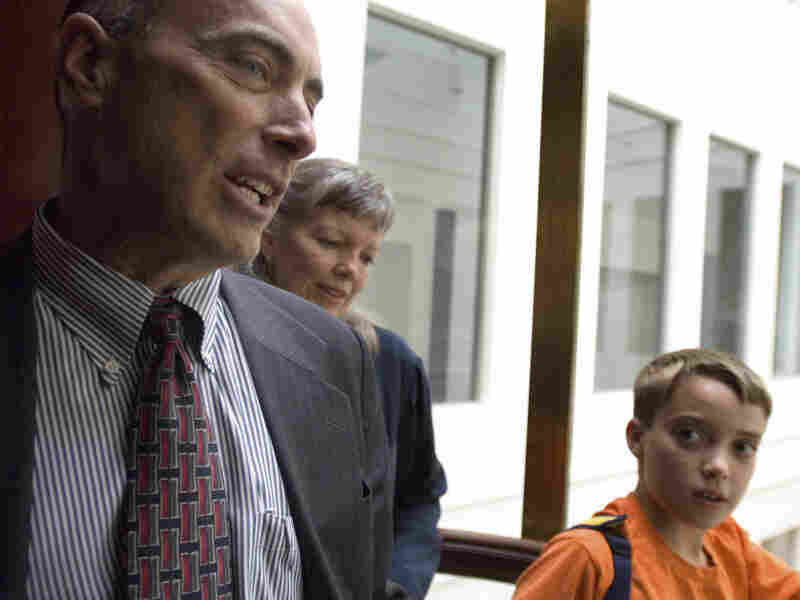 Steven Howards with his wife, Deborah Andrews, and son, Koby Howards, at his attorney's office in Denver on Oct. 3, 2006. Howards asserts he was wrongfully arrested without cause after expressing a negative opinion to Vice President Dick Cheney in 2006. Courtesy of Kevin Moloney hide caption 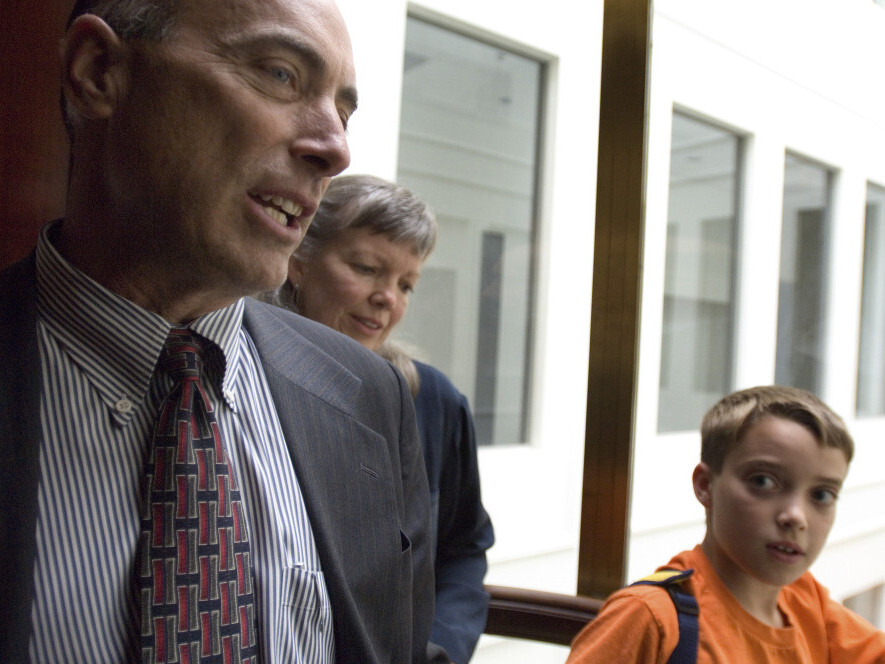 Steven Howards with his wife, Deborah Andrews, and son, Koby Howards, at his attorney's office in Denver on Oct. 3, 2006. Howards asserts he was wrongfully arrested without cause after expressing a negative opinion to Vice President Dick Cheney in 2006.

The U.S. Supreme Court hears arguments Wednesday in a case involving the arrest of a Colorado man who was thrown in jail after telling Vice President Cheney in 2006 that the Bush administration's policies in Iraq were "disgusting."

Environmental consultant Steven Howards is suing the Secret Service agents who arrested him, contending that the arrest violated his First Amendment rights because it was nothing more than retaliation for the views he expressed to the vice president. The case pits the need for protecting public officials against the rights of citizens to express their views to the people elected to represent them.

What makes this case doubly fascinating is the fact that even the Secret Service agents involved in the arrest do not agree on what happened. The agents who actually saw the encounter testified they saw no threatening action.

In contrast, the agent who made the arrest, Virgil Reichle, accused the others of covering up, and some of Reichle's fellow agents have testified that he asked them to change their reports to match his. All have acknowledged that if any of these accusations is true, it would amount to a crime under federal law.

Steven Howards, arrested after an encounter with Vice President Cheney

Most of what happened that day in 2006 is no longer in dispute. Steven Howards had just dropped off his 8-year-old son at a piano lesson in Beaver Creek, Colo., when he saw Vice President Cheney standing in the open shopping area near the ski lift, shaking hands and talking to people.

"I walked up to him and told him that I thought his policies in Iraq were disgusting, and I walked away, and then I left and picked up my child at piano camp," says Howards.

About 10 minutes later, Howards was back in the area, but had become separated from his son. The agents, who didn't know Howards had lost track of his son, said they saw him looking anxious.

Agent Reichle of the Denver office went over to Howards and asked if he would answer a few questions about his conversation with Cheney. Howards said no and told Reichle that if he didn't want people accosting Cheney, he should "keep Cheney out of public places."

"The Secret Service agent got furious," Howards says, adding that he quickly found himself handcuffed "with my hands behind my back and I was being charged with felony assault of the vice president."

"If there would have been some threat to the vice president, I would have been down in the pavement when the interaction occurred, not arrested 10 minutes later," says an incredulous Howards. 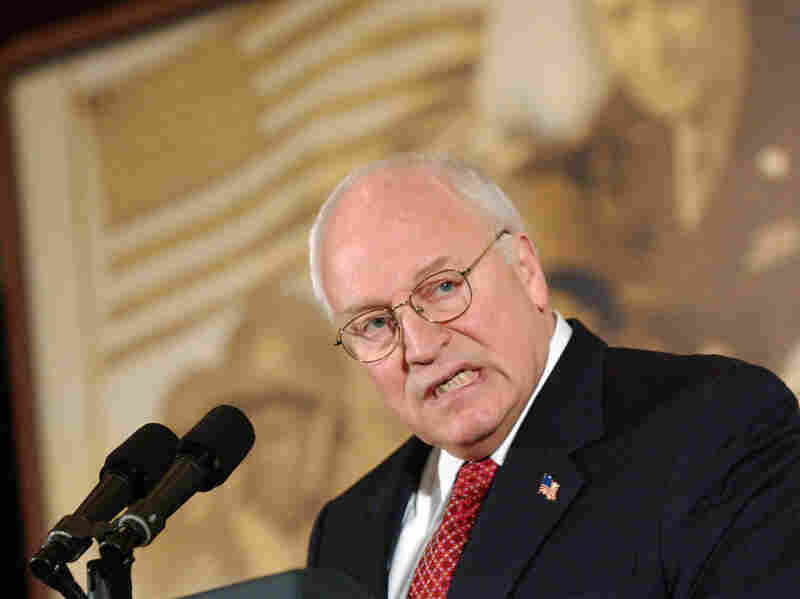 Vice President Dick Cheney defends the Bush administration's policy on the war in Iraq in an address to the American Legion's annual conference in Washington, D.C., in 2006. Leslie E. Kossoff/AFP/Getty Images hide caption 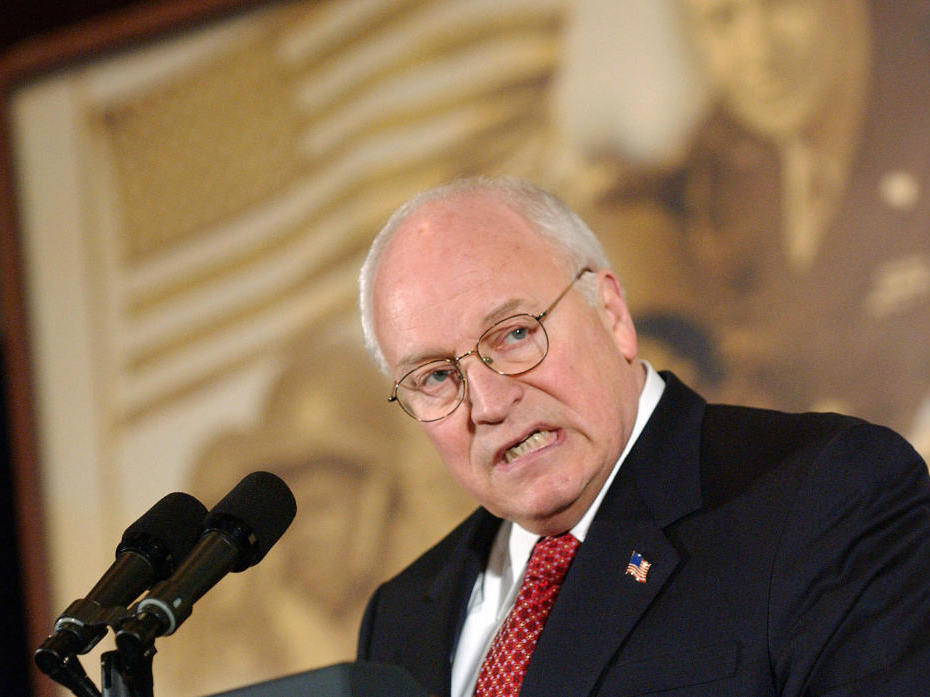 Vice President Dick Cheney defends the Bush administration's policy on the war in Iraq in an address to the American Legion's annual conference in Washington, D.C., in 2006.

In any event, Howards was taken to the Eagle County jail in handcuffs and held there until his wife bailed him out. A week later the local district attorney dropped the charges, but Howards wasn't dropping the matter.

"The more I thought about it, the madder I got. My picture was in the paper. I was depicted as a criminal, my name was tarnished," Howards says. "The issue is that this is retaliation for what I said to the vice president. It wasn't based upon any threat or any other impropriety."

So Howards sued the Secret Service agents, contending he was engaged in his constitutionally protected right to express himself to an elected official. The Denver-based federal appeals court ruled that the agents had sufficient grounds for taking Howards into custody, but the court also ruled that there was sufficient evidence to allow Howards to continue with his claim of retaliatory arrest.

Indeed, in depositions taken in 2007, the Secret Service agents directly contradicted each other. Reichle, the agent who made the arrest, did not himself witness Howards' encounter with Vice President Cheney. He testified that agents assigned to the vice president had told him that Howards made "unsolicited physical contact that was perceived in an aggressive and threatening nature."

But two other agents who actually witnessed the encounter between Howards and Cheney did not support Reichle's account of threatening behavior, and they said Reichle had asked them to change their reports to comport with Reichle's version of events. Reichle has since been transferred to Guam.

Reichle, in his deposition, said he believed his fellow agents changed their story to avoid inconveniencing the vice president with a court case. "You would think if it was some sort of misunderstanding, somebody would have tapped me on the shoulder and said: 'Whoa, whoa, whoa, [Virgil], slow down. What you think happened isn't what happened,'" Reichle testified. "At no point did that happen."

But Daniel McLaughlin, one of the agents witnessed the encounter, said he did see Howards touch the vice president, but that there was no threatening or aggressive behavior. He testified that Reichle, in order to justify the arrest, had called him hours after the incident because he wanted McLaughlin to say there had been an assault. But McLaughlin refused to change his original report.

"Did you believe that Agent Reichle was telling you in essence, 'I want you to commit the crime of making false statements in an officially filed Secret Service document?'" asked David Lane, the lawyer for Howards.

"When he made the phone call, that's what I — I interpreted it as, that was unethical," McLaughlin responded. Pressed further, he conceded that Reichle's request was more than unethical. Was it illegal? "Yes sir," replied McLaughlin.

McLaughin's account of the incident was supported by another agent on the scene, Adam Daniels, who said there had been contact, but no assault. A third agent, Dan Doyle, who was Reichle's office mate, sided with Reichle, and a fifth agent said he was not close enough to see.

Nationwide, the courts are divided on whether law enforcement officers can be sued for retaliatory arrest if there arguably were grounds for the arrest in the first place, the grounds here being that Howards initially said he didn't touch the vice president, when in fact, the agents agreed he did touch him.

The agents, backed by the Obama administration, are contending that in cases involving protection of the president and vice president in particular, law enforcement officers must make split-second decisions — and that their protective actions would be chilled if they could be sued for making the wrong call. They want immunity from lawsuits.

Howards counters that the essence of American democracy is the ability of its citizens to express their opinions to elected officials, and that if police officers cannot be held accountable for retaliatory arrests, the rights of citizens will be greatly inhibited.