Accessibility links
Americans Hit The Brakes On NASCAR NASCAR spent millions of dollars researching how to get people more interested in the sport, but Americans' love affair with cars isn't what it used to be. 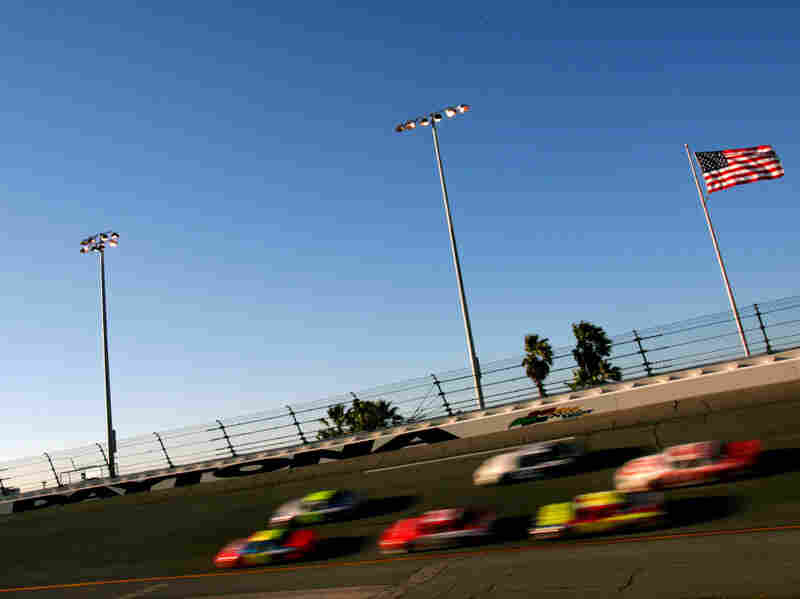 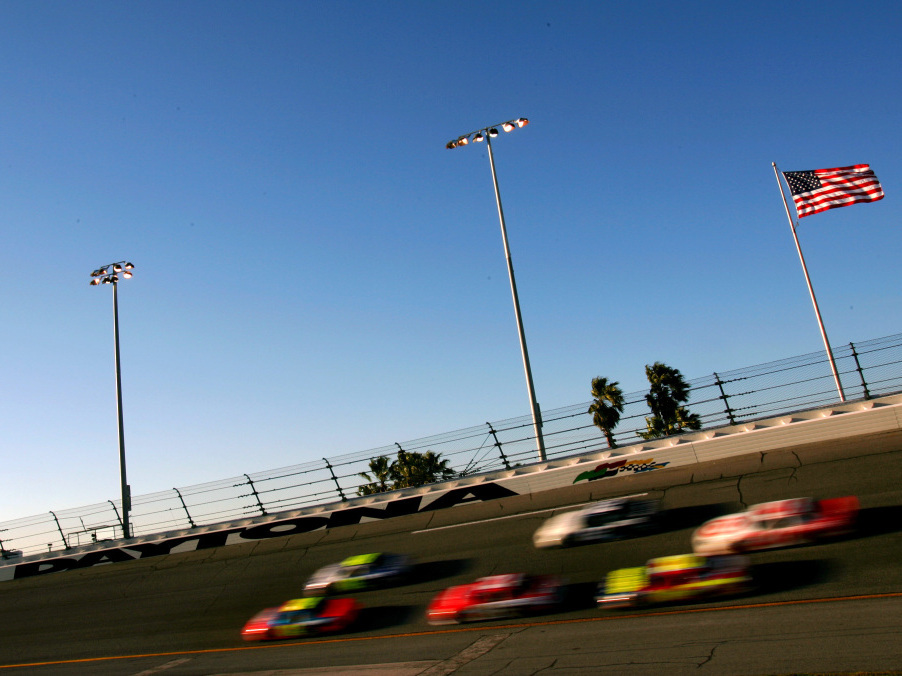 Drivers practice for the Budweiser Shootout at the NASCAR Nextel Cup Daytona 500 at the Daytona International Speedway in Daytona, Fla.

Individual sports are always volatile, and after being the next big thing, NASCAR's popularity has stalled.

A lot had to do with the economy. In a sport that depends on sponsorships and rich owners — like those good buddies Mitt Romney kicks tires with --– NASCAR was especially vulnerable.

And as for fans, when it became cutback time, they had to think twice about gassing up those big old RVs and driving a far piece to sit in those ear-shattering stadiums.

So, NASCAR invested $5 million in research to find out how to get back out of the pits. To me, the most fascinating finding was that all those old, white guys, who were the bread-and-butter NASCAR constituency, were not being replicated by their sons and grandsons. Frankly, the younger generations don't care to mess around with cars.

Ladies and gentlemen, I know this is heresy. It's been a given that Americans have what is always called "a love affair with the car." But what NASCAR found out was that it's now only a platonic relationship. No hands on. A whole cohort of our young boys — and girls — have been growing up without any interest in messing around — tinkering — with cars. It made me think that the last time I ever heard anybody talking about looking under the hood was Ross Perot, when he ran for president in '92, and he kept saying all we had to do to fix things was look under the hood.

Well, NASCAR found, nobody much wants to do that anymore. Sure, younger people still view automobiles as a necessary evil to get from A to B, but no less so than do Brazilians or Indians or Chinese.

In fact, Americans aren't satisfied only to drive. They otherwise want to talk on the phone, eat and drink, text, plug in their iPods, fool around with the GPS or — the best and brightest of them — listen to NPR. How many Americans would even get into cars if they couldn't be entertained while driving? There goes the demand for foreign oil right there.

Moreover, when it comes to cars, kids grow up being primarily accustomed to watching cars crashing in movies and on TV. Cars aren't for racing anymore. They're just instruments of demolition.

And tinker? Researchers at the University of Michigan found that the kids who tinker more with the Internet delay getting their driver's licenses. Not wanting a driver's license? Next to making out, that was the most important rite of passage in an American teenager's life.

Look, I wish NASCAR well. I hope it gets people back to the races, but it is going to have to do it with stars and steroids and point spreads, like all the other sports. Nobody cool wants to look under the hood anymore. They want to look at Facebook and YouTube. As of 2012, the American love affair with the car is over. Cars are so Greatest Generation.