Accessibility links
Coco Chanel: The Unlikely Fashion Icon Coco Chanel's name is synonymous with high fashion and luxury. She was born into extreme poverty, and eventually revolutionized women's fashion. In her recent biography Coco Chanel: An Intimate Life, Lisa Chaney chronicles the life, loves and career of the fashion icon. 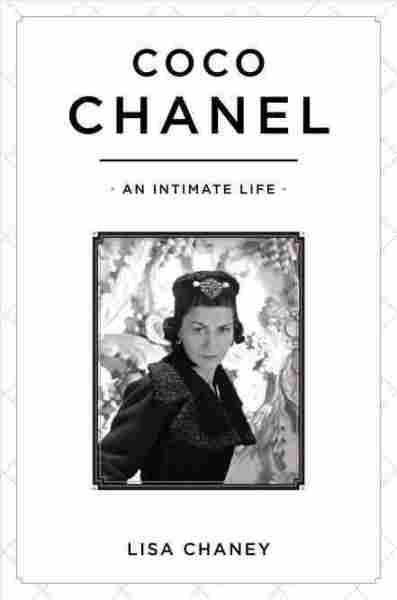 Fashion designer Coco Chanel has been credited with developing the "modern woman." She once said, "I had rediscovered honesty, and in my own way, I made fashion honest." By loosening waistlines, shortening hemlines and embracing pants, Chanel redefined women's style. She was inspired by men's wear: shirts with clean collars, simple sweaters and loose belted jackets. She liberated women from constrictive clothing by making clothes that women could move in. Her designs were a symbol of the independent woman she was.

How she would become one of the most influential fashion icons of all time is the subject of Lisa Chaney's biography "Coco Chanel: An Intimate Portrait." The book was discussed on NPR's Tell Me More as a part of the program's biography series for Women's History Month.

Chanel was born into dire poverty and orphaned at age 11. "By the time I was 12, I realized that money is freedom," she said. She would eventually become the mistress of powerful men – one of the few options available to poor women in early 20th century France to escape poverty. What she never escaped though was the fear of her early life.

Chaney describes for Tell Me More host Michel Martin how very complex Chanel was: Her heart was broken when the love of her life died in a car accident; and she had romances with artist Salvador Dali, a Duke of Westminster, composer Igor Stravinsky and even a Nazi spy. That affair, during WWII, is still a point of criticism as some claim Chanel was an anti-Semite. She has also been criticized for her treatment of employees when she closed her salon during the war. "I think it was a terrible, terrible thing to do. But she was hard. She was hard but she wasn't only hard. And I try really hard in the book to paint a nuanced picture of a woman who was deeply complex and who could be very hard but wasn't only hard," said Chaney.

After the war, Chanel's comeback is credited to the United States. In 1954, the American edition of Vogue magazine lauded the redesigned Chanel suit. While many women will never have the financial means to afford couture Chanel, her influences are seen in today's shoulder bag, sling back shoes and the little black dress.

"She was a force of nature. She was very impressive in many, many ways," Chaney said. "And I think she gave women – all of the 20th and 21st century – I think she gave us an enormous amount. It really wasn't just the clothes. The clothes were a reflection of her life."

Read an excerpt of Coco Chanel