Accessibility links
Was Trayvon Martin's Killing A Federal Hate Crime? The Justice Department has few options in the investigation of the death of Florida teen Trayvon Martin. But former prosecutors say one law passed early in the Obama administration might apply: the Matthew Shepard and James Byrd Jr. Hate Crimes Prevention Act. 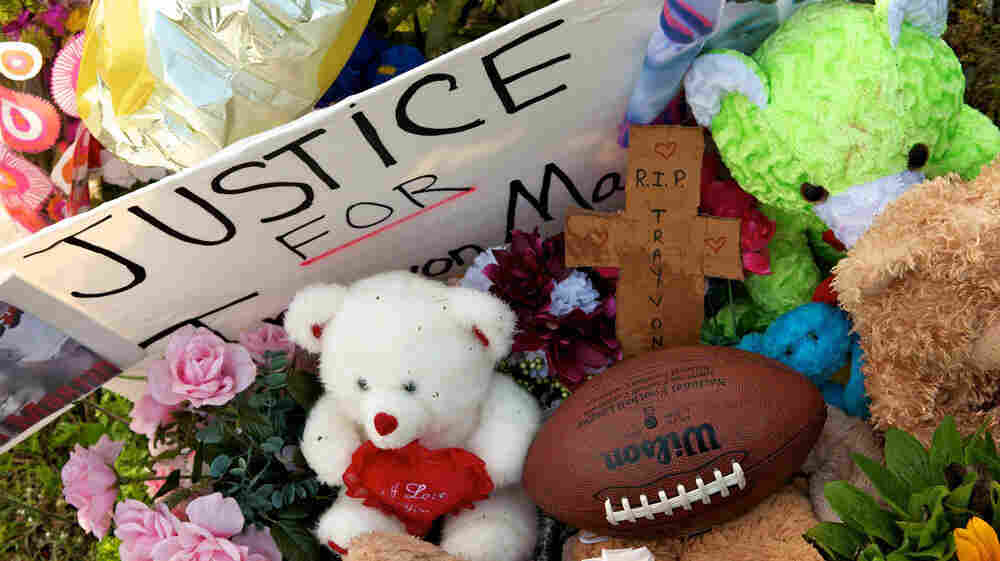 A memorial to 17-year-old Trayvon Martin outside the community in Sanford, Fla., where the teen was shot. Roberto Gonzalez/Getty Images hide caption 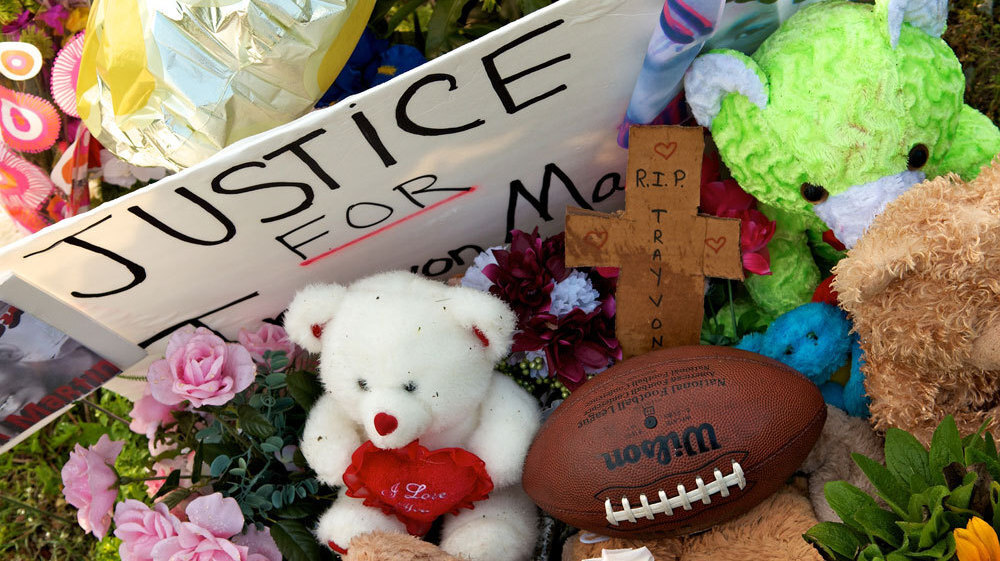 A memorial to 17-year-old Trayvon Martin outside the community in Sanford, Fla., where the teen was shot.

Civil rights groups cheered the news that the Justice Department would look into the case of Trayvon Martin, the unarmed black teen shot by a man on neighborhood watch in Sanford, Fla.

But the bar for the Justice Department to make a federal case is high. Ultimately, it has few options at its disposal when it comes to investigating the teen's death.

The law makes it a federal crime for someone to engage in violence because of a victim's race or color.

Rep. Corrine Brown (D-Fla.), whose district includes the subdivision where Martin died, says she is looking to the Justice Department, rather than the Florida authorities, to fully investigate the case.

There's a reason for that, says Christina Swarns of the NAACP Legal Defense Fund: the troubling legacy of the 1950s and '60s, when many people may have gotten away with murder because local police didn't do their jobs.

If, in fact, Zimmerman was saying a racial epithet right before the shooting, that's going to be a very important piece of evidence.

"This goes back to a long history in this country, where African-Americans are victims, and state authorities failed to act in a timely and appropriate manner," Swarns says. "African-American communities have repeatedly had to resort to asking for federal government intervention in these cases."

A High Bar For Federal Action

The Justice Department has two main options in bringing a federal civil rights case in a shooting death. One is reserved for cases where a local police officer is the one doing the shooting.

But George Zimmerman, who fired the deadly shot in the Trayvon Martin case, was on a neighborhood watch. And, from what federal investigators understand so far, Zimmerman says he acted in self-defense and doesn't appear to have been acting in an official capacity.

The other option for federal authorities is a 2009 hate crime law named for Matthew Shepard, who was targeted by attackers and left to die because he was gay, and James Byrd Jr., a black man who was dragged behind a truck by his killers.

Samuel Bagenstos, a law professor who worked in the Obama Justice Department, says "a crucial question in determining whether the Shepard-Byrd statute applies is going to be whether Zimmerman acted with discriminatory intent."

In the 911 call released by the police department, Zimmerman seems to disregard an order to let law enforcement handle the situation.

During the call, the dispatcher asks Zimmerman, "Are you following him?"

Trayvon Martin Shooting: What If Shooter Was Black?

When Zimmerman says that he is, the dispatcher replies, "OK, we don't need you to do that."

Just before that exchange — approximately 2 minutes and 20 seconds into the tape — Zimmerman appears to mutter a racial epithet under his breath.

That remark could give the Justice Department a hook into the case, says Bagenstos.

"If, in fact, Zimmerman was saying a racial epithet right before the shooting, that's going to be a very important piece of evidence," Bagenstos says.

Some people think Zimmerman muttered a profanity — but nothing racially disparaging. His father told reporters that Zimmerman is Latino and has lots of black friends.

But Swarns of the NAACP says she has no doubt about Zimmerman's remark. "Obviously in the last 24 hours the enhanced audiotapes have come out," she says. "And we can all hear what sounds very clearly to be a racial epithet being used by Mr. Zimmerman before the shooting."

So far, the Justice Department has charged only a few people with racially motivated assaults under the Shepard-Byrd law.

In January, two people from New Mexico received prison time for beating a Navajo man with developmental disabilities. They drew KKK and white power symbols on the Navajo man's body, and branded him with a hot wire hanger in the shape of a swastika.

Experts say when prosecutors use the Shepard-Byrd law, juries are automatically instructed that negligence, accidents, mistakes and recklessness are not considered crimes under the federal hate crimes statute.

That means the Florida state grand jury, which can consider manslaughter and other charges with a lower evidentiary bar, may ultimately be the best hope for Trayvon Martin and his family.

The audio of this story, as did a previous Web version, incorrectly says that Matthew Shepard was a teenager when he was killed. Shepard was 21 years old.