Accessibility links
Clark Terry: Not Just A Jazz Jester From a new series, Kevin Whitehead reviews a pair of '60s LPs from the distinctive trumpeter. 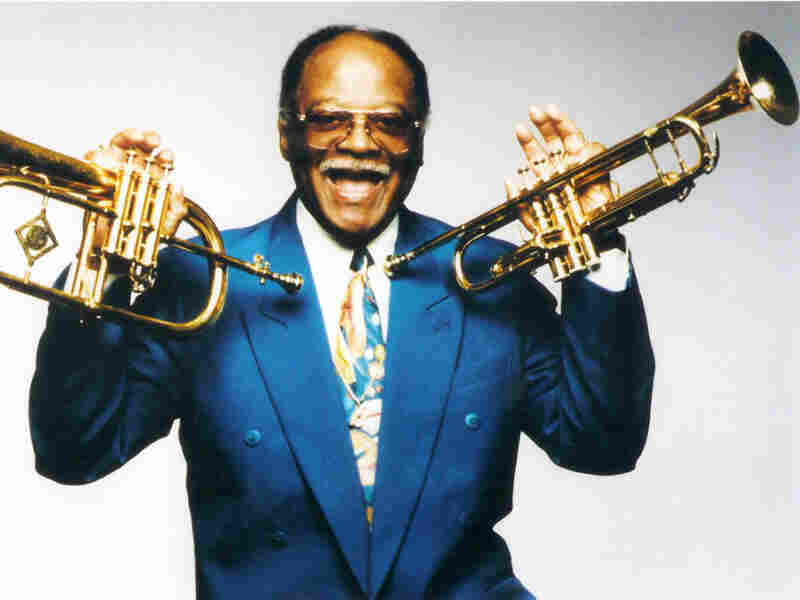 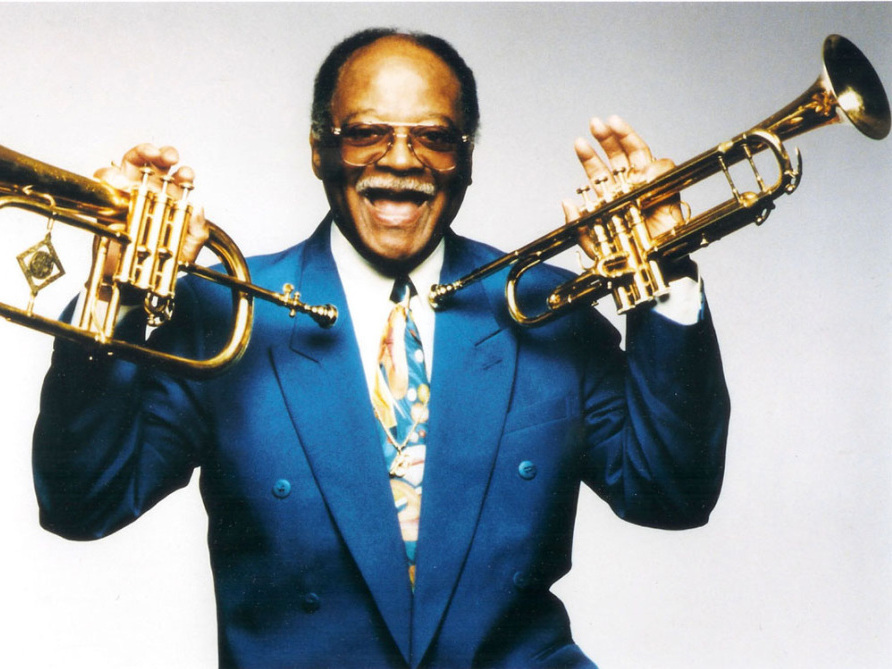 Writing about Clark Terry in the past, I've grumbled that this great and distinctive trumpeter had long been stereotyped as a pixie-ish jazz jester. There's more range and deep blues feeling to his sound than that. It wasn't all sweetness when he was growing up poor in St. Louis, touring in the Deep South before WWII or breaking the color line with TV orchestras in 1960. He talks about all that in his recent autobiography Clark, one of those jazz books brimming with good stories. Still, he did make a record called The Happy Horns of Clark Terry, one on which his dexterity and high spirits ran together — even at low volume.

On this 1964 album, Terry's flanked by altoist and clarinetist Phil Woods and tenor saxophonist Ben Webster, who, like Terry, had played with Duke Ellington. The repertoire is heavy on Ellingtonia, and the two vets complement each other well: Webster can wail, but his slower and more reflective side offsets the trumpeter's hotdogging.

The Happy Horns of Clark Terry is now paired on one CD with his even more ebullient album It's What's Happenin' from 1967. There, he hooks his trumpet up to a Varitone, an electronic gizmo that doubles or filters a horn's sound; it's more often used by saxophonists such as Eddie Harris. Like Harris, Terry knows that the key is not to do overdo it — to use Varitone to shade his sound rather than blanket it. The device proved oddly useful in ballads like "Secret Love."

Clark Terry writes in his book that he tells students to make up lyrics to wordless tunes to help them phrase the melody better. Like earlier Ellington brass men and later modernists such as Jason Moran, he injects speech rhythms into his music — not least in role-play dialogues between his voice and horn. Like Fats Waller talking to himself at the piano, he seems to drift off into a rich fantasy life.

Did I mention he's friends with Bill Cosby? Much as I rue Clark Terry getting typecast as a clown, he does have a flair for it. The new Terry reissue is part of a series on Impulse pairing two LPs on one CD. The current batch includes two classic Charles Mingus albums, as well as two by Keith Jarrett's so-called American quartet, recorded in one week in 1975. There's also a Freddie Hubbard with Sun Ra saxophonist John Gilmore on one session, and a pair of enjoyable trifles where arranger Oliver Nelson got Hank Jones and Steve Allen to play electric harpsichord, and Clark Terry to sing "Winchester Cathedral." A clown who can really play can always find work.