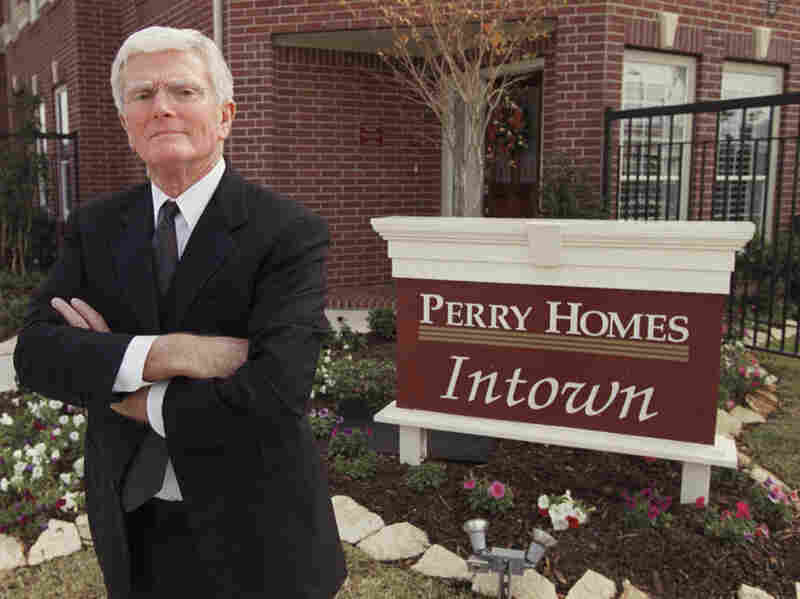 Houston home builder Bob Perry at the sales center of one of his developments in 2002. Melissa Phillip/AP hide caption 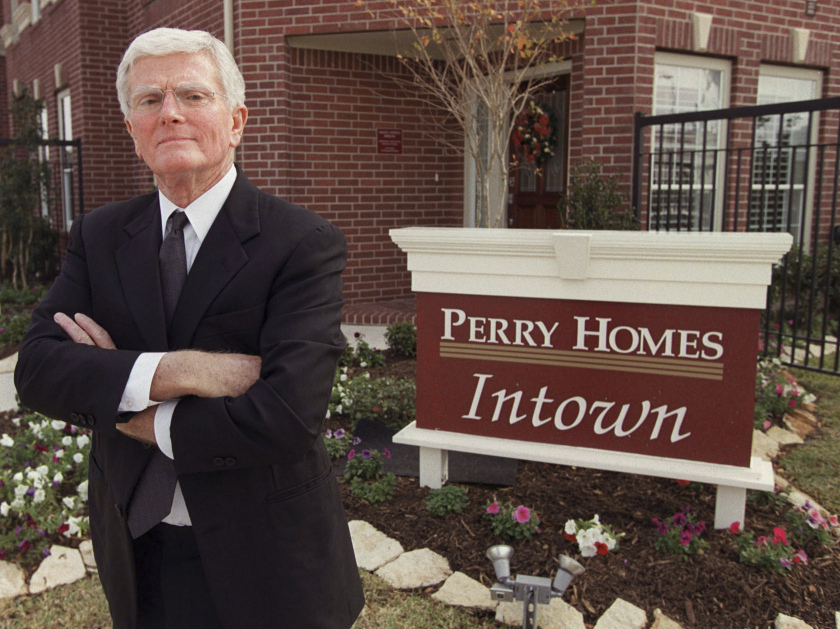 Houston home builder Bob Perry at the sales center of one of his developments in 2002.

The latest reports from the Federal Election Commission shed new light on the political largesse of two Texas businessmen who have become common names in the world of Republican fundraising.

With a $1 million check in February to the superPAC backing Rick Santorum, Dallas nuclear waste dump owner Harold Simmons and his wife, Annette, have now contributed to groups supporting all three of the top GOP candidates.

And Houston home builder Bob Perry tripled his 2011 investment in the superPAC supporting Mitt Romney: His $3 million donation made up nearly half of Restore Our Future's total take in February, according to FEC figures released Tuesday.

Republican political consultant Bill Miller says that over the last 30 years, Perry has used his money to build the Texas Republican Party. He's been the single largest donor at the national level, too.

According to figures compiled by the Center for Responsive Politics, the National Institute for Money in State Politics and Texans for Public Justice, during the last decade Perry has donated $79,944,942 to various campaigns.

"He's been generous and he's been the go-to guy," Miller says. "The first and last to ask, for Republicans, as long as I can remember."

Simmons has not been donating as long as Perry. But in the last eight years he's made a big impact as well, donating more than $20 million to the GOP.

"They both play big. They're very generous and their checks are large," Miller says, "and when they step in you know that they're there."

In the past, Simmons has been drawn to what some might say is the seedier side of presidential campaigns. He gave $3 million to the Swift Boat Veterans for Truth to torpedo Sen. John Kerry's Vietnam War record during the 2004 presidential race.

To help Sen. John McCain in 2008, Simmons gave nearly $3 million more to help pay for an ad that linked Barack Obama to a 1970's radical left-wing group called the Weathermen. 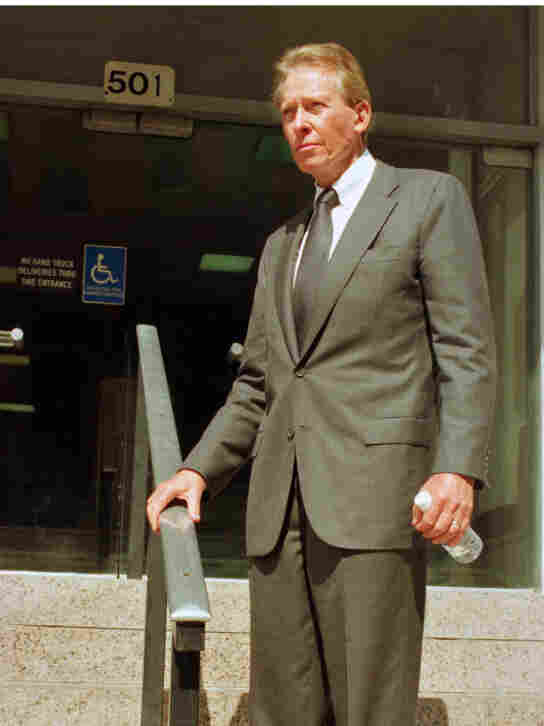 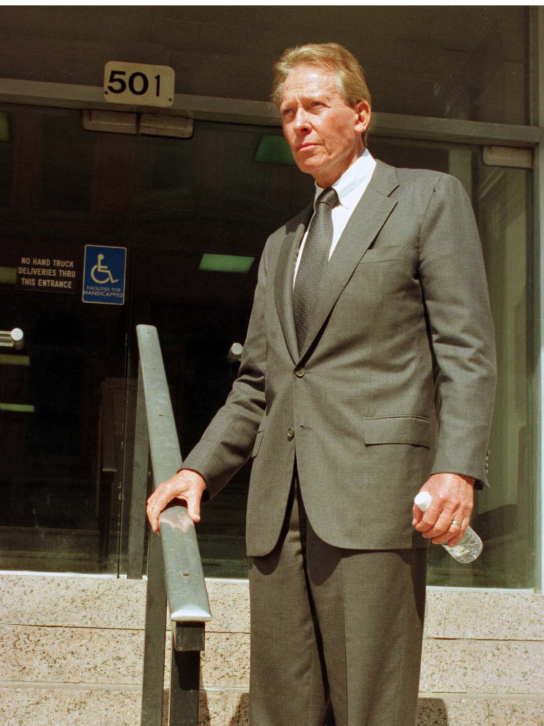 Texas businessman Harold Simmons stands outside a Dallas courthouse in this 1997 photo.

The attack strategy, which attempted to link Obama to the militant group's leader Bill Ayres, didn't get much traction, perhaps because Obama was in elementary school in 1970.

But the Swift Boat ads did do meaningful damage to Kerry.

This election cycle, Simmons and his wife have been spreading his money around, with donations to support Romney, Santorum and Newt Gingrich. Simmons gave another $14 million to Karl Rove's superPAC, American Crossroads — the Supreme Court's Citizens United ruling's effect clearly on display here.

Political observers in Austin, Texas, speculate this spreading of the wealth has to do with Simmons' main business, a nuclear waste dump in West Texas.

"His motive these days is to expand as much as he can the volume of waste that comes into the dump," says Craig McDonald, who heads Texans for Public Justice, which tracks campaign contributions in Texas.

Simmons' dump takes low-level nuclear waste, McDonald says, but it could be the long-term storage solution for high-level nuclear waste. This material is usually stored on site at the reactor and is a security and environmental threat.

Given how politically charged the subject is, Simmons is going to need political allies at both the state and federal levels.

"We've also noticed the last couple of years he not only has been moving money to federal candidates, but he's also been moving a lot of campaign money to state leaders in states that, right now, don't have a location to place their own low-level [nuclear] waste, so he's out there shopping," McDonald says.

"There's an old joke that a taxidermist and a veterinarian go into business together and the sign says, 'Either Way You Get Your Dog Back,'" says Ross Ramsey, who has been covering Texas politics for more than 30 years and is the editor of the online journal The Texas Tribune. "Simmons is playing this so that however it lands, he's got a winner."

Ramsey says Simmons and Perry, while pretty conservative, are nevertheless considered mainstream Republicans. In fact, Perry, who relies on immigrant laborers to staff his construction crews, successfully blocked the most severe immigration reform measures that Tea Party supporters wanted to pass in Texas.

If Romney finally wins the nomination he can expect a warm and lucrative welcome in the Lone Star State. And that goes for whomever the eventual Republican nominee turns out to be.