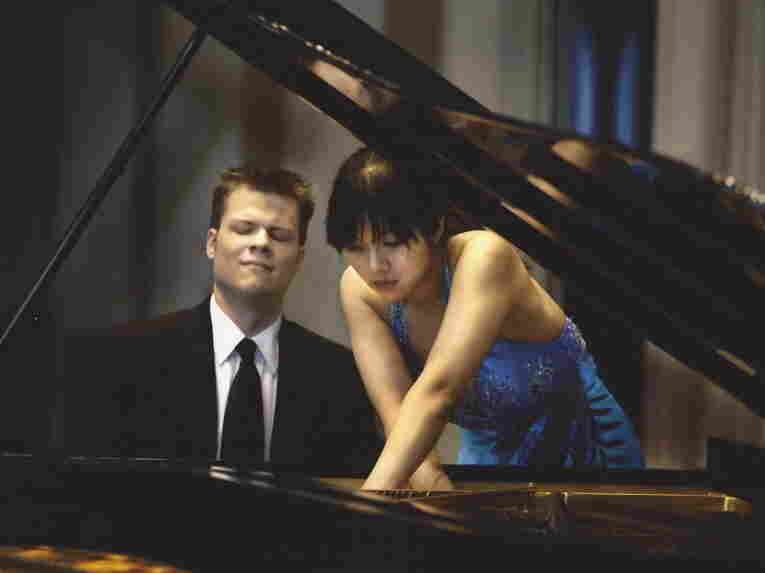 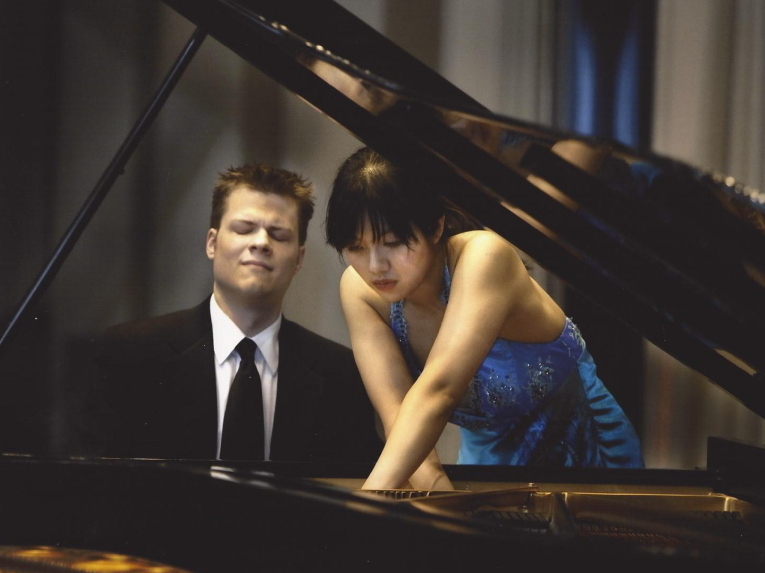 Two pianos pound out a series of deep, dynamic runs with ominous fervor. Could it be... Edvard Grieg's "In the Hall of the Mountain King"? Up the keyboard the classical pianists climb, as if emerging from a pit of hellfire. Then, a sudden burst of percussive staccato notes establishes a familiar melody: The song is Michael Jackson's "Billie Jean."

The pianists perform as Anderson and Roe — that's Greg Anderson and Elizabeth Joy Roe, who met in 2000 as freshmen at Juilliard. Now, having completed their master's degrees there, they're a four-handed concert and recording act which takes liberties with the classics and picks liberally from the world of non-classics.

Anderson says it took a while to figure out how to bring classical chops to Jackson's choppy ode to paranoia — featured on the pair's new album, When Words Fade. The pianists appear to have drawn from the big, brooding sound of Rachmaninoff, while seasoning it with lush, Gershwin-esque chords. Their 20 fingers lay down a danceable bass line and scurry across the piano's upper registers. Tension mounts and settles, notes ring out and fade to quiet, and listeners can't help but hear the ghostly echo of Jackson's frantic disavowal: "The kid is not my son." Bold and brash, full of unexpected twists, Anderson and Roe's interpretation pulls off an expertly rendered, elegantly pianistic moonwalk.