Accessibility links
Parkinson's Benches Petrick, But He's Still Not Out When Colorado Rockies catcher Ben Petrick was 22, his doctors told him he had early-onset Parkinson's. He struggled to hide the symptoms, but, frustrated by his shaking and growing lack of mobility, he retired in 2004. Petrick has since focused on coaching, parenting and giving motivational speeches. 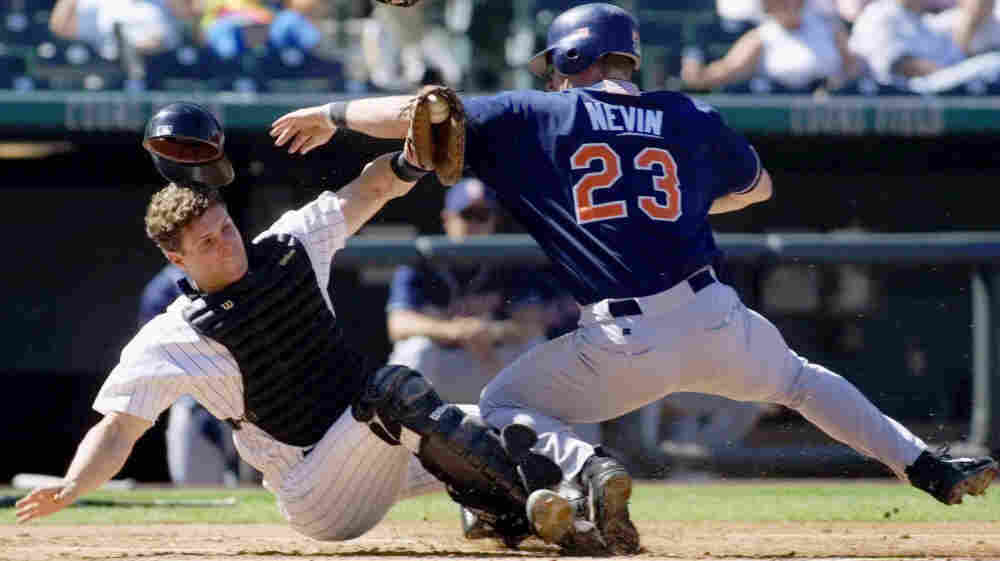 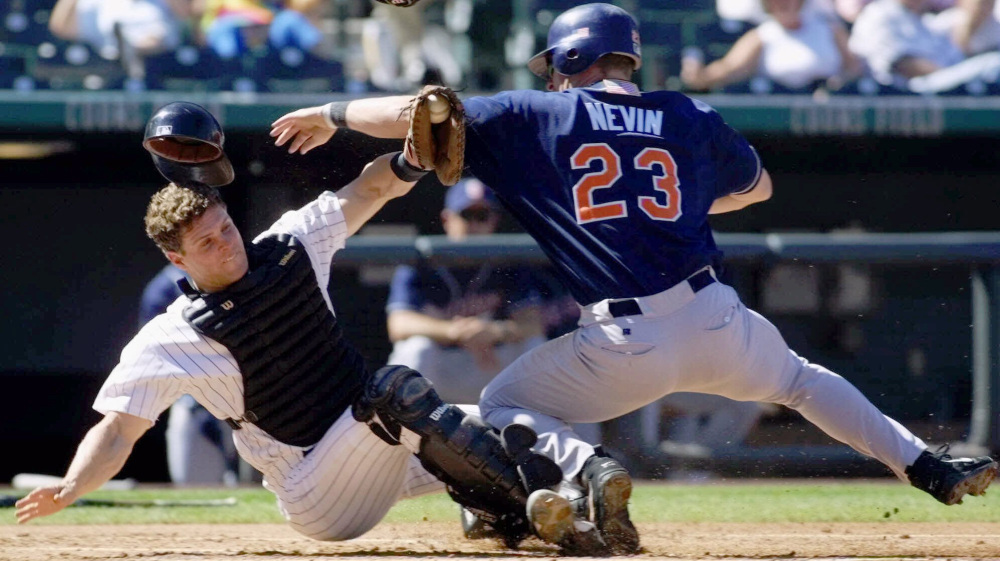 If Ben Petrick's career had gone the way the scouts expected, he'd still be in his prime — a star baseball player, maybe even a megastar. He came up to the majors as a catcher for the Colorado Rockies in 2000 with speed, power, a fine arm and maybe a better head for the game.

But the year before, at just 22-years-old, he learned that he had early-onset Parkinson's. He struggled to hide the symptoms, but, frustrated by his shaking and growing lack of mobility, he retired in 2004. Petrick has since focused on coaching, parenting and giving motivational speeches.

Petrick talks with NPR's Neal Conan about living with Parkinson's, and his love for the game of baseball.

On discovering something was wrong with his body

"I was about a month and a half from my first September call-up, it was in the Arizona Fall League, and I just woke up one day and did my normal thing and got on the computer. And I went to email somebody and started typing and I was mistyping. I thought that was kind of strange, so I kind of held my hands in front of my face and did a little hocus focus, wiggled my fingers. And my left hand was not responding to me nearly as well as my right hand. And so I was just taken aback by the fact that I couldn't do it.

"And there was a little tremor there, not a big tremor. But the fact that my father had been having a tremor for the previous six to seven months, [and] he was diagnosed with Parkinson's, was in the back of my mind. So I was concerned right away."

On his baseball career, post-diagnosis

"I was significantly slower ... but I still managed to take the bat in the right spot at the right time and had a pretty good year that year. And then the next year, it kind of started getting more worse. And then, you know, catching was difficult. I wasn't able to get my glove to the ball when I wanted to. And so the difficulty started then. But I was so brainwashed. I was determined to just put the disease in my back pocket and just focus on baseball, that I didn't really realize that the disease was having the effects on me that it was. 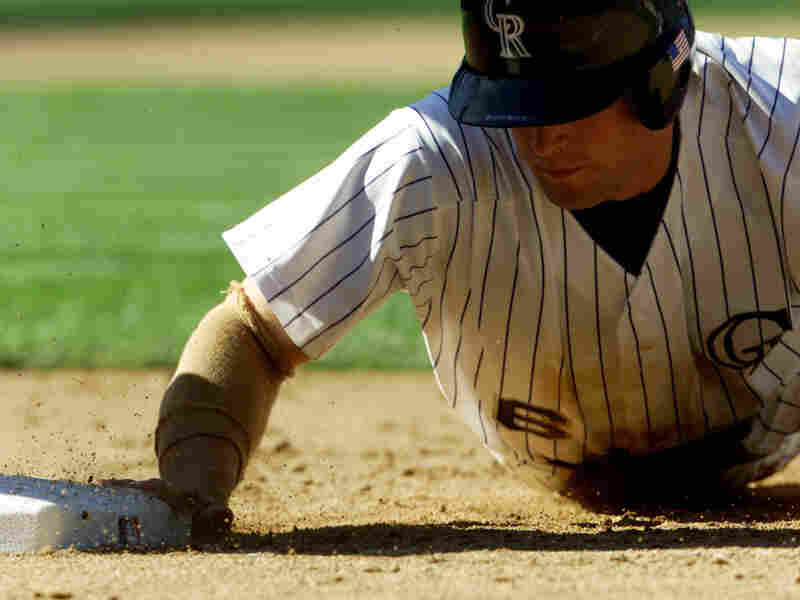 Ben Petrick dives into the plate during a 2001 game against the San Diego Padres at Coors Field in Denver, Colo. Brian Bahr/Getty Images hide caption 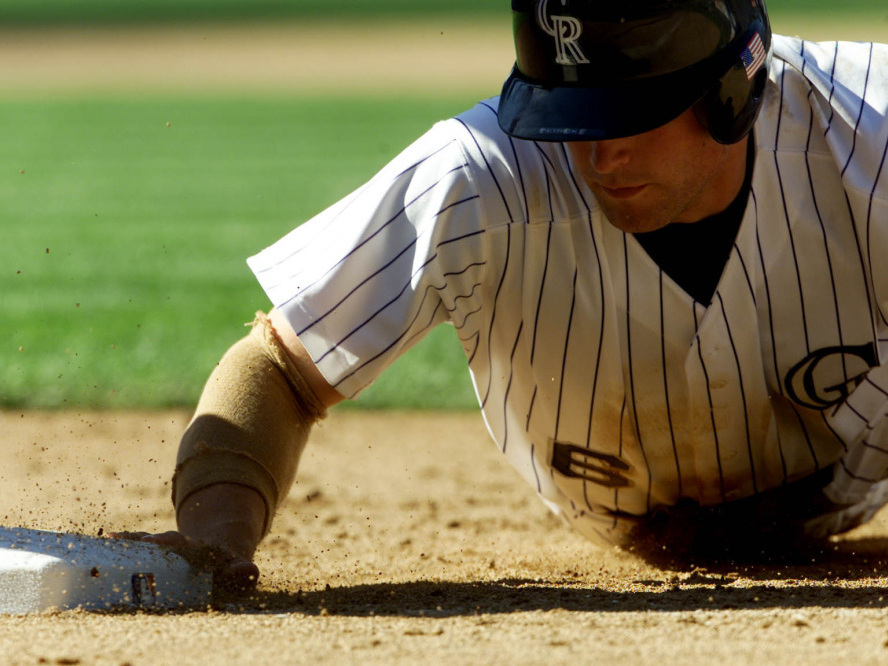 Ben Petrick dives into the plate during a 2001 game against the San Diego Padres at Coors Field in Denver, Colo.

"And so, yeah, I just tried to keep charging along, playing the game I love and tried to make a career of it. And then when I realized it was getting bad, I knew that my days were numbered. It was about 2002-2003 ... I was taking all the medication that I needed to be, but with Parkinson's, you want to try to hold off on the medication because of the long-term side effects.

"... So I was taking way too much to play a game. I realized that I needed to focus the rest of my life. ... I just retired and tried to regroup and get in a better medication regimen and enjoy the rest of my life, which I'm doing now."

On his life, post-retirement

"I'm enjoying ... doing private lessons and helping out with the varsity baseball team at the high school that I went to. So I get around where I can. And now, things are great. I'm doing well now, after having a second brain operation to relieve my symptoms, and it's been pretty good.

"... I mean, you know, heck, I was wondering if I was ever going to get married, having this disease. And I was lucky enough to twist a girl's arm hard enough to where she wanted to marry me. She's been a special person in my life, for sure. And you get married and you're going, do you want to try having kids? I mean, because what does the future hold, you know? What kind of a dad am I going to be, what things can or can't I do.

"... [My elder daughter] Makena was born, and she's been amazing. And what a transcending moment, for me, just kind of refocusing my life on her and becoming the primary caregiver for her. So, it's been awesome."