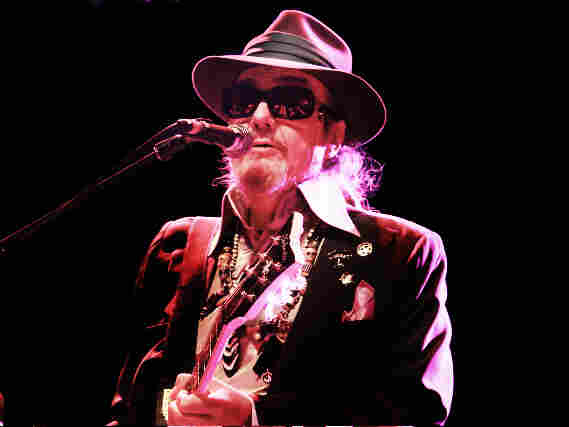 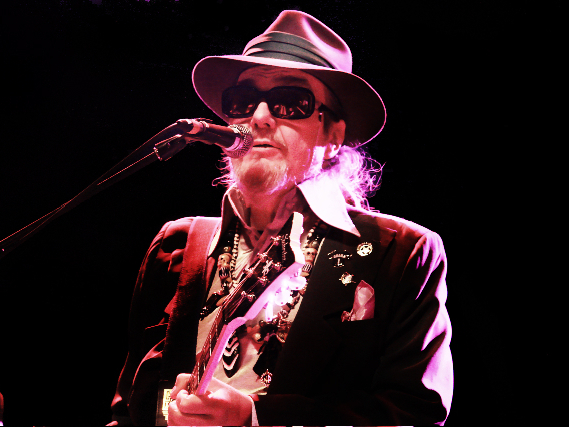 The Black Keys' Dan Auerbach makes Dr. John (pictured) sound fresh and intimate by connecting him to his vital musical past.

Learn more about this release on iTunes.

Horns run quickly up and down a semi-chromatic scale, sounding faded and ghostly, as if they're blowing in a juke joint back in the 1920s. Then the volume rises, the pace slows a bit — like a not-too-fast, not-too-slow, shoulder-shimmying sashay down a New Orleans street late at night. A familiar voice begins to sing, loud and strong; it's the unmistakable growl of Dr. John. The song is "Big Shot," from the new Locked Down, in which Dan Auerbach, singer and guitarist for the blues-rock band The Black Keys, aims to give the good Doctor a modern spin. Auerbach and Dr. John count among the song's many co-writers.

Dr. John always sounds exactly like Dr. John: a singer with heart and swagger in his gravelly drawl and magic powers in his piano-thumping fingers. In the 1970s, when he burst into national fame, he was totally outrageous — dressing like a befeathered voodoo king and calling himself the "Nite Tripper." Today, he's a bit of an elder statesman, singing old classics and penning mournful paeans to Katrina-battered New Orleans.

Auerbach makes 71-year-old Mac Rebennack sound fresh and intimate by connecting him to his vital musical past. The horns pump up the song, just the way they'd enliven a funeral march in the Big Easy. The backing McCrary Sisters are gospel-flavored and swathed in reverb, while Dr. John himself sounds as if he's having a heap of fun with the self-promoting lyric. He slurs words with New Orleans insouciance, toys with the beat, injects just the right amount of ego and attitude, and proves that now, as always, he's the ruler of American roots music.