Accessibility links
Niecy Nash Puts Her Blended Family In The Reality Spotlight Neda Ulaby talks to comedienne Niecy Nash about her new real-life sitcom, Leave It To Niecy, about her blended family. 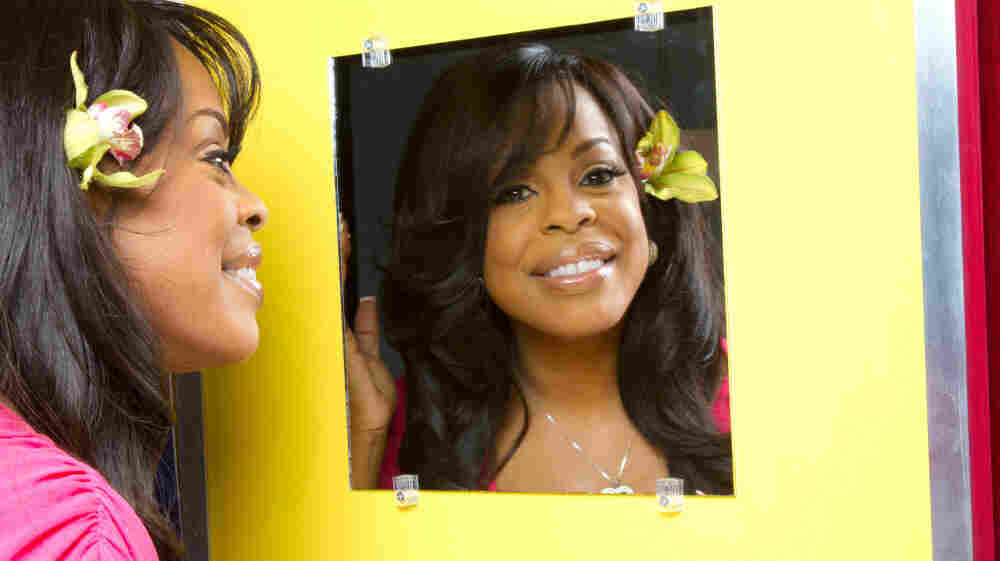 Niecy Nash is the star of the new family "docu-sitcom," Leave It To Niecy, on TLC. Robert Ector/TLC hide caption 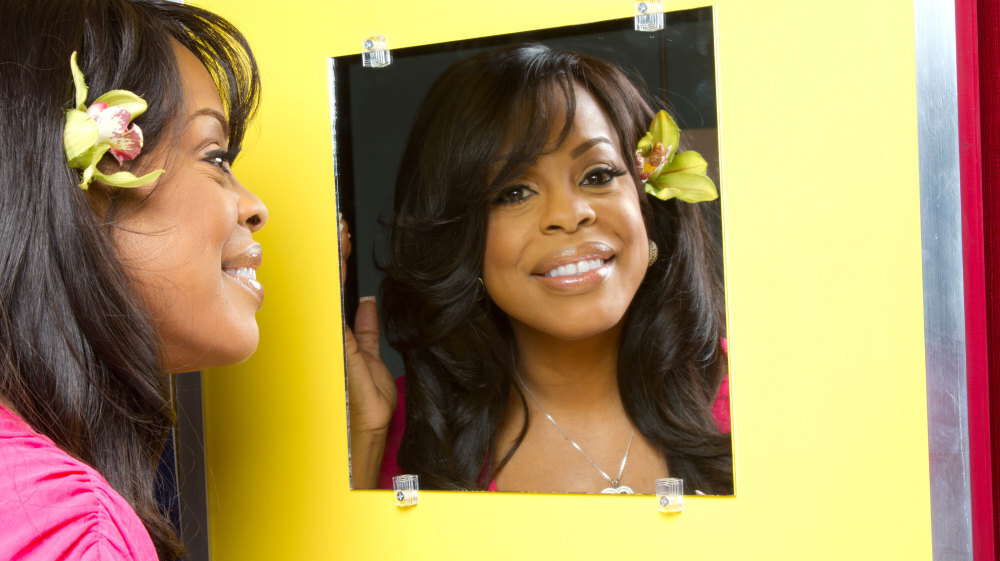 Niecy Nash is the star of the new family "docu-sitcom," Leave It To Niecy, on TLC.

If you know the actress and comedian Niecy Nash, you're probably either excited about her new reality show, Leave It To Niecy, or you're cringing just thinking about it. Nash does not do things halfway. Her new show starts Sunday, and it's intended to be something like a real-life Modern Family.

Back when she was on Comedy Central's Reno 911!, Nash played up every ridiculous stereotype about black lady cops. Then she perched a flower in her hair and hosted the reality show Clean House, about overhauling shockingly messy houses. Last year, when she got married in a two-hour special called Niecy Nash's Wedding Bash, almost five million people tuned in to cable channel TLC. That was enough for the network to offer Nash a reality show about her newly blended family — new husband and stepson, plus Nash's mother and three teenagers.

"I've known for quite a while that I was a funny girl," Nash confided during an interview in a Hollywood hotel. She's slinky and huge-eyed in a zebra-striped top and lipstick-colored stilettos. She grew up in southern California in a family where being a funny girl wasn't particularly rewarding.

"You know, I got pinched in church, I got the notes sent home from school from the teacher," she remembers. And Nash says she was uncertain about how to channel her big personality until her brother was shot and killed accidentally in the hallway of his high school. Nash was in her early twenties. She felt helpless as she watched her mother sink into a deep depression.

"She said, 'I'm getting into bed and I'm never getting up,'" she remembers. "So I would go to the foot of my mother's bed and tell her jokes, stories and do characters. And my mother went from laying down in the bed to sitting up in the bed."

Comedy, Nash realized, could be meaningful. "It didn't completely heal my mother, but I saw it serve as a spackle or a salve."

With Leave It to Niecy, Nash wants to show what goes into building a new family. "We're not quite a blended family," she confesses on the show, as her kids raise their eyebrows at their stepdad's uncool jokes. "We're in the blender. I just need to turn it on."

Before she allowed cameras into her house, Nash says everybody sat around the table and decided collectively to put the family on TV. Did they have any limits? "I would draw the line if my children were challenged by something," Nash says. "I wouldn't want to embarrass them in front of the world."

But that's happened before. Middle daughter Donielle, who has inherited her mother's impeccable comic timing, allows that being Nash's daughter can be embarrassing. "My mom's the one who wore the fake butt on TV," she says dryly.

Donielle's referring to the 2007 movie Reno 911!: Miami, in which Nash's costume included a massive prosthetic bottom on display in a tiny thong. Nash wore it to the movie's premiere, as a gag.

"I wore the booty to the red carpet. I wasn't even thinking!" she says, her voice, shaded with amusement and a hint of regret.

Nash says she did not expect pictures of the booty to pop up all over the internet, nor did she expect to be criticized by people who felt she was perpetuating African American stereotypes. She says it did not even occur to her back then that anyone would care about the joke besides her fellow cast members.

"So I realize now that we need to have conversations if there's something that I do that can affect [my family]," she say wryly. "That's hindsight."

Before Leave It to Niecy started to film, Nash preemptively sent her kids to counseling, to spare them — and herself — any more fame-related pitfalls.

"I'm a work in progress," she laughs. "You know, my kids didn't come with instructions ... and neither did this business, so when I put the two of them together, I gotta take it a little at a time."

In Leave It to Niecy, Nash's kids tease her constantly. They joke that they're not volatile enough to be interesting to a big television audience. But Nash believes there's plenty of drama in exploring how people learn how to love each other.