Accessibility links
The Shakuhachi Jazz Of Minoru Muraoka Hear five haunting songs from the late '60s to early '70s. We file them under jazz only by default. 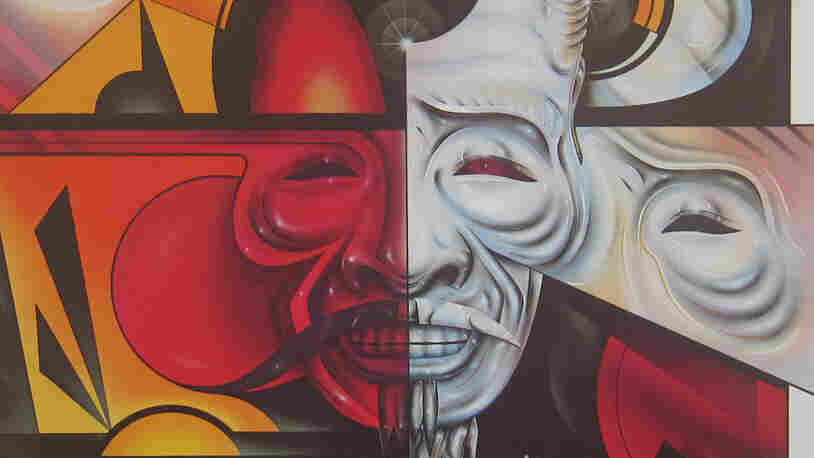 A detail from the cover of Minoru Muraoka's collaboration with Herbie Mann, Gagaku and Beyond. Courtesy of the artist hide caption 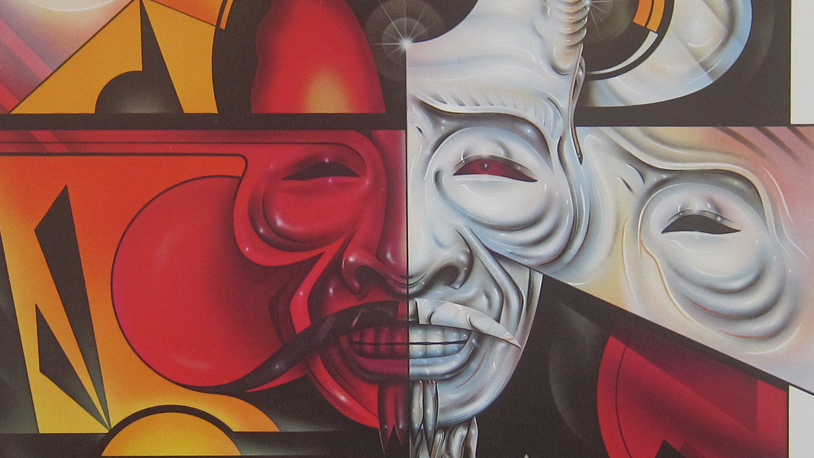 A detail from the cover of Minoru Muraoka's collaboration with Herbie Mann, Gagaku and Beyond.

It took some time to count the stamps on my passports, but it turns out I've averaged one trip to Japan per year for the past decade. While crack-of-dawn sushi at Daiwa's in Tokyo's Tsukiji fish market and journeys to Hakone in search of the best onsens (rustic, mineral spring-fed inns) were on my early "must do" lists, as a record collector one of my main desires was to dig deeper into Japanese jazz.

Prior to my first trip to Japan, I'd searched for years for Headhunter Paul Jackson's Japan-only Black Octopus album and, upon sourcing a copy, was disappointed in its plainness. While in college, I'd heard the superb, now-reissued (but always out of reach in its original form) Black Renaissance album by the late pianist and arranger Harry Whitaker. I'd run through the Japanese jazz label Three Blind Mice's well-distributed catalog.

But most of my early ventures through the used bins in Tokyo and Osaka's then-plentiful boutiques led to more American jazz scores than Japanese ones. Besides the wonderful novelty of the Yamaha-sponsored Electro Keyboard Orchestra's solitary album and the official Japanese issue of Norwegian jazz vocalist Karin Krog's We Could Be Flying, I didn't hear any Japanese jazz worth shelling out the yen.

That was until a fateful visit to Shinjuku's Universounds, where the shop's proprietor, Yusuke Ogawa — a funk 45 collector with whom I'd been swapping since the 1990s — acknowledged that he loved "deep jazz" from the '60s and '70s. Wishing to illustrate the Japanese brand of this stuff, he pulled out a stack of wax from behind the counter.

One of the records was Minoru Muraoka's Bamboo. I'd not come across Muraoka's name in any of my searches, so I listened patiently to the koto (a stringed instrument similar to a zither) introduction to "The Positive and the Negative." A rolling bass line set the stage for funky-enough drums that soon gave way to Muraoka's shakuhachi, or bamboo flute. A cascading koto sat in for chicken-scratched guitar. "What in the hell do you call this?" I asked. "Shakuhachi Jazz," Ogawa replied, with an "Isn't it obvious?" air. He then sheepishly admitted that the album wasn't for sale, as Muraoka's discography was extensive and his records were rare.

So, over the past seven years, I've made it a point to buy any Muraoka album I come across. Some are goofy attempts at crossover: His cover of the '30s jazz standard "Harlem Nocturne," for example, is far from essential. But when Muraoka stretched out in the psychedelic era of the late '60s through the mid-'70s, usually with his groups The Life Theaters and The New Dimensions, he created haunting, difficult-to-compare music that you file as "jazz" only by default. The dozen or so Muraoka albums that I've kept at home are by far my favorite examples of Japanese jazz. 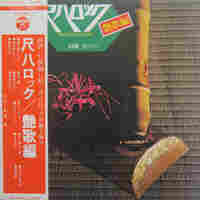 There's precious little Muraoka information on the web, and the majority of his albums list only song titles in English. What does exist in English comes from the back of Herbie Mann's Gagaku and Beyond album (see below) and only summarizes the first portion of his career. Born in 1923, Muraoka began studying the shakuhachi as a teenager. By the late '50s, he decided he would take the shakuhachi out of the realm of traditional music — including the "modern" Shinkyoku shakuhachi music that arose in the Meiji Era — and fuse it with jazz. In the late '60s, with a group of musicians calling themselves The Life Theaters, Muraoka released the obligatory jazz-rock album. As you might guess, it's uneven; most of the album would barely qualify as rock music were it not for rhythmic contrivances. Still, Muraoka's flute playing is fine, and selections such as "Kasuba No Onna" make this album worth searching for. 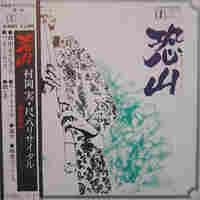 It was a watershed year for Muraoka's shakuhachi experiments. On April 7, 1970, he recorded and, from all indications, privately released Osorezan, a live concert dedicated to Mount Osore, the active volcano and mythological "entry to hell" in Northern Japan. A blend of folkloric music, pop, rock and Western jazz (his first stab at "Take Five"), Osorezan shows the scope of Muraoka's vision. The album is alternately dense and sparse, allowing room for Muraoka to weave his shakuhachi around blasts of brass and strings. "Bam Boo Rock," based on a traditional shakuhachi piece, is gorgeous, and was included on the edited (and much more common) Osorezan Suite — the reissue of this album that Yupiteru Records released in 1976. 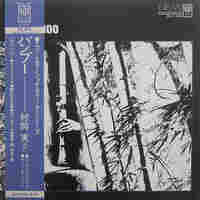 The Positive And The Negative

The Positive And The Negative

Also in 1970, Muraoka issued Bamboo as part of United Artists' "New Emotional Work Series." Another medley of folkloric shakuhachi pieces amid jazz and pop covers, Bamboo gave Muraoka the opportunity to present two originals: a soul jazz song ("Soul Bamboo," done with The New Emotions) and "The Positive and the Negative." That this 10-minute spread saw release as a 7" single leads me to believe that United Artists' A&Rs realized that this was Muraoka's masterwork; Bamboo's obscurity leads me to believe that "The Positive and the Negative" didn't catch on. Still, I felt proud as I played a Cut Chemist edit of the tune to a packed house at Tokyo's Air, on a tour stop with Madlib and J.Rocc in 2008. 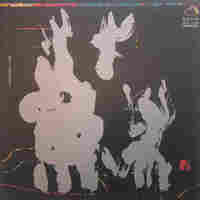 Japan's adventurous early-'70s record execs afforded Muraoka a couple years' worth of uninterrupted experimentation, but he soon had to temper his most extreme desires. Simpler albums, like Soul Shakuhachi, came in album jackets adorned with nude Western models in comely poses. Oh, the ignominy! But every once in a while, Muraoka managed a return ticket to the twilight zone between folklore, jazz and psychedelia. There, his shakuhachi music sounded timeless. The cover of 1973's So depicts a prim and proper ensemble (including a koto player who looks like a third-grade art teacher) led by a clean-shaven, traditionally adorned Muraoka. Looking at these musicians, you'd never expect the stormy psychedelia the album contains. This portion of "Hakyou" is the second movement in a 20-minute piece, and effectively captures So's expanse. 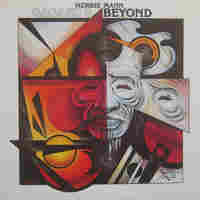 Flautist Herbie Mann's extensive discography is full of collaborations with musicians he met on his travels, from his early-'60s bossa-jazz to his '70s Latin-jazz and reggae recordings. But I imagine it took the success of Mann's hit single "Hijack" to convince Atlantic Records to issue his Muraoka collaboration on its small Finnadar subsidiary in '76 — largely because the album had been rotting on a shelf for two years. "Shomyo (Monk's Chant)" is a joint effort between the Family of Mann and Muraoka's New Dimension Group, but it is obviously meant to showcase Muraoka's shakuhachi jazz. Mann gracefully cedes his American rhythm section (with the exception of bassist Tony Levin) to the New Dimensions, giving himself and his Japanese counterpart the space to carry on an East/West debate, subject only to Pat Rebillot's moderating piano. Thus, Gagaku and Beyond, an oddity in Mann's discography and one of his most intriguing albums, presents Muraoka's last great '70s experiment.