How The Smithsonian Screwed Up Its Video Game Exhibition

How The Smithsonian Screwed Up Its Video Game Exhibition 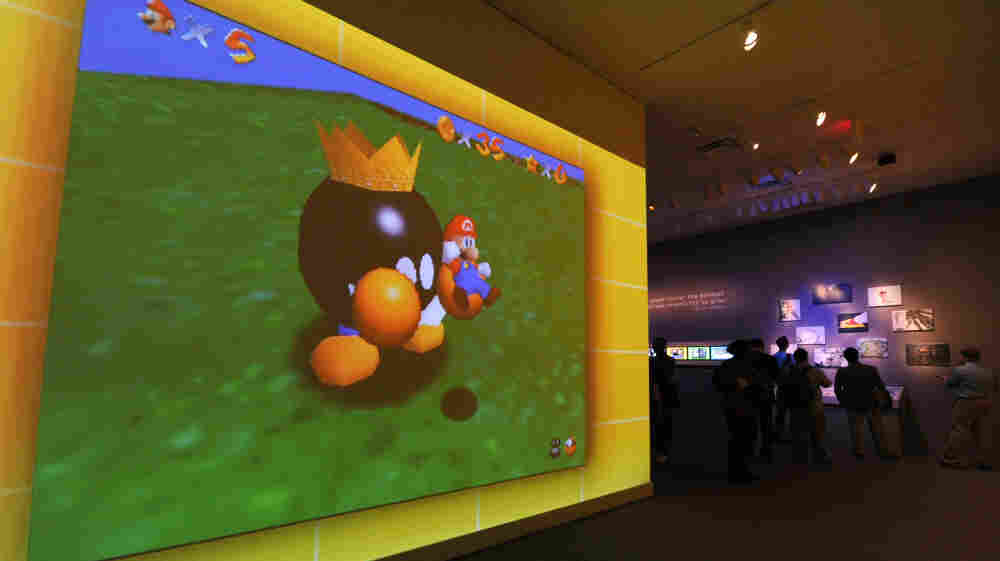 In 2009, when the Smithsonian began planning an exhibition devoted to video game art, I became kind of ecstatic. I was in the midst of writing a book whose narrative thread included an arc that showed how video games could be artful. Literally raising my fist in the air at the news, there was a sense of triumph, a sigh of relief. The word "finally" escaped from my lips.

I could hardly believe it. An institution as lauded as the Smithsonian would devote gallery space to a look at video game art through the decades. That, indeed, would be amazing. And because of the historic nature of the event, I began to plan to write various magazine stories.

And then, the Smithsonian and its freelance curator screwed it all up.

I'm certainly not the only one to think that video games can be artful. Video game critics, game developers and fans have long wondered why the medium is rarely considered to be art. Certainly someone at a prestigious national gallery could find a few frames of a game that moved them to the point of considering a show. As proof of artfulness, critics pointed to the better works by teams of artists at Irrational Games or by small, independent game makers, some of whom were still in college. "Why not consider the best of these games to be popular art and present them as such?" they asked in their blogs or in their fan-based magazines.

Last week, the Smithsonian unveiled a curious exhibition called The Art of Video Games. This show has taken years to put together, and because of the time it has taken, I just have to wonder if the museum needed a great amount of persuading to do it in the first place. What was the Smithsonian's idea of popular art and what is the freelance curator's idea of art, and how did they mesh? For whatever reason, someone apparently said, "Let's get the in-crowd in on this." Because what happened next was that a committee of game developers, journalists and experts was created to do what committees do: They made a list.

Chris Mellisinos, a game collector and programmer who is the curator, has assembled exhibits at video game conventions in the past. Despite these credentials and a marketer's passion for the medium (he gestures with his hands to convince you, like a politician on the stump), he didn't choose the games on his own, or even have the committee choose them. Instead, to narrow it down to the 80 games shown, the committee chose 240 games and posted the list online for the public to examine. Then, in American Idol fashion, there was a vote.

When I reviewed the Smithsonian's web pages made for the show, I saw that the process had given short shrift to many games that moved the medium forward as far as artful content is concerned. There is nothing from Ralph Baer, the National Medal of Technology winner who made the original Magnavox Odyssey. Baer is often considered to be the father of videogames.

And there is nothing from Rockstar Games here, the Grand Theft Auto company that made the touching, brilliant western Red Dead Redemption two years ago, or any of the Sierra adventures so popular in the 1990s. Fans voted for Tim Schafer's middling Brutal Legend to be shown in the nation's capital instead of the far better Grim Fandango and Psychonauts.

Some might say the beauty of this exhibition is that fans online voted for what ultimately would be presented. But sadly, that is the very root of the problem.

Imagine the hubbub, the outrage, if MOMA asked its members and the general public to vote on what should be shown. Can you imagine the resounding discontent you'd hear had the public voted for the current Cindy Sherman or Diego Rivera exhibitions? Writers like Peter Schjeldahl and Jerry Saltz would have had field days blasting the very idea. And we'd have to endure tweets like "We all gotta get together and vote for Agrarian Leader Zapata, y'all."

To me, this videogame-oriented People's Choice Awards is all about the madness of too many cooks, and it's why the exhibition, while groundbreaking because it's there at all, feels kind of horribly generic. With the exception of the inclusion of Irrational Games' BioShock, Bethesda Softworks' Fallout 3, Valve's Half-Life 2 and Clover Studio's Okami, The Art of Video Games is never boldly disruptive. It is therefore tragically disappointing – and often suspect - at its very core.

Harold Goldberg is the author of All Your Base Are Belong to Us, How 50 Years of Videogames Conquered Pop Culture.