Accessibility links
Steve Lehman Trio: Operating Inside The Matrix Lehman, an award-winning composer and sax player, is committed to both otherness and tradition. Here, his trio performs three tracks from its new album, Dialect Fluorescent, on WBGO's The Checkout.

Live On The Checkout

Live On The Checkout 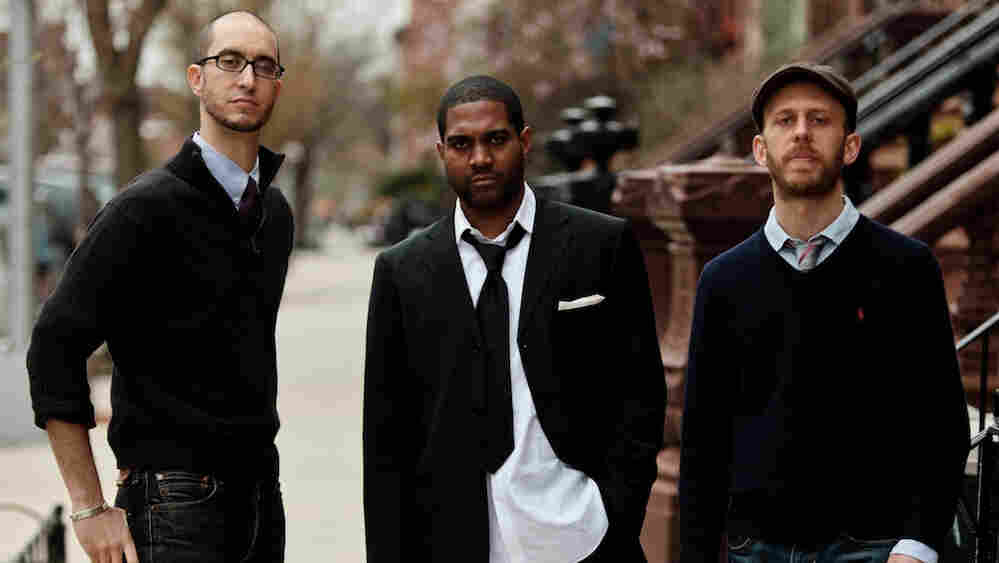 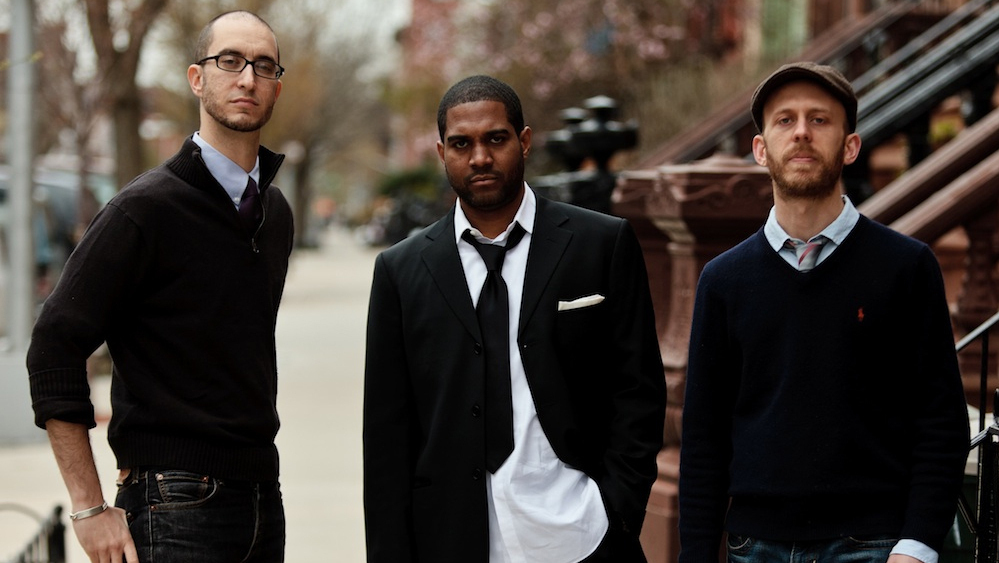 The first notes of alto saxophonist Steve Lehman can puncture an unsuspecting ear. His microtonal pitch is acerbic and penetrating as a standalone sound. Then there's the momentum he creates with his trio of more than eight years — bassist Matt Brewer and drummer Damion Reid. His music orients to some kind of otherness, but Lehman is decidedly bound to tradition.

"It was really important to show that the repertoire we do is my music, music by John Coltrane, music by Jackie McLean," Lehman says. "This is all part of our language. We all are trying to build our very personal dialects in the music, but it always has to be connected to the language that we all work on. I always hear in Damion and Matt the present, the past and the future."

The trio visited WBGO's The Checkout just before it recorded Dialect Fluorescent, its new recording. There, it played a Coltrane original, "Moment's Notice," as well as two Lehman originals: "Foster Brothers" and "Allocentric."

"Allocentric, meaning where you're responsible for moving in space but being aware of a fixed grid — north, south, east and west," he says. That's another part of what differentiates the saxophonist and composer from many of his peers — how this trio's performance operates freely within Lehman's studied and demanding framework.

"The first time I looked at the music, I was like, "Oh, man, I need to shed [practice]," bassist Matt Brewer says with a laugh. "It's been a lot of fun discovering how to be in that fixed grid but how to bring life to it — try to open it up and make it loose and breathing. Give those rhythms and grids, which can seem strict on paper, an openness and a rhythmic flow."

"I think Steve's compositions lend themselves to a drummer optimizing what you can do with rhythm," he says. "He has a system for being creative with his harmony, but rhythmically, what he lays on the page is a form you can play with. It's almost like a line on a court — you can do everything within these lines, but you have to pay attention to these lines."