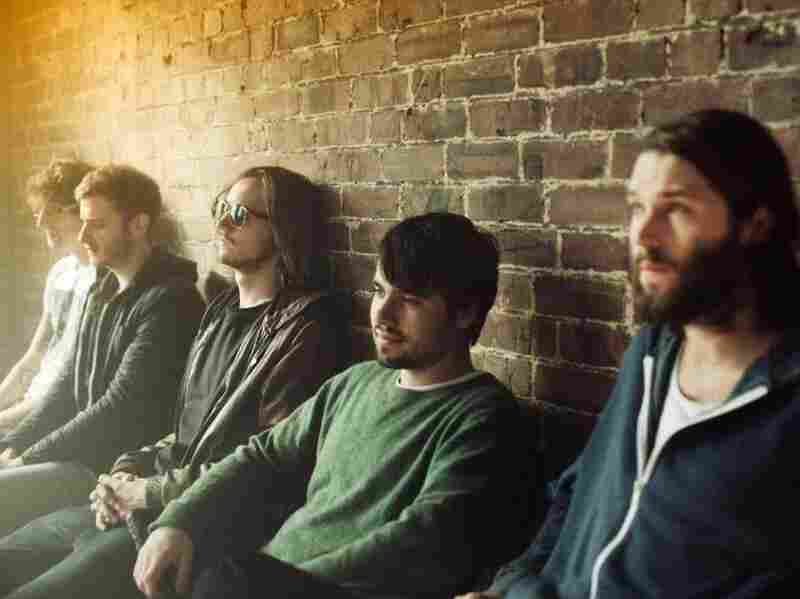 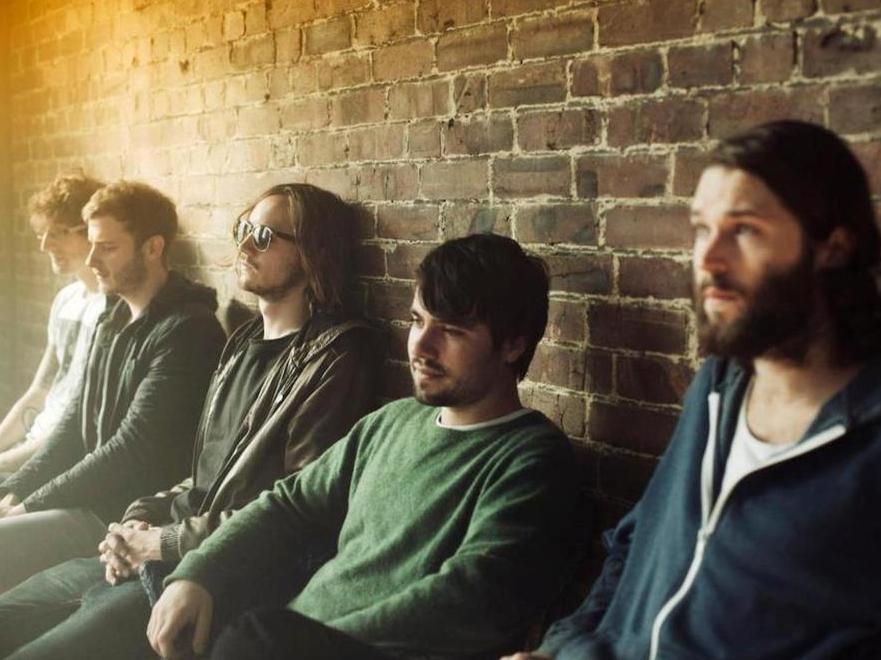 Dry the River is a band of five 20-somethings who started in the hard-core punk scene of southeast England. At the time of singer and founder Peter Liddle's interview, he and his band were in the midst of a U.S. tour: 9,000 miles in an RV through 28 states. Dry the River got its big break with a simple video that went viral — a stripped-down version of the song "Bible Belt." Liddle says the video was a happy accident.

"I think a whole bunch of things kind of coalesced to make that happen," Liddle says in an interview with All Things Considered host Melissa Block. "[Guitarist] Matt [Taylor] had fallen off his bicycle a few days before and broken his arm, so his arm was in a sling during the video, so he couldn't play guitar. So he just kind of stamped on a guitar case to kind of do something and sing along.

"It was all just a bit haphazard, and I seemed to remember the guy that signed us from Sony, he first showed that video to his bosses and said, 'I want to sign this band.' And they said, 'Who are these weird guys? There's a guy with his arm in a sling, and a guy with a really overgrown beard, and it's all a bit weird. We don't really understand it.' And then it got all these hits on YouTube, and then this kind of thing started to build up, and people started to talk about the band. I guess that was kind of the first stepping stone."

Liddle was a medical student while playing in Dry the River at same time.

"After I finished anthropology, I realized I'd kind of come to be very interested in medicine," Liddle says. "And so I started a graduate medical degree in London. And in some ways, as well, being in halls of residence again and being forced to be a little bit quieter and not to be shouting and playing electric guitar all hours of the day probably was another reason why I started to move to more acoustic music. And it's probably to some degree responsible for the band."

"Chambers and Valves" was actually written while Liddle was studying cardiac anatomy — "not so subtle inspiration on that one," he says.

The End Before The End

"New Ceremony" features a "spidery guitar line" written by Matt Taylor, and from there, Liddle says the song "kind of came alive," which it certainly does when Liddle lets out a shout: "It's to wake Johnny [Warren] up, the drummer who sits in the back on his phone or having a swig of beer or whatever: 'Hey John! Play some drums!' "

The song is about a "fairly run-of-the-mill failing relationship" and "the kind of inevitability of a disintegrating relationship and how, ultimately, you can see the end before you arrive at the end." At the very least, Liddle had a scenic locale in which to write it.

"Will [Harvey], the violinist, his parents have a cottage in a very beautiful area of Wales, a national park. So I could just walk the coast path for miles and look at the sea and sit on a bench with a notepad and do a very kind of cliched singer-songwriter kind of experience, which is not normally how I write. But this song, I actually sat down with a notepad on a bench. I'm a songwriter now, so I can do pretentious things like sit on a bench and look at boats and write lyrics," Liddle says, laughing.

Can you dance to the shipping forecast?

"I don't think you could. It would be very interpretive dance," Liddle says. "I think it'd be very bizarre. I can't dance anyway. Like many English men, I was born without that capacity. I cannot dance at all."

Three members of Dry the River sing in a very high falsetto, and with such a rigorous touring schedule, it can be difficult to maintain their voices. As Liddle says, "Sometimes you lose it if you have a lot of shows."

"I have quite a husky voice anyway — that's the way my voice is," Liddle says. "Sometimes you have to be more careful. Yeah, that's just how my voice has always been since adolescence, I think."

But the band plays on. Its members say they're grateful for the opportunities they have now.

"I almost feel like it would be ungrateful to be like, 'Well, we want to be playing arenas, we want to sell a million records,' because it doesn't help with the state of the industry at the moment. It's impossible to know," Liddle says. "In six months' time or a year's time, we could be back in our day jobs. So I think that's kind of our attitude at the moment — we enjoy things how they are, and that's kind of all that matters at the present."