Accessibility links
Michael Tilson Thomas Interview: The Thomashefskys, Stars Of The Yiddish Stage Bessie and Boris Thomashefsky were mega-stars in the Yiddish theater world. Their story is told in a new documentary, written and conducted by their grandson, Michael Tilson Thomas. He also serves as music director of the San Francisco Symphony and artistic director of the New World Symphony. 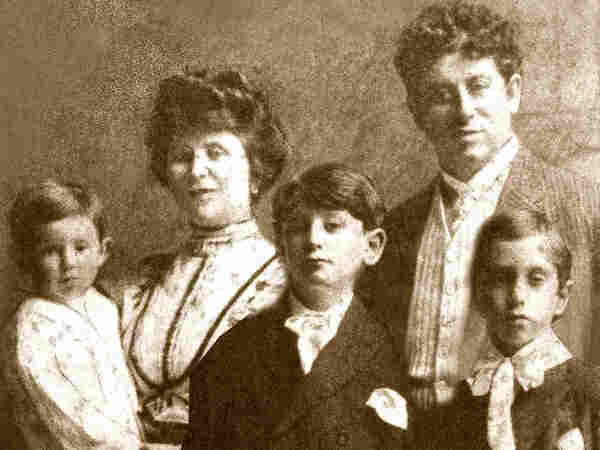 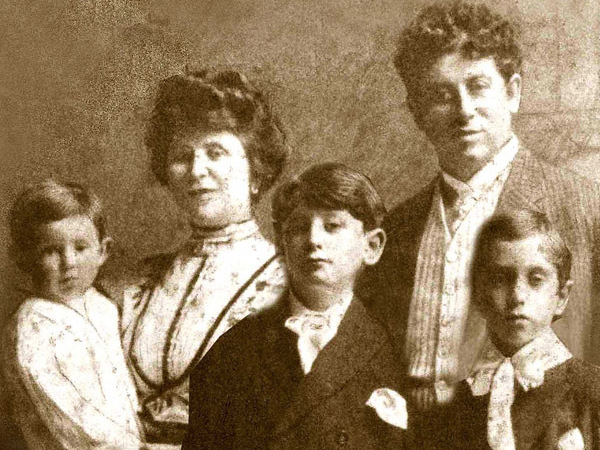 Bessie and Boris Thomashefsky were mega-stars in the Yiddish theater world. Their story is told in a new documentary, written and conducted by their grandson, Michael Tilson Thomas.

The names Boris and Bessie Thomashefsky may not sound familiar today, but at the height of their fame in the 1920s and '30s, the Thomashefskys were one of the most famous couples in New York City's burgeoning Yiddish theater scene.

Their story is chronicled in The Thomashefskys: Music & Memories of a Life in the Yiddish Theater, a documentary written, hosted and conducted by their grandson, Michael Tilson Thomas. Thomas also serves as music director of the San Francisco Symphony and artistic director of the New World Symphony.

In The Thomashefskys, which will air on PBS's Great Performances on March 29, Tilson Thomas details how his grandparents rose through the Yiddish theater community, eventually owning several theaters while starring in scores of productions.

Boris played heroic, adventurous roles; Bess found her fame in comic parts and created roles that championed the suffragette movement. They put on lavish musicals with equally elaborate scenery, and adapted everything from classical works of Shakespeare to vaudevillian numbers from the Yiddish stage. In 1939, when Boris died, The New York Times reported that 30,000 people lined the streets of the Lower East Side for his funeral.

Website: Michael Tilson Thomas
The Thomashefskys: Music and Memories Of Life in the Yiddish Theatre

On Wednesday's Fresh Air, Tilson Thomas talks about his own career in classical music and explains what lessons he took away as he researched the history of his grandparents' careers in Yiddish theater.

"Their theater was entirely a theater of social consciousness," he tells Fresh Air's Terry Gross. "Their great concern was for the audience, and they wanted to open up the worlds beyond the ghetto experiences of their audiences. They wanted to introduce them to the full possibilities of what freedom could mean in the United States through the plays they presented, through the music they gave the public and also through the kinds of topics their plays addressed."

"[It was] a little bit like the story of Yentl is," he says. "Where a woman disguises herself as a man in order to gain the advantages of education or whatever that a man can have."

Tilson Thomas says he remembers hearing his grandmother talk about getting arrested for performing in theater productions on Sundays, which was prohibited by law at the time.

"At one point, when Theodore Roosevelt was police commissioner of New York, he and his men raided one of the Thomashefsky theaters," Tilson Thomas says. "And he saw Bessie, who was very young and looked much younger than she was always, and he said, 'Look out little girl.' And she said, 'Little girl, my ass. If anyone's being taken in, it's me.' That's exactly the way she told me the story." 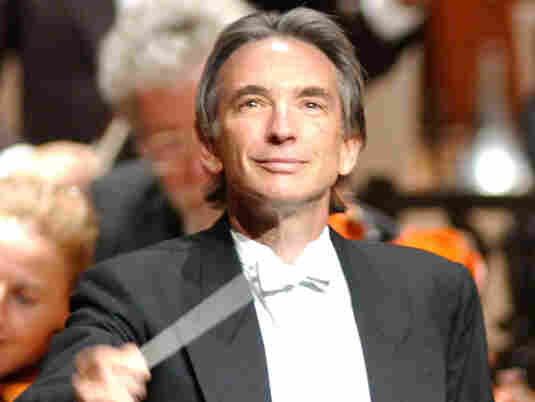 Michael Tilson Thomas is currently touring the country with the San Francisco Symphony as part of a month-long American Mavericks festival. Courtesy of the artist hide caption

Bessie often sang for Tilson Thomas in the living room. He says they would frequently perform scenes together for other family members and friends: "She once said, 'Your parents are very lovely people, but terribly conventional. You're like me. You're an adventurer. You'll have to prove something.'"

Tilson Thomas says he took that lesson to heart, despite not knowing exactly what it meant.

"As I listened to her tell all these stories about her life and childhood through her stardom, and even her reflections on the way fashions changed and the way she was in her late life a quite lonely person, I took it all in," he says. "And what I kind of understood from her was that it had been a very interesting ride. She was really proud of what had been accomplished. And when she saw somebody who was a very successful entertainer coming up, she was very proud of it, recognized them and appreciated them."

He says he's remembered much of what she taught him while working as a musician and conductor.

"My way of expressing what she said to me is, 'What is it like for people beyond the sixth row?' We play in such big halls in classical music, and they're halls designed to be very rich ... but to get the sound to be distinct is difficult," he says. "And I sometimes tell my students that playing classical music is like making an announcement in an airport. ... You're trying to make every moment completely distinct."

On The Americanization Of The Name Thomashefsky

"My father was trying to make his own way in life in the theater, and he simply was unable to do that. Everywhere he went, he would mention his last name and right away, it was, 'You were Boris Thomashefsky's son.' He didn't want that. He wanted to find his own way in life and in the theater. So he changed his name to Ted Thomas. And, quite frankly, he also wanted to escape from that whole crazed celebrity situation which my grandparents inspired, and I think he also wanted to protect me from that. There were crazed fans, there were stalker people who were pursuing my grandparents and their children with the same kind of ardor that we're accustomed to thinking of crazy paparazzi or fans pursuing stars today."

"Yiddish was the secret language that my parents and my grandmother could speak so that I couldn't understand. That was common in many houses. But I learned a lot, and through songs, I know a lot. And, like anybody in show business, I know plenty of expressions that we use all the time."

On His Family's Influence

"It was my family's greatest fear that I would go into show business. But in the Yiddish theater, when music was desired, they would nod to the conductor and say, 'Professor, play something.' I sometimes think because the maestro was always called professor, that in their minds that was more respectable in some type of way. So I was allowed to pursue that. And then my life just made the turn it did. And once it started really happening for me, they were really happy about it."