Accessibility links
'Hitler': From The Murderous To The Mundane In the new biography Hitler, A.N. Wilson describes the Nazi dictator as the "Demon King of history" but also as an ordinary and even boring man. "Many of the ideas that he had and expressed ... were ideas that more or less everybody had at that time," Wilson says. 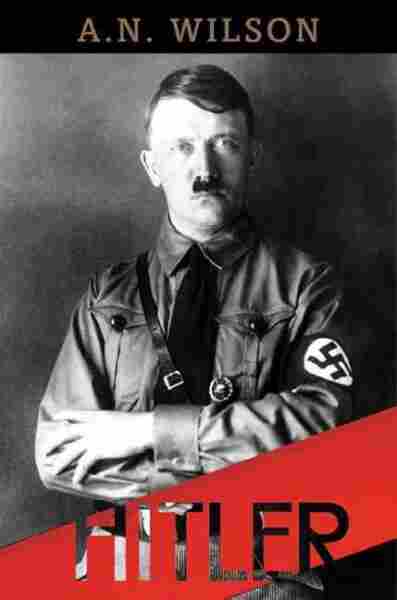 In the new biography Hitler, A.N. Wilson describes the Nazi dictator as the "Demon King of history" — who instigated the Holocaust and forced the world into a second world war — but also as an ordinary, even boring man.

"We like to distance ourselves from anything to do with him because he was an essentially evil character," he tells NPR's Neal Conan. "But actually, many of the ideas that he had and expressed were very ordinary ideas, and they were ideas that more or less everybody had at that time."

Wilson argues that many of the modern attitudes toward racism, homophobia and political correctness in the Western world are a direct response to who Hitler was and what he represented. Wilson talks with Conan about the ways Hitler's role in history is mythologized and misunderstood.

On Hitler as an ordinary man

"Almost everybody at that time was a racist of one kind or another. Anti-Semitism is extremely common. The belief that science had solved everything and that, in order to be modern, all you had to do was to believe in science in some dreamy kind of way — these are all the things which Hitler believed. ... If you went into any bar, more or less, anywhere in the Western world at that time, they are all things which, I'm afraid, a lot of the old bulls sitting on the bar stools would've believed, too."

On describing Hitler as a lazy man

"If you read about Mussolini or Stalin or some of these other great monsters of history, they were at it all the time, that they were getting up in the morning very early. They were physically very active. They didn't eat lunch. They didn't waste their time, and you would assume that Hitler was the same type of person.

"He wasn't. ... He stayed up all hours during the night talking and playing music and watching films. He got up very, very late. It was unusual for him to have stirred before 12 o'clock midday. He lazed about and he'd actually, most of his days, even when he was the chancellor of Germany, he did very, very little.

"Even some of the great ideas which we think are essentially Nazi, like wishing to eliminate children who were born with defects of one kind or another, he didn't dream that up. The doctors came to him and suggested this and he said, 'OK, why not go ahead with it?' " 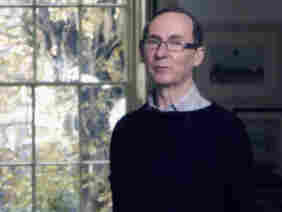 On Hitler's ability to justify his political views

"Any intelligent person who has read The Origin of Species would realize that there was a broad area of truth in what Darwin was saying. ...

"If you read the 'Table Talk' of Hitler, it's very chilling to see the way in which he says it's part of the natural order of things that the strong should defeat the weak, that the strong monkeys are the ones who defeat and eat the weak monkeys and, therefore, it's absolutely appropriate to be able to march your way through other people's countries and to send disabled and maladjusted people to their death. ... So he manages to justify his horrible political views in terms of science, and I think that's a very modern thing about Hitler."

On German perceptions of Hitler during the 1930s

"I think one of the very frightening things about the regime of the National Socialists is that it made people happy. I remember an old person to whom I was speaking 20 or 30 years ago, who had visited the Soviet Union many times in the days of Stalin, told me that when you went to Stalin's Russia, you never saw a happy face. People were oppressed. People were frightened. And there was an air of absolute misery. But when you crossed over into Germany between the period of 1933 and, let's say, '38, people were happy. They believed in this monster.

"They believed in him because he brought full employment. He was building marvelous roads. He was promising every German family a motorcar. And they didn't think there was going to be war. And they turned a blind eye to the horrible things he was doing to the Jews, of course."

Read an excerpt of Hitler