Accessibility links
Bill Maher's Obama SuperPAC Donation Causing Stir The comedian's $1 million check to the superPAC supporting President Obama is the first seven-figure donation to the group since Obama gave his tacit endorsement of the fundraising strategy. Conservative women upset by Maher's remarks about them say the superPAC should give back the money. 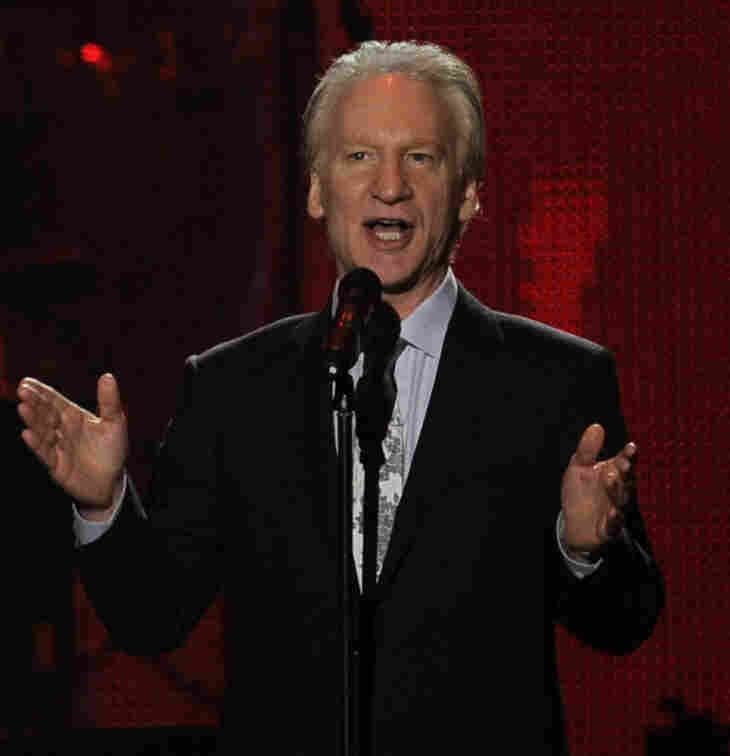 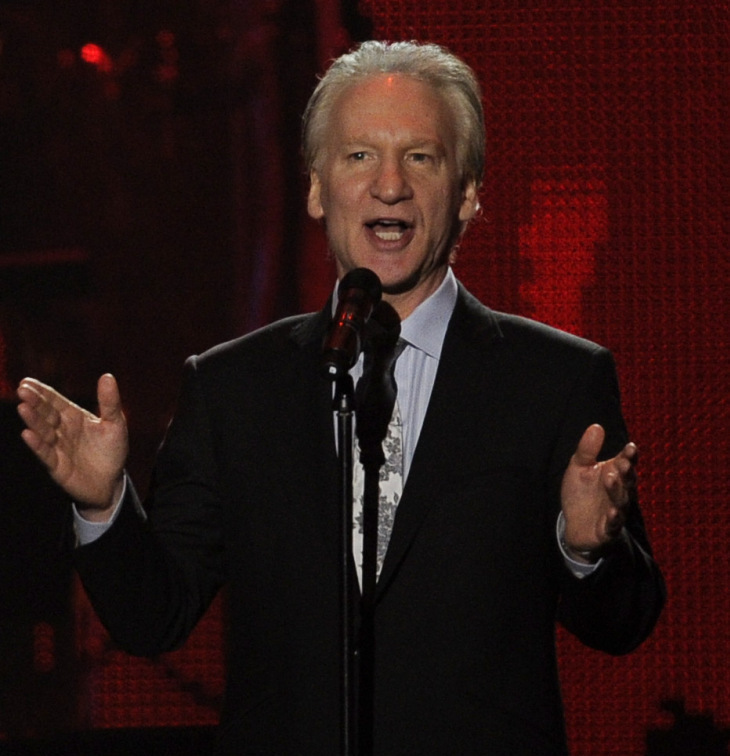 Comedian Bill Maher's $1 million check to the superPAC supporting President Obama's re-election is the first seven-figure donation to the group since Obama tacitly endorsed the fundraising strategy in early February.

And it has brought new focus to some of Maher's statements about women — specifically Republican women — and led to calls for the White House to disavow the HBO host and his money.

Maher's personal donation to Priorities USA Action puts him in the same category as some two-dozen others who have donated $1 million or more in the 2012 presidential campaign. But most of the other big donors are backing Republicans.

Maher hasn't been a big political donor in the past. His usual checks stretch into the four figures and mostly have gone to comedian-turned-politician Sen. Al Franken, D-Minn.

But in announcing his big donation to boost Obama's re-election bid during a Feb. 23 live comedy routine at Yahoo headquarters, Maher told the very enthusiastic Northern California crowd that he hopes others will follow his lead.

"If there's one takeaway from tonight, it is, you know, for all the rich liberals out there, if Bill Maher can do it, you can do it, too," Maher said.

Unfortunately for Priorities USA Action, other big donors haven't ponied up, or at least not as of the end of February, the last Federal Election Commission reporting period.

It could be because of the heat Maher has gotten from conservative women's groups since the donation. They're upset over graphic off-color remarks Maher has a habit of making about women, including former Alaska Gov. Sarah Palin and Rep. Michele Bachmann, R-Minn.

"He has no respect for conservative women," says Penny Nance, who heads Concerned Women for America. "He finds us distasteful. He says all kinds of really ugly things about us."

Nance says she is upset that liberals were outraged when talk radio's Rush Limbaugh made a sexist slur against a Georgetown University law student, but are silent about Maher's repeated vulgarity.

"I don't expect Bill Maher to change," says Nance. "But I do expect the president of the United States to really carefully think through the people that he aligns himself with and who he accepts money from."

Nance has launched an online campaign to get Priorities USA Action to return Maher's check.

By law, Obama cannot coordinate any actions of the superPAC.

White House spokesman Jay Carney said Obama does not condone derogatory comments about women, but added: "We are not and cannot be the arbitrator of every statement that everybody makes in the policy and political arena."

Bill Burton, the head strategist at the superPAC, says he is not going to defend vulgarity, but he believes the Republicans are drumming up a controversy to distract voters.

"There are real issues in this race, and voters will decide between the candidates based on those real issues," says Burton, "not when Sarah Palin and her supporters decide that they want to get engaged and flex some of their selective outrage."

Democratic fundraisers say they aren't worried about the controversy deterring donors — or the current advantage Republicans have in superPAC funds.

"I think all in good time," says Democratic political strategist Matt Rodriguez, who notes that liberal donors aren't even focused on the race yet, as most of the action has been on the Republican primaries. "I think some of these money numbers will start to even out."

"Let's have an amnesty — from the left and the right — on every made-up, fake, totally insincere, playacted hurt, insult, slight and affront. Let's make this Sunday the National Day of No Outrage. One day a year when you will not find some tiny thing someone did or said and pretend you can barely continue functioning until they apologize."

And Maher likes to say that his $1 million donation was money well spent.