Accessibility links
Paul McCartney Blows 'Kisses' To His Father's Era McCartney recently released a collection of standards — songs he heard while growing up in Liverpool. He talks about several of those songs, and his own songwriting, from his home studio. 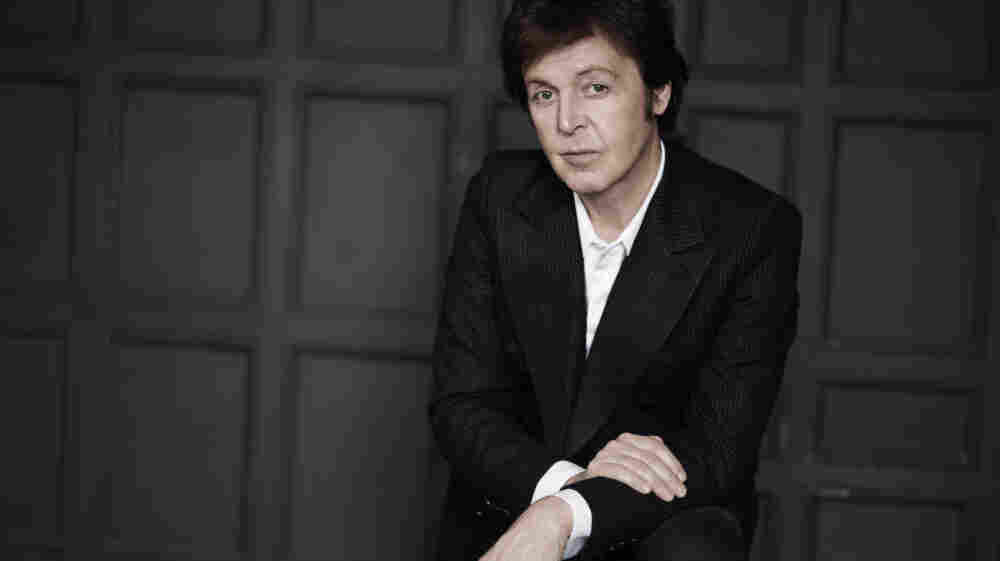 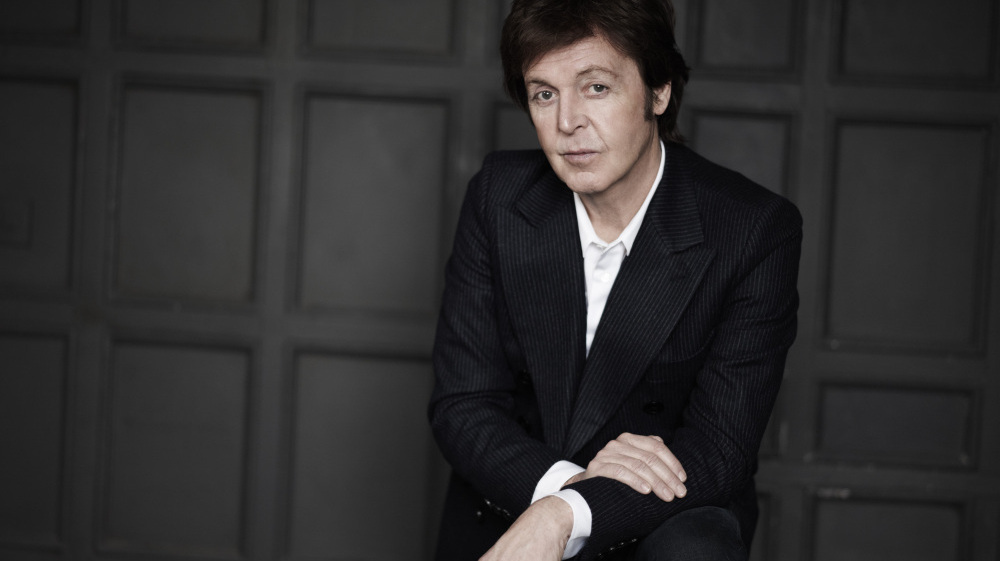 When Paul McCartney was a little boy, he always looked forward to New Year's Eve — the biggest social event of the year in Liverpool.

"The family would all gather, my dad was the pianist, and ... drinks would appear and people would start singing," he tells Fresh Air's Terry Gross. "And apparently never stop until we all ran out for New Year's."

McCartney's latest album, Kisses on the Bottom, is filled with songs he associates with his father and his father's generation, including "Home" and "I'm Gonna Sit Right Down and Write Myself a Letter."

"These songs are etched in my memory, and they're very happy memories, so I wanted to do the songs for that reason," he says. "I've always loved them, but when rock 'n' roll came along and I got into The Beatles, we just thought we were just doing another thing. It didn't dismiss the other songs at all. In fact, they became the basic structure of a lot of what John [Lennon] and I wrote."

McCartney says he used to analyze the melodic structure and various key changes in the songs from his childhood, and then used those musical tricks while writing songs for The Beatles, Wings and his solo albums. In the original song "My Valentine" from Kisses on the Bottom, for example, the song switches from a major key to a minor key.

"It's just a little thing that most people wouldn't notice it happening, but it just changes the mood," he says. "Obviously, musicians would know exactly what was happening. ... In "Here, There and Everywhere," one of my songs with The Beatles, it does [the key change] after the middle. It's a very simple trick, but quite effective."

McCartney says that when he was writing original songs, he was also conscious of a desire to shake up the structure of music from his childhood. 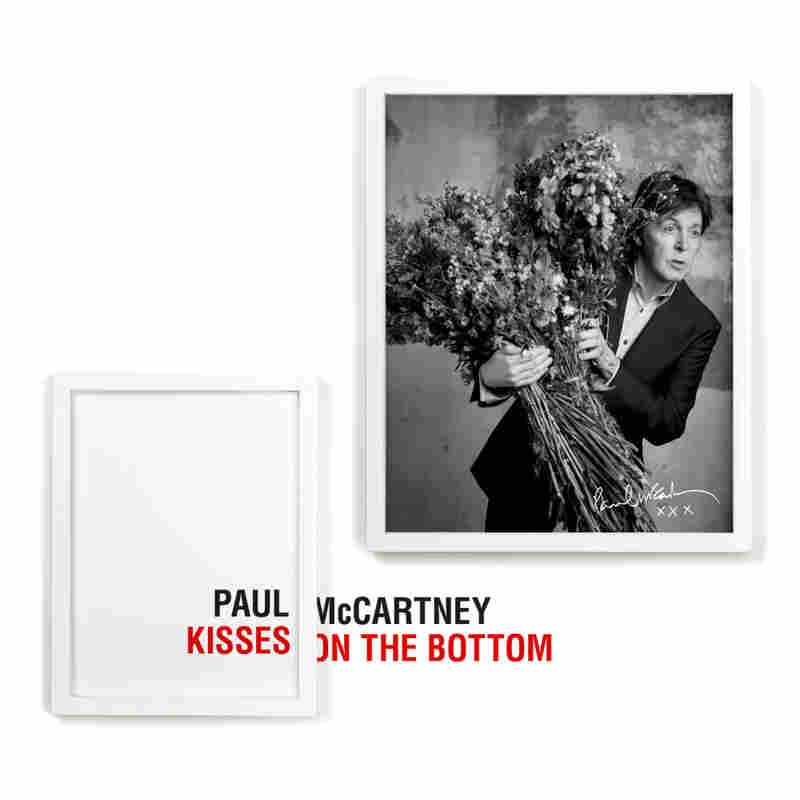 Kisses on the Bottom hide caption

"What happens is you listen to the old songs — and you're brought up with the old songs, and you love them — but then there comes a time when you're doing your thing and there doesn't seem to be much sense in repeating what's gone before," he says. "So you then use the structure or the memory, almost, but you put your own spin on it and try to get away from any formula. And so you experiment with the structure for your own songs. We did that. ... You're conscious of the old songs, but you're also conscious of forging a new way to write."

McCartney points to The Beatles' song "From Me to You" as one of the first songs where he felt like he was writing something entirely new.

"The song itself is in the key of C Major, but then it goes to a G Minor 7th for that middle, and that was kind of one of those 'Ooh, yeah' moments," he says. "A lot of what we wrote, because we didn't read or write music, was instinctive. So we'd try a chord and say, 'Ooh, that's nice.'"

On Singing Without An Instrument

"I have not practiced how to be a singer without an instrument. With an instrument — bass, guitar, piano — I know how to do that. I think that was one of the things that was exciting about Kisses on the Bottom. It was me as an alter ego. I was now the vocalist. In the studio, it didn't matter too much what I did with my hands, because I was in a vocal booth, and we were just concentrating on the voice and getting the singing right."

On What His Father Thought Of The Beatles

"My dad, bless him, was a musician. And his dad had thought that his music was rubbish. He used to call it 'tin-can music.' And my dad told me this. And I couldn't fathom it. But I think what it was was that in his father's era, the singers were more operatic. ... My dad was born in 1902. Consequently, my dad was more tolerant. He'd gone through playing his tin-can music. So when we brought our tin-can music, he quite liked it. He realized that it was quite musical. ... When John and I had just finished writing the song "She Loves You," we were in the parlor of the little house we lived in in Liverpool, and John and I went next door to one of the rooms where my dad was. And we played it — 'She loves you, yeah, yeah, yeah' — and he said, 'Oh, that's very good, son. But there's just one thing. Couldn't you sing, "She loves you, yes, yes, yes?"' He said, 'There's enough of these Americanisms around.' And we said, 'No, sorry Dad, it's got to be "yeah, yeah, yeah."'

On His Record Collection

"When you're a kid growing up in Liverpool — and I suspect anywhere 'round the world — you don't necessarily get the record collection you want. Records just find their way to you. Someone might give you one. So I had a fairly wide-ranging record collection. I would have something like West Side Story and then Fats Waller and then maybe Bob Dylan and Elvis Presley. It was just music I liked. And I loved Fats Waller. I love his instrumental abilities, his vocal abilities and his sense of humor."

"Looking back, I think I was always musical. My dad was very musical, and I think my mom was musical. He was the player in the family. I think I always had a musicality, and I think I could tell a good song from a bad song. And I would appreciate hearing something that was new to me. I had a cousin Betty who was older than me, who I idolized because she was pretty and five years older than me. And she turned me on to 'My Funny Valentine,' which I'd never heard, and I remember thinking, 'Wow, that is an amazing song.' I'd always loved that kind of thing growing up."

"It was electrifying. You heard people saying, 'I've never heard anything like that before, man.' And it was that. You hear on the radio Elvis Presley's 'Heartbreak Hotel.' It was like, 'Oh my God, what is that?' Now that we know it so well, you think, 'Oh, it's Elvis singing "Heartbreak Hotel."' There will be listeners who can remember that moment when you heard that."