Accessibility links
From London, Rock Hall Inductees 'Looked To America' Donovan and The Small Faces' Ian McLagan, who will both be inducted into the Rock and Roll Hall of Fame this spring, explain how the music and fashion of 1960s Britain grew from a deep love of American styles. 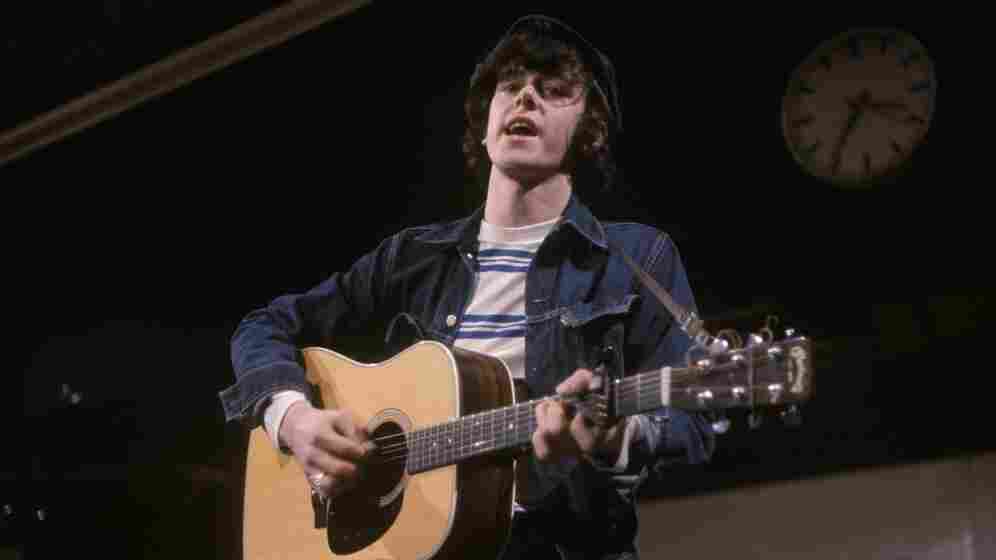 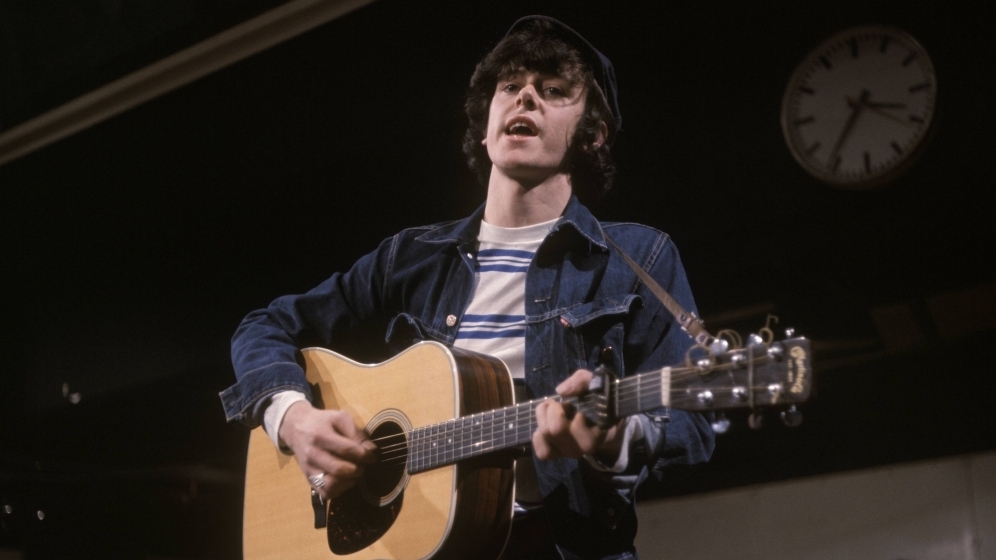 Today, Morning Edition begins a series of stories profiling the six new inductees into the Rock and Roll Hall of Fame. It's a diverse bunch, including two acts that originated in 1960s London: The Small Faces and Donovan.

Although much has been said about the way British bands invaded America during the '60s, the original invasion was the other way around. The seeds of a cultural revolution were shipped to Great Britain from America in the form of records by country, R&B and blues performers such as Slim Harpo.

"We would listen to Muddy Waters and Howlin' Wolf, Otis Redding, Stax," Ian McLagan says. He and his friends bought everything they could.

Another kind of music grabbed the ear of Donovan Leitch, whose family had migrated to London from Scotland and settled in the city's northern suburbs. He says he was mad for jazz.

"It was the drums that I picked up first, and Gene Krupa at Carnegie Hall," Donovan says. "I thought I'd be Art Blakey."

For these hip, young fans of blues and modern jazz, the music was just part of a larger cultural movement that had its own style, which included tailor-made suits, fancy leather boots and motor scooters. They liked to think of themselves as "modernists," or Mods. British writer John Pidgeon says that the most mod of the Mods — the real trendsetters — were known as "faces."

"They were the kind of people you'd look at and go, 'Oh, I wish I looked as cool as that person,' " Pidgeon says.

The High Numbers, later known as The Who, gave the coolest of the cool their own theme song, "I'm the Face," borrowing the tune from Slim Harpo. Among these trendsetters was a group of musicians who called themselves The Small Faces, owing to their diminutive stature.

They were boosted into the national spotlight by a popular Friday-night TV program, Ready Steady Go! The show took the music and fashion of the London Mod scene into living rooms across the country. It was where Ian McLagan first saw The Small Faces, thanks to his dad. 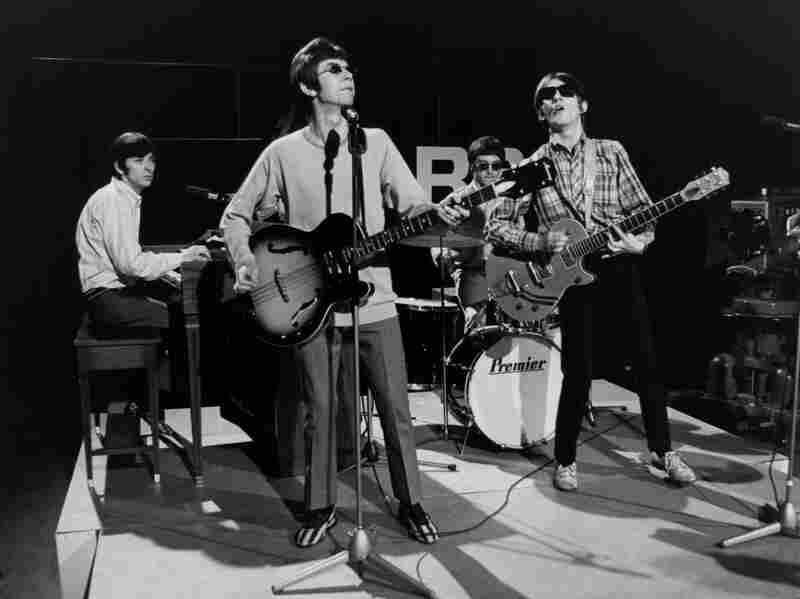 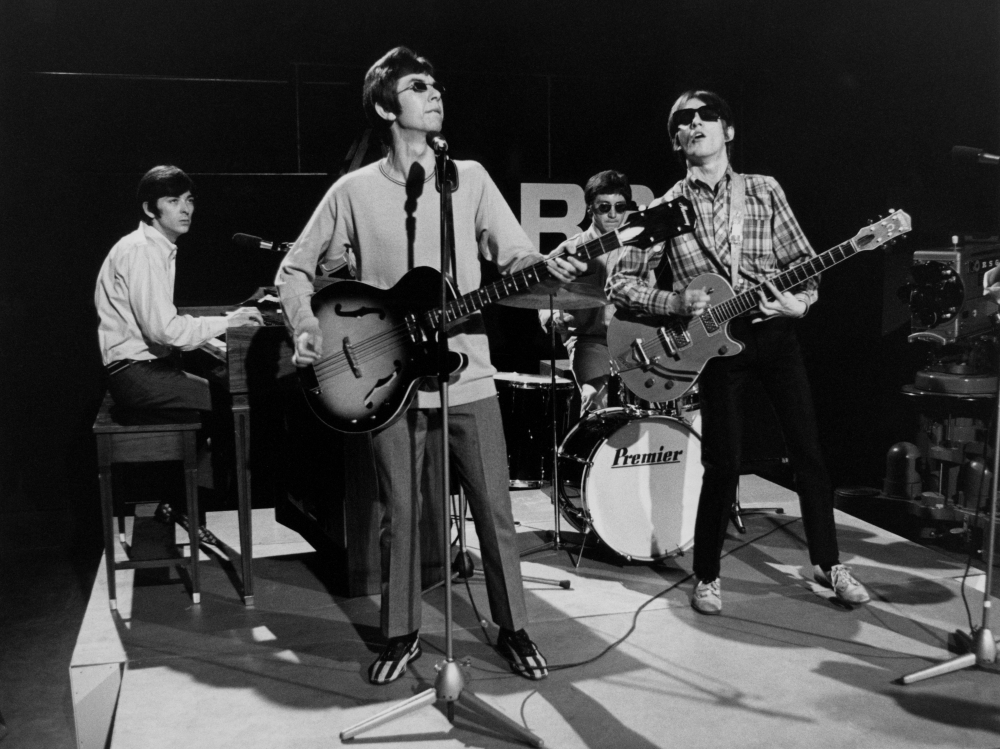 "I was getting ready to go out on a date and he shouted up the stairs, 'Ian! Come and look at this band. They're great!' Three months later, I was in the band," says McLagan, who joined Kenny Jones, Ronnie Lane and Steve Marriott.

Another Ready Steady Go! favorite was a teenage minstrel with a very different musical and fashion sense — he sported a fisherman's cap, acoustic guitar and harmonica rack. A number of critics said that Donovan Leitch's look and sound were a little too reminiscent of his American contemporary, Bob Dylan. But Donovan argues that they were just two singers with common influences from American records.

"I absorbed the vinyl of Woody Guthrie, Pete Seeger, Jack Elliott, to Michael McClure and then into the Beat poets, Allen Ginsberg. At campus, we were absorbing that stuff," Donovan says. "We looked to America."

Donovan says he picked up a new look from California — one that writer Pidgeon says started spreading across mid-'60s London.

"It was really quite interesting when some of the straightest people who you'd come across all of the sudden started appearing in caftans and beads," Pidgeon says. "And smoking dope, and in many cases doing hallucinogenic drugs, as well."

Donovan was an early adopter of what he calls the "holy plants."

"Plants have always been used by shamans to enter what is called 'the inner realm,' " Donovan says.

Ian McLagan recalls his band's first experience with the drug that inspired the song 'Itchycoo Park.'

The Small Faces On Acid

The music he made within that "inner realm" shot up the charts. Pidgeon says that initially, he dismissed Donovan as a Dylan clone.

"Which is why it was such a shock when he turned up a couple of years later, with Sunshine Superman and Mellow Yellow. And you'd think, where did they come from? Because they were just fantastic records — and hugely original," Pidgeon says.

A number of bands followed this psychedelic trail, including The Small Faces, who charted with a whimsical tune written by Ronnie Lane and Steve Marriott about a place called "Itchycoo Park." The Small Faces were also experimenting with mind-altering substances and recording techniques that created a trippy sound. But all of that heavy production presented problems for a touring band.

That didn't sit well with Steve Marriott, who soon left to start Humble Pie, leaving The Small Faces without a lead singer. They soon recruited a couple guys from the Jeff Beck Group: Ron Wood and Rod Stewart.

The two new members weren't as short as the others, and from then on, the band was simply known as The Faces. It was 1969, and the end of the swinging '60s. Bands like Black Sabbath and Led Zeppelin, from the industrial Midlands of England, would soon take over the charts with a louder, heavier sound for darker times. London forgot about trippy hippies and well-coiffed kids on scooters.