Accessibility links
Latina Gov. A Rising Star, Just Not To Some Hispanics New Mexico Gov. Susana Martinez is the ultimate immigrant success story and, with an overall approval rating of about two-thirds of residents in her state, she's arguably the most popular Republican governor in the country. But that popularity doesn't always extend to Hispanics. 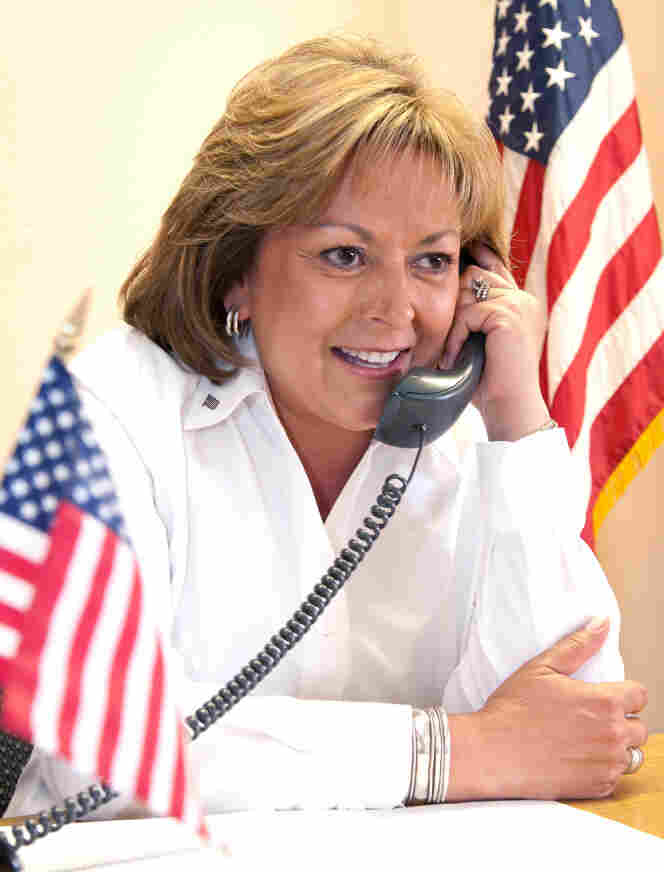 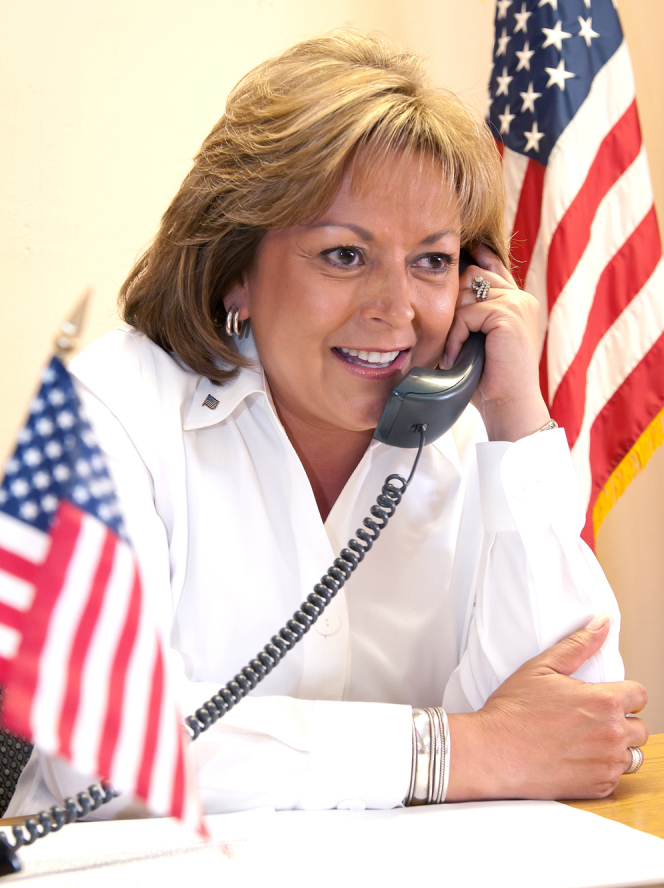 And with an overall approval rating of 66 percent of New Mexicans after more than a year in office, she is arguably the most popular Republican governor in the country.

But that popularity doesn't always translate among Hispanics, a group that in New Mexico makes up nearly half of the population.

At a speech in Albuquerque last year, Martinez said getting rid of the law is a matter of public safety.

"We have thousands of individuals who come to our state from not just Mexico, but all over the world in order to gain that very valuable ID," she said.

A bill to repeal the driver's license law has failed three times in the state legislature, and some critics charge that Martinez's support of that bill is really part of a long-term political strategy.

"Why she is introducing policies that are divisive to the Latino community, we could only guess that it's for political gain," says Adrian Pedroza, who works with Hispanic neighborhoods in Albuquerque as the director of a local nonprofit.

Martinez, 52, is often touted as a possible 2012 Republican vice presidential nominee, although she has said she would decline any offer.

Martinez grew up in a family of Democrats in a bilingual household in El Paso, Texas, just blocks from the border with Mexico. At 18, she worked in her father's business as a revolver-carrying security guard outside a bingo hall.

She graduated from law school and later considered entering politics. That's when some Republican friends took her out to dinner. It's a story she often shares publicly.

"We talked about values; we talked about where we stood in reference to how the economy was going; we talked about welfare as being a hand up and not a way of life; we talked about the freedoms, the Second Amendment," she says. "And I remember walking out of there and getting in the car with my husband, Chuck, and saying, 'Well, I'll be. I'm a Republican.' "

Shortly after that, she ran for and was elected district attorney in the southern New Mexico county of Dona Ana.

New Mexico is considered a swing state that tends to lean in favor of Democrats, but the February Rasmussen poll shows Martinez enjoys broad support, even among Democrats, with whom her approval rating tops 50 percent. Among Hispanics in the state, 58 percent approve of the job she is doing, but 33 percent noted they "strongly disapprove" of her job performance — the highest of any group polled.

"I think because she is a Hispanic woman, she gets criticized more," says Cindy Retana, an El Paso school principal and Martinez's younger cousin. Retana says Martinez is being singled out for criticism because of her ethnic background. "She's seen as forgetting where you come from, not being supportive of immigrants, which is absolutely the farthest thing from the truth."

Martinez has said she is proud of her Mexican heritage, but she rarely speaks of her experience as a Latina. She faces the same burning question as other high-profile Hispanic Republicans, like Nevada Gov. Brian Sandoval and Florida Sen. Marco Rubio: Can she make the party more appealing to Latino voters nationwide?

That remains to be seen, but what is certain is that the GOP faces an uphill battle. Another February poll of likely Hispanic voters nationwide, conducted by Fox News Latino, shows President Obama leading either Mitt Romney or Rick Santorum by about a five-to-one margin in a prospective matchup.