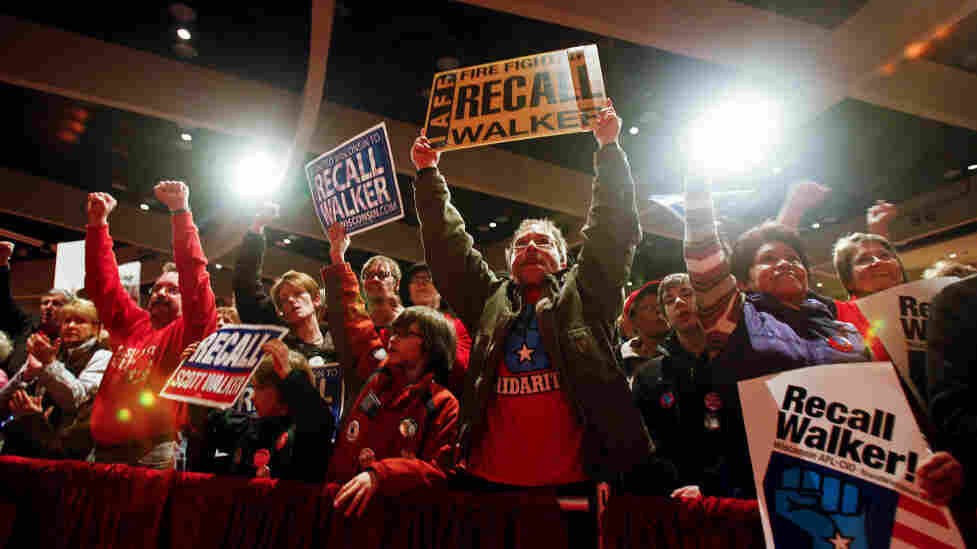 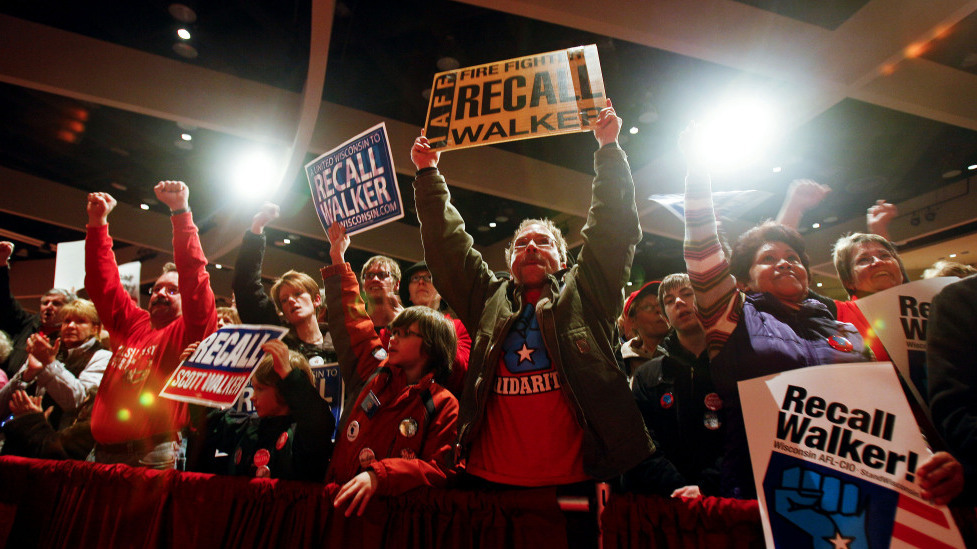 Wisconsin holds its primary next Tuesday, but the Republican presidential candidates are having to work just to get voters' attention.

Wisconsin is a place that has, for more than a year, been consumed by its own brutal political battles: Republican Gov. Scott Walker's push to severely weaken public employee unions triggered massive protests last year and a series of recall votes, including one for Walker himself expected in June.

So what's a presidential candidate to do?

Mitt Romney is leading the rest of the GOP field in state polls and wants a win to reinforce growing sentiment that he can't be stopped on his way to the party's nomination.

Meanwhile, his main opponent, Rick Santorum, has been working the state hard, visiting bowling alleys, Elks clubs and neighborhood hangouts hoping to score a win in an important Midwestern state and give his campaign some new life.

As for the voters, their focus appears to be elsewhere.

"There really is an attention deficit here. People are paying more attention to the recall and somewhat less to the ... primary," says Charles Franklin, a professor who does polling at Marquette University.

In fact, over the past few days, the one and only presidential yard sign I spotted read "Scott Walker for President."

Walker has not endorsed anyone in the GOP primary. He's spending his time on his own political battles. Nonetheless, the governor has influenced the presidential race.

His overall approval rating is around 50 percent, but among Republicans it's 85 percent — and that has meant the GOP hopefuls have been quick to endorse him.

In an interview with WTMJ-TV in Milwaukee, Santorum likened himself to Walker.

"The people of Wisconsin, they're looking for someone like a Scott Walker who's willing to tell it like it is. You know what he believes. You know he's not going to back down. You've got Republicans in the state rallying around him. Why? Because there's an authentic politician who did what he says he's going to do," Santorum said.

"So I can only tell you that I think his effort to try and rein in the excesses and to try to give the state a more solid financial footing makes a great deal of sense and I support him," Romney said.

And while the political activists in Wisconsin are more involved in the recall than in Tuesday's primary, that won't be the case come the fall, when this state will be a general election battleground.

By then the recall will be over — either Walker will have survived and be emboldened, or there may be a new Democratic governor.

Either way, don't look for the political intensity to fade.

It will make for a different environment from 2010, when Wisconsin Republicans took advantage of a big enthusiasm gap to capture the governorship, a U.S. Senate seat and two Democratic congressional seats. They also won control of both houses of the state Legislature.

If there was any thought of a GOP letdown this year, Wisconsin Republican Party Vice Chairman Brian Schimming says it won't happen.

Sign Of The (Wisconsin) Times: Gov. Scott Walker For President

In Winner-Take-All Wisconsin, Primary Is Sideshow To Recall Election

"Our people are engaged on the recall, they're engaged in politics in general in this state and I think that carries over to November. I'm not worried about an energy level or a drop-off going towards November because the engines are running on all cylinders here," Schimming says.

As for Democrats, they say they are back in the game after their 2010 slump thanks to the recall fight.

"You can't fake 100,000 people coming to the Capitol on a Saturday. You can't fake a million signing a recall petition. This isn't AstroTurf organizing. This is real," says Wisconsin Democratic Party Chairman Mike Tate.

Whether it's energy or agitation that's driving voters in Wisconsin right now, politics here are certainly in a place that the state isn't accustomed to. That can make it hard for a front-running presidential candidate — or one trying to pull off an upset — to break through.