Accessibility links
Customer Service Nightmares, Now Onstage If you've ever wailed and gnashed your teeth after wasting precious minutes on the phone struggling with an automated customer service system, you're the perfect audience for playwright Lisa Kron's new work, The Veri**on Play. 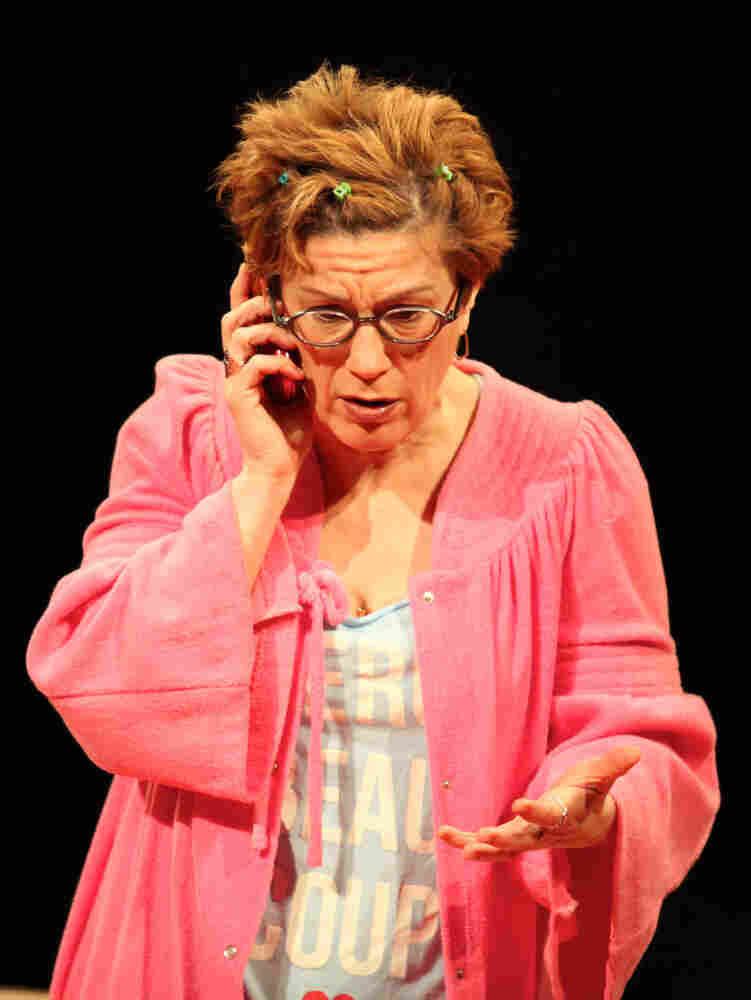 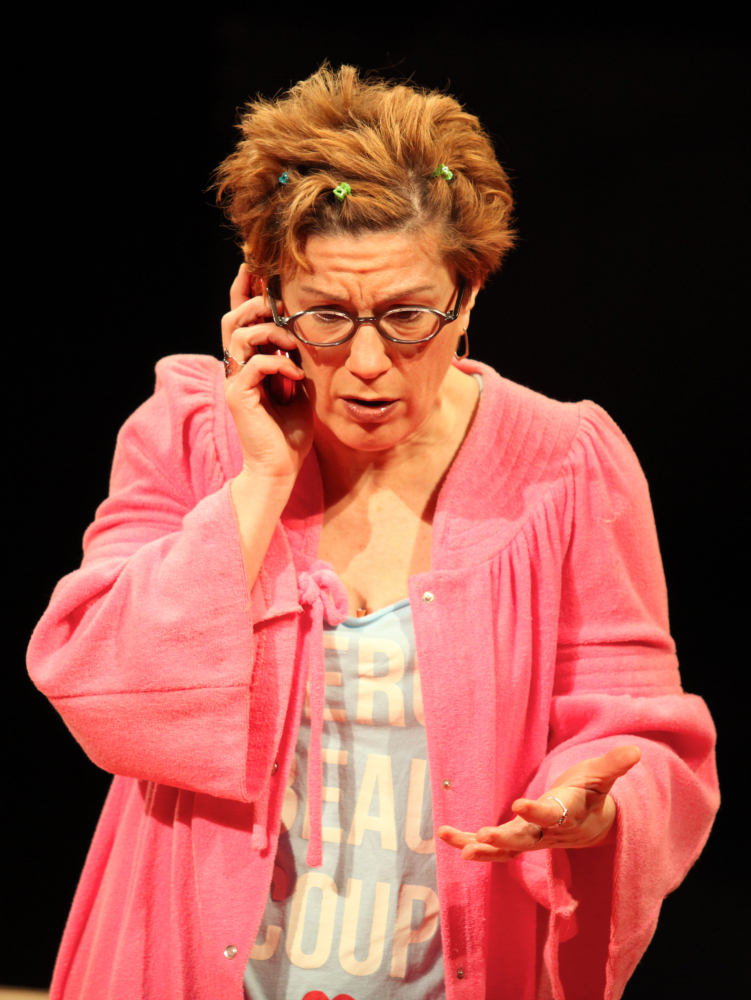 Playwright Lisa Kron performs her new work, The Veri**on Play. It's a bitter satire on the tangles of automated customer service.

Playwright Lisa Kron mines her own life to create her often-hilarious work. She has written about being the child of a Holocaust survivor, and about her mother's struggles with chronic illness. Her latest play deals with a struggle common to all of us — the agony of computerized customer service.

The Veri**on Play alludes, in its title, to Kron's issues with a major telecommunications company. Kron says she got the idea for the play while on the phone with a particularly unhelpful customer service rep. "And I found myself screaming at this person, 'I'm going to write a play about this,' " she says. "And there was a little bit of a beat, and what I perceived the person at the other end of the phone doing was shrugging and saying, 'Go ahead, knock yourself out.' "

So Kron did. She's now starring in The Veri**on Play, which is getting its world premiere at Actors Theatre of Louisville's Humana Festival of New American Plays.

The characters in the play rail against a company called Ferizon — yes, you read that right: Ferizon, with an F. "But it's a little more ambiguous in the title," Kron says.

Her cast members were quick to offer their own customer service horror stories. Clayton Dean Smith says he fell into the computerized vortex after moving out of an apartment complex that had been bought by a large real estate development corporation.

"I gave them notice that I was leaving, and I never heard back from anyone," he says. "Finally, in the end, I left my keys on the floor of the apartment. My rent invoices continued to come."

See A Clip Of The Veri**on Play

After struggling through the company's automated customer service system and finally reaching a human being, Smith says, she couldn't help him. "She said, 'I'm sorry. We can't help you. You're not in our system. You're no longer a tenant.' And I said, 'You're right!' "

Kron drew on a wealth of similar stories to write The Veri**on Play. She researched customer service relations and even case law, and peppered the script with facts. At one point, a character quotes a 1978 Supreme Court decision relating to the regulation of credit card offers.

Les Waters, artistic director of Actors Theatre of Louisville, says he thinks Kron's play is hilarious. "I think she is one of the smartest people that I know," he adds. "She's very intelligent, very funny, and very compassionate."

The Veri**on Play has been playing to nearly sold-out crowds at the Humana Festival. "I have come to realize that there is nothing that people identify with more strongly than a customer service nightmare," Kron says. "It's up there with birth and death."