Accessibility links
'Driving Mr. Yogi': A Diamond Of A Friendship Every year, baseball legend Yogi Berra still goes to Tampa to see spring training. And every year, four-time All-Star Ron Guidry is there to drive him around. A new book tells the story of their adventures together. 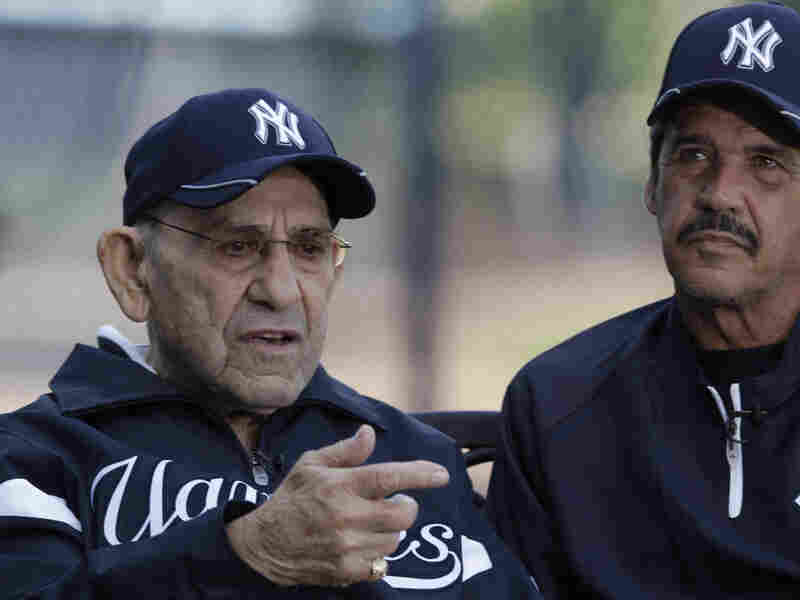 Yogi Berra (left) and Ron Guidry are interviewed before a spring training baseball game between the Yankees and the Washington Nationals at Steinbrenner Field in Tampa, Fla., on March 16. Kathy Willens/AP hide caption 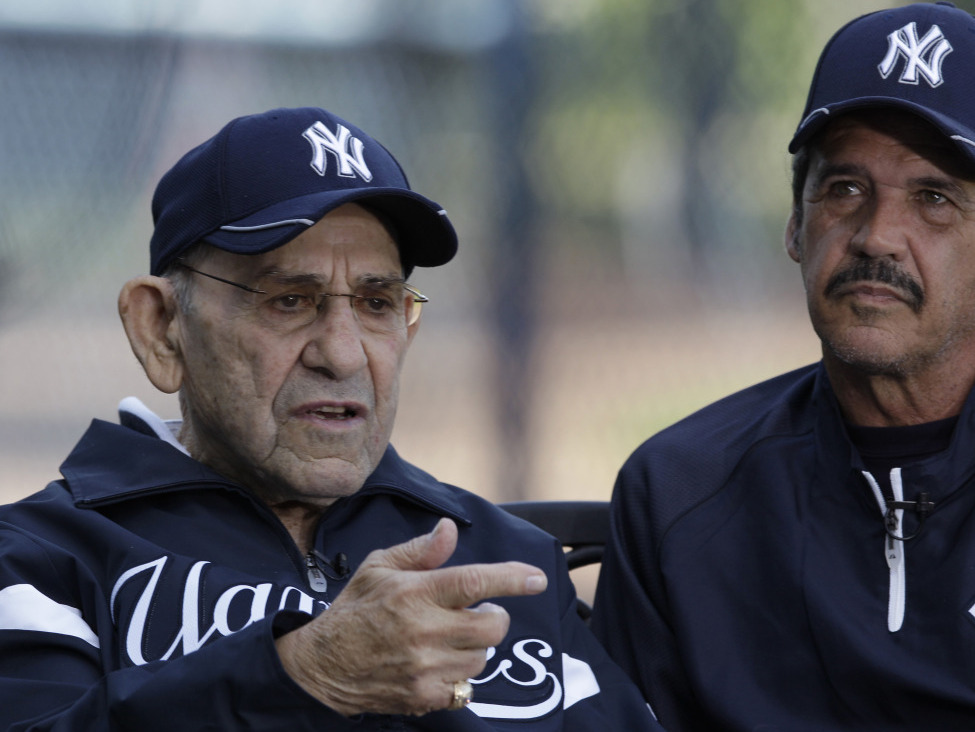 Yogi Berra (left) and Ron Guidry are interviewed before a spring training baseball game between the Yankees and the Washington Nationals at Steinbrenner Field in Tampa, Fla., on March 16.

There is often a special bond between pitchers and catchers. They report for work first in spring training and share a secret language of hand signals to work their way through batters.

But the bond between this pitcher and catcher duo, each Yankee legends of different generations, began after their playing days.

When Yogi Berra, a three-time Most Valuable Player, now in his mid-80s, arrives in Tampa for spring training, he's picked up at the airport by Ron Guidry, the four-time All-Star and Cy Young Award-winning pitcher known as Louisiana Lightnin'.

They watch ballgames, share meals and talk about baseball.

But it was Berra and Guidry themselves who showed up at a Florida studio to talk about their friendship with NPR's Scott Simon. Guidry, of course, did the driving. 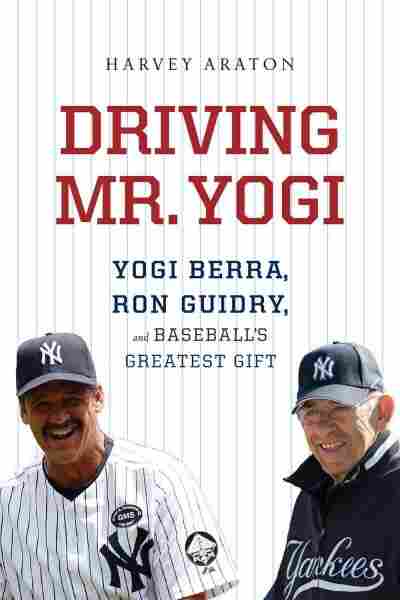 "I look forward, coming every year to spring training," says Guidry. "We always get everything squared away a couple of months down the road, and he'll want to know certain other things that are accumulated over the wintertime, like his frog legs."

That's right: Guidry persuaded his legendary friend to eat frogs' legs. "I put them on the table, and I said, 'Either you try one today, or we're not going out to eat anymore while you're here.' And he had about two weeks left," Guidry says. "So he tried one. And as soon as he tried one, ever since then, that's the first thing he asks for, every winter."

There's a famous photo of Jackie Robinson sliding into home in the 1955 World Series — a copy even hangs in the Obama White House. And that copy was signed by Yogi Berra. "He was out," Berra grumbles — though the umpire called Robinson safe — and that's what Berra inscribed on the photo.

Guidry says people are always calling out to the two as they pal around Tampa, especially at Berra's hotel. "We don't mind signing autographs at the ballpark, where it should be," he says. "But, you know, waiting for us in the parking lot to sign autographs, not exactly the best place for it."

Guidry says he and Berra dream about turning the tables on persistent fans. "Just forget who we are, and just go find a guy and just follow him all day, and just bug him all day about sign this, sign this," he says.

Despite the autograph hounds, Berra says being a major-leaguer was his lifelong dream. "It's fun; baseball's fun," he says, but he cautions parents who might push their kids too hard, too young.

Becoming a Yankee wasn't easy, Berra says. There was a lot of pressure to perform. "I always got nervous the nights we played in the World Series. First pitch, I was nervous. Then after that, forget it, I'd start playing," he says.

"I've always said it's probably some of the best times I've spent in my life is just being around him," Guidry says. "We might not say it, we might not show it, but we are quite fond of each other.