Accessibility links
Reviving James Booker, The 'Piano Prince Of New Orleans' An upcoming documentary highlights the life of the man many called New Orleans' best pianist in a hundred years. 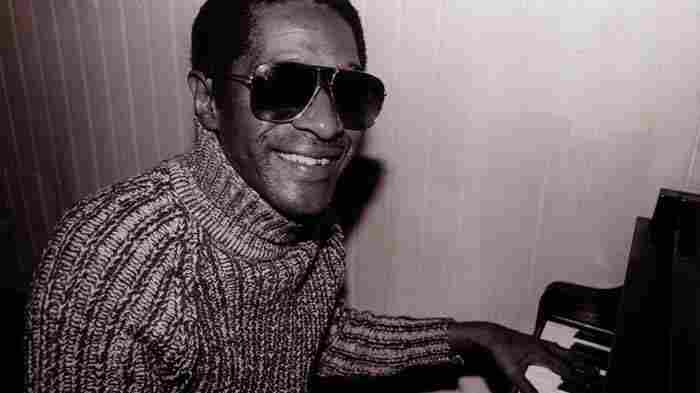 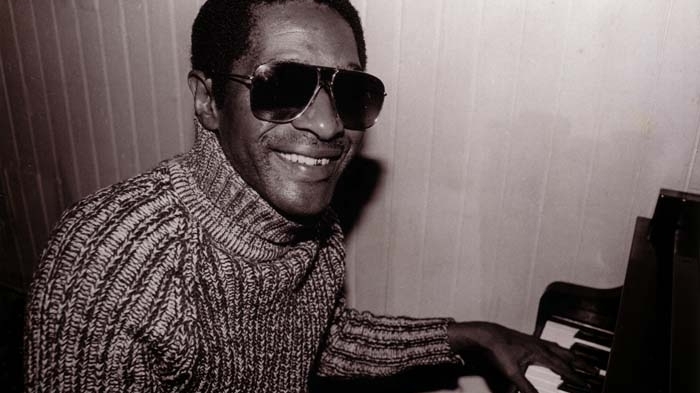 Listen to a track from Booker's album 'Let's Make a Better World! Live in Leipzig,' recorded on a 1978 tour.

Every day in New Orleans, Lily Keber rolls out of bed and walks to a flat, minor office building to meet her muse. Keber makes a cup of coffee with chicory, hooks up her computer and waits for what sounds like a dozen spiders to crawl across a piano.

Keber is making Bayou Maharajah, a documentary about the black, gay, one-eyed junkie, James Booker, the "Piano Prince of New Orleans." Booker, who tutored Dr. John and Harry Connick Jr., was the first to call his fingers "spiders on the keys."

A classical-music prodigy as a child, Booker grew up to originate a style of piano playing that few can emulate. Everything from his delivery of Chopin's "Minute Waltz" to his rendition of "Black Night" highlighted his talent: spiders on the keys, heart on his sleeve.

But in a town where soul queen Irma Thomas stands next to you at the dry cleaner and Dr. John turns up at the grocery store, people often take their musical legends for granted. Sometimes it takes an outsider like Lily Keber to remind everyone that genius is rare. Keber was born in North Carolina and schooled in Georgia. She moved to New Orleans just a few years ago.

"I knew Dr. John, I knew Irma Thomas, I knew The Meters. I knew the big names. And I didn't know James Booker at all. I had never heard the name," Keber says. "So when it eventually started to dawn on me that he was a real guy and he really did play this amazing music that's coming out of the jukebox, that sort of floored me." 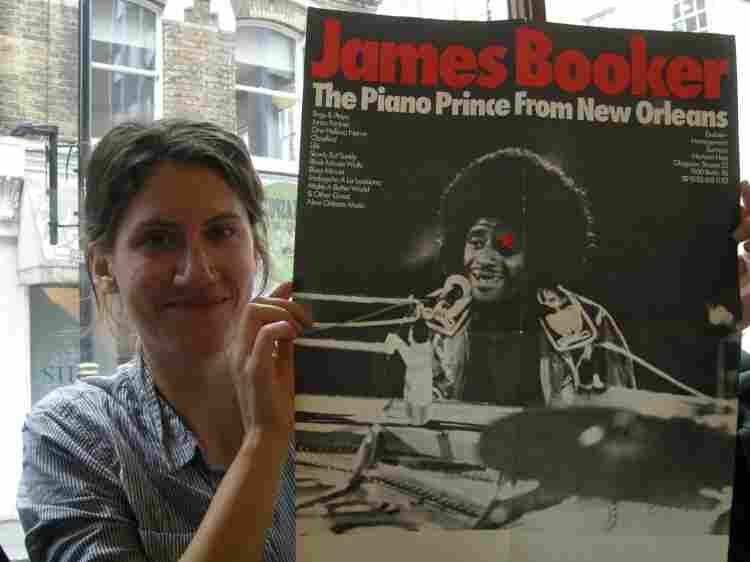 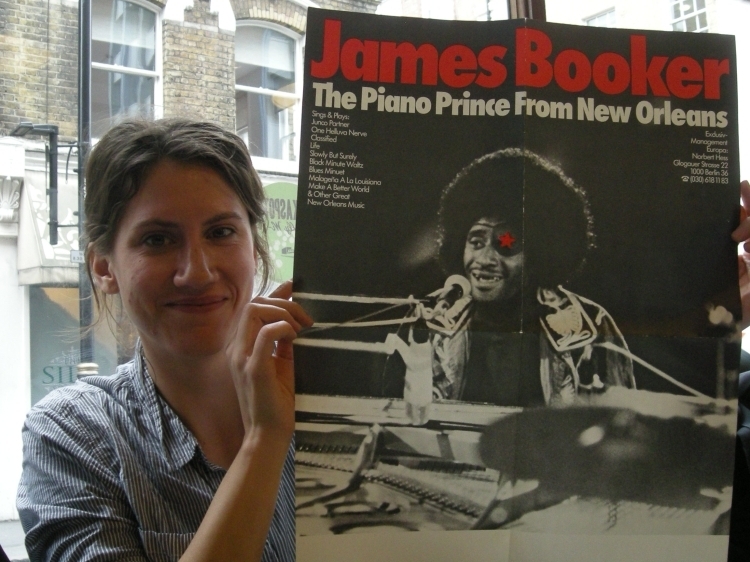 Perhaps the biggest challenge to Keber's project is that James Booker is unavailable for comment. He died almost 30 years ago, before Keber was born.

So far, Keber has been able to unearth more than anyone ever has, including eyewitnesses and film footage from concerts in Europe. It might help that Keber comes from a family of both academic researchers and coal miners. She's not afraid of tumbling head-first down a rabbit hole.

"Booker has this song, 'Papa Was a Rascal,' and the song is very autobiographical," Keber says. "The problem is it is also very poetic, so deciphering what he's actually saying in it is very tricky. There's one line, 'When I was a young boy at the age of 9 / I met a sweet Russian woman and I made her mine.' Now, what does that mean?

"When Booker was a kid, he was hit by an ambulance and dragged down the street; he broke his leg. They gave him morphine for the pain, and he always pointed to that to being the beginning of his addiction," Keber says. "Luckily, I actually found an interview where he says precisely that. He was listening to this song and he says, 'This line, I was hit by an ambulance, I got addicted to heroin from that.' That's the 'sweet Russian woman.'"

Some of the best interviews in the documentary explain how Booker could play the way he did. Even to a trained ear, the man sounded like he had three hands. His former students tell it best. Dr. John, for instance, learned organ from Booker. Harry Connick Jr. also took lessons.

"There's nobody that could even remotely come close to his piano-playing ability. It can't be done," Connick says. "I've played Chopin Etudes, I've done the whole thing, but there is nothing harder than James." 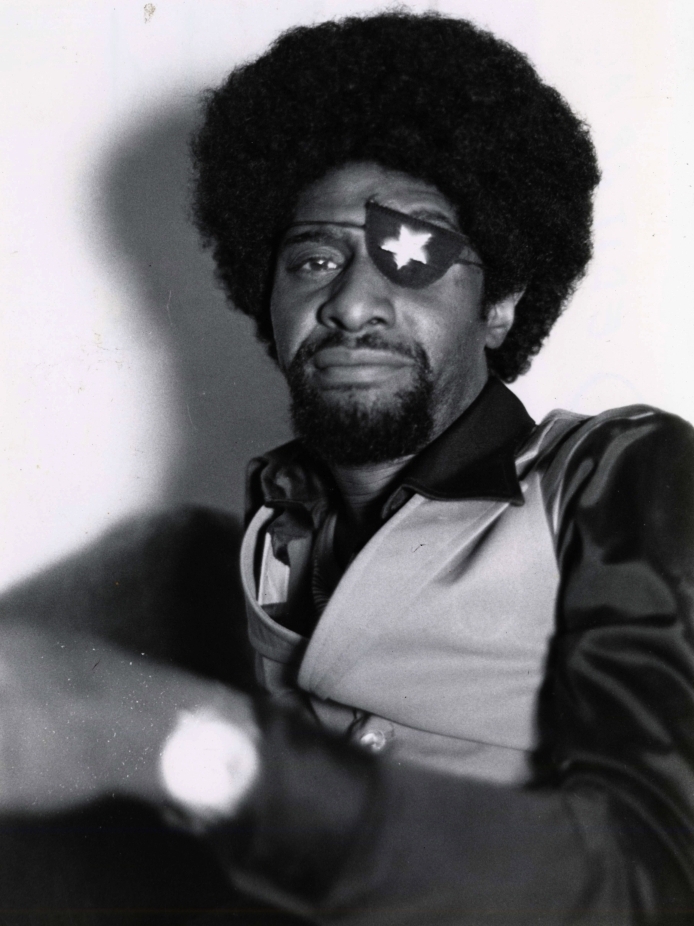 The one-eyed junkie called his fingers "spiders on the keys."

Booker was also a sideman for Aretha Franklin, The Doobie Brothers, Ringo Starr and Lloyd Price. But apart from some childhood recordings, he released only three albums in his lifetime. His addictions — heroin, cocaine, alcohol — got the better of him.

"Booker wanted to be famous, but he didn't behave like someone who really wants to be well known," Keber says. "He didn't show up for gigs. And if he did show up, would he be in the mood to play? He really was frustrated by the fact that he couldn't make it, but he didn't do himself any favors."

"I remember there was a regular Tuesday night Booker solo at Tipitina's. Finally, the lights dim and Booker walks out to the middle microphone on stage. He was wearing nothing but a huge diaper with a huge gold pin holding up the diaper," Torkanowsky says, "and from behind the diaper he pulls out a .357 magnum, puts it to his own head and announces to the audience, 'If somebody doesn't give me some [expletive] cocaine right now, I'm going to [expletive] pull the trigger. It went from 'Can't wait to hear him play' to 'Oh my God.'"

Keber is still trawling for more photographs and concert film footage, but she says there are parts of Booker's story that died with him.

"I could spend the rest of my life researching Booker and learning about him, and I would never know what it was like to walk in Booker's shoes," Keber says. "He was a mystery to the people who knew him best. But I feel like it must be some combination of being intensely intelligent, a child prodigy, very gifted, but then living a life that was a constant exercise in struggle."

Keber is wading through 45 hours of tape and hopes to finish the film this year, but she's raised less than half of the money she needs to digitize, edit and color-correct the picture. She also has to pay all the licensing fees for the music. She's under enormous pressure to, as Dr. John wrote her, "bring Booker back from the dead."

"The audience I worry about the most and feel the most beholden to is the one here in New Orleans," Keber says, "because they are going to know most whether I did my job or not. And I also know that they won't hesitate to tell me. That night on the red carpet could be wonderful, or terrible. I'll know pretty quick."

If Keber comes through, she'll have restored the Piano Prince of New Orleans to his throne and perhaps brought him the national audience that eluded him in life. Then he wouldn't be just a black, gay, one-eyed, junkie piano player. He'd be golden.