Accessibility links
A Wyoming Millionaire Places His Faith In Santorum Recently, Republican presidential hopeful Rick Santorum has shown strong fundraising numbers. But earlier in the contest, the campaign was relying on donations to a pro-Santorum superPAC and its vocal and generous benefactor — multimillionaire Foster Friess. 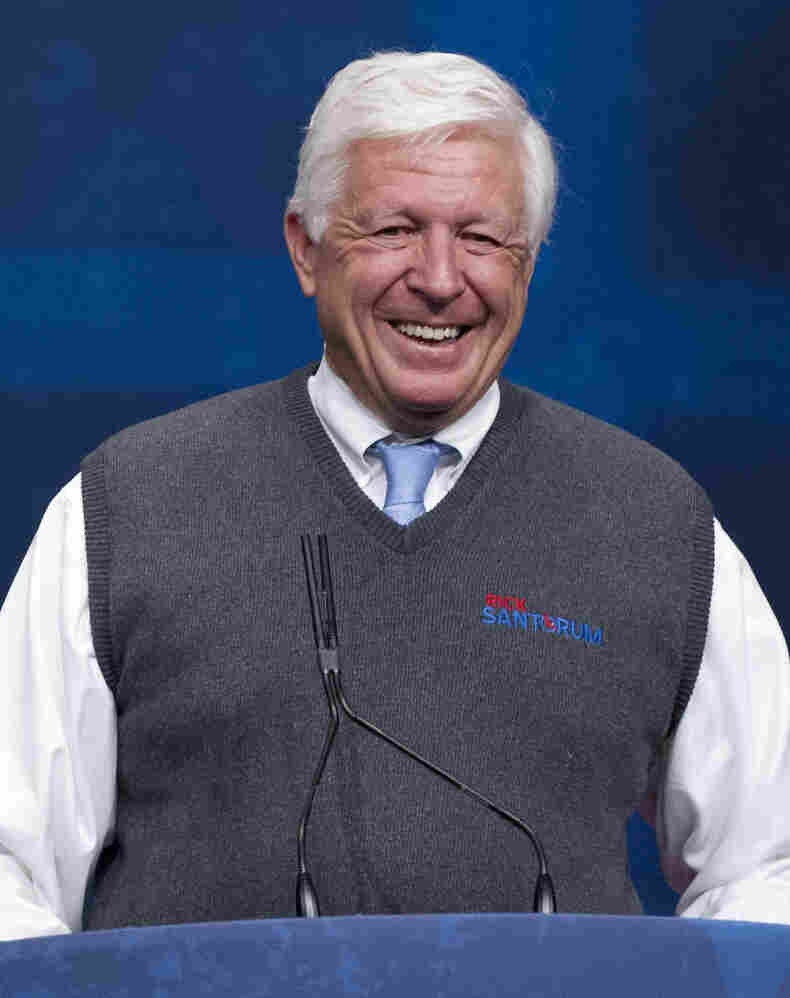 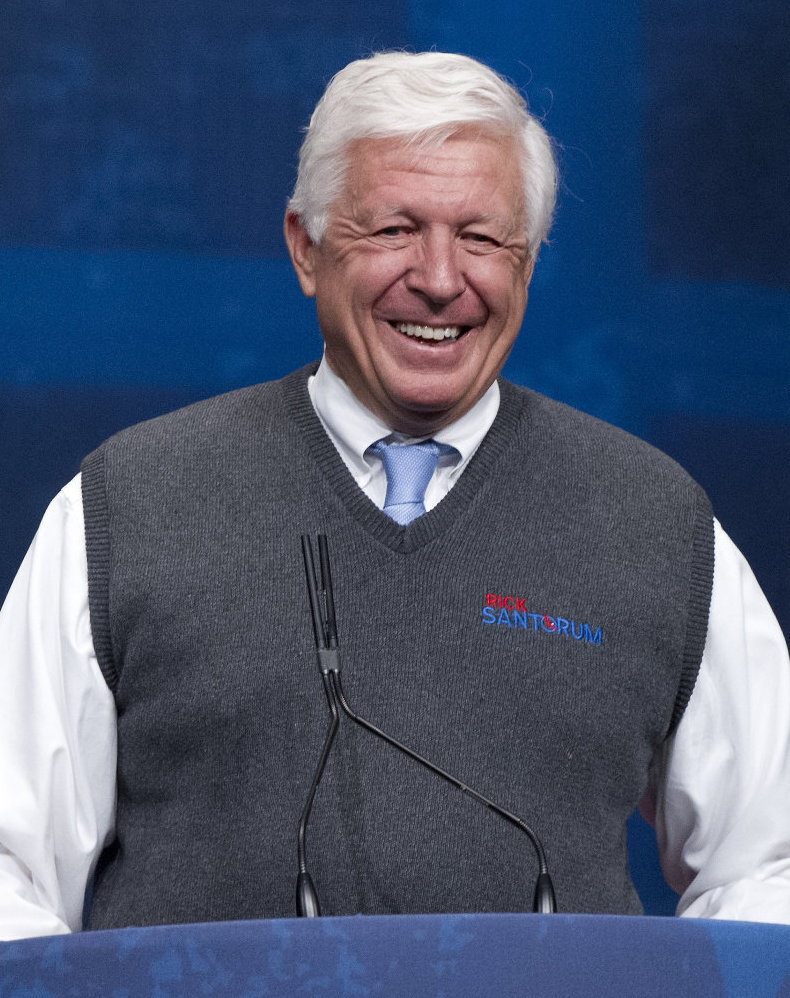 But earlier in the contest, the loudest voice promoting the former Pennsylvania senator wasn't the candidate himself. It was Foster Friess, a multimillionaire who was the main funder of a pro-Santorum superPAC.

And when Santorum spoke at the Conservative Political Action Conference in Washington, D.C., in early February, it was Friess who introduced him.

Friess gave a short introductory speech to the gathering, including a joke that pretty much summed up Santorum's assertion's about front-runner Mitt Romney and his conservative credentials.

"There's a little bar a couple doors down and recently a conservative, a liberal and a moderate walked into the bar," said Friess. "The bartender says, 'Hi, Mitt!' "

When Santorum took the stage, he said: "I will not be telling any jokes. I think Foster cornered the market on that."

Neither Friess nor Santorum alluded to the multimillionaire's role in Santorum's presidential bid. Friess is the main benefactor of the Red, White and Blue Fund, the superPAC supporting Santorum.

Friess gave early and he gave big, with $1.6 million in total donations. That allowed the superPAC to put Santorum's message on TV when the campaign itself was almost broke.

Nor did either Friess or Santorum mention at CPAC that Friess regularly travels and talks with the candidate.

Federal campaign finance laws say superPACs have to be independent, walled off from the campaign when it comes to messaging. Friess talked about it to Reuters TV in February.

"I do dislike the system now. Because, when I give money to the Red, White and Blue Fund I'd be very, very careful, not coordinating with the campaign," Friess said. "I'd be careful what I say. And I think the best system would be if we all had unlimited free speech and spending our money the way we want, but give directly to candidates. ... There's just too much jumping through too many hoops."

"When you see Foster Friess showing up at Rick Santorum rallies and at the same time providing unlimited funding and presumably direction to the Santorum superPAC, you know it literally means that the contribution limits have been gutted," said Public Citizen's Craig Holman.

Friess declined to be interviewed for this piece. One reason was that NPR wouldn't agree to air the interview unedited.

Friess has a long history of giving to Republicans, and his first recorded contribution to Santorum was in 1993.

He made his fortune as a fast-moving investor in the 1980s and 1990s. He became a Christian in 1978, and he told Wyoming Public Broadcasting two years ago that his religion set the stage for his philanthropy.

"I invited the Lord to become chairman of the board of my life, which has been a huge part of my life. And from that point forward, I realized that my health, my family, all my treasures including my entire bank account wasn't mine, it was his," said Friess.

Friess has sent millions of dollars in donations to Haiti, New Orleans and Asia for disaster relief. He gives to Christian charities through the National Christian Foundation.

Islamic groups that advocate nonviolence get money from him, and so do local charities around Jackson Hole, Wyo., where he has a home.

"I think the wealthy people and the people on the lower income rungs are coming together in a unity, which is exciting, because we're sick and tired of the divisiveness that's been generated in our country," Friess said during his February interview with Reuters TV.

Of course, Romney supporters criticize the Santorum superPAC for the attack ads against Romney, ads that they believe are prolonging the Republican primary fight and making it more divisive.

Overall, money from Friess accounts for about one-quarter of the superPAC's ads.