Accessibility links
First Listen: Amadou And Mariam, 'Folila' Hear a lilting and fun project that mashes up the West African stars with some of their biggest fans, including TV on the Radio and Santigold. 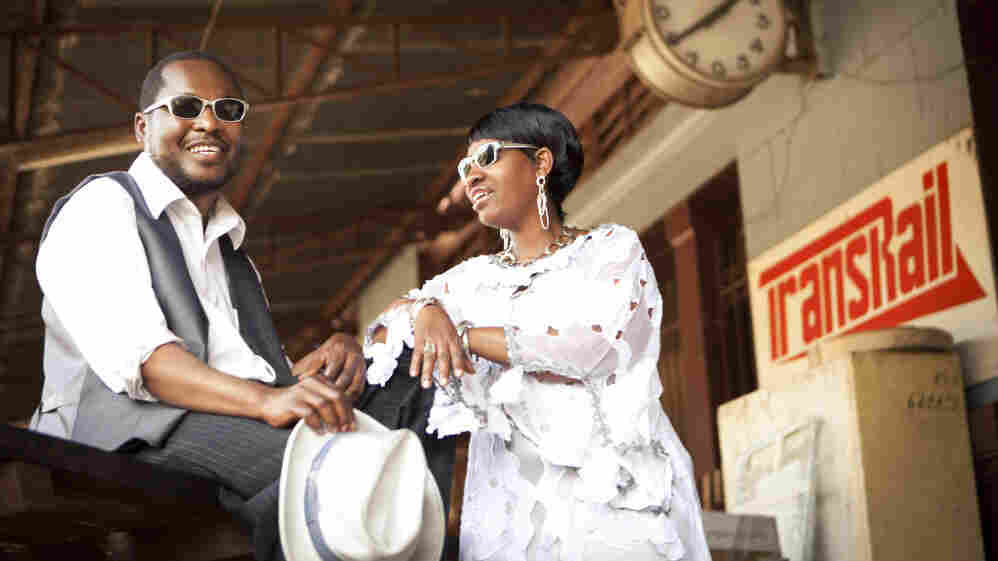 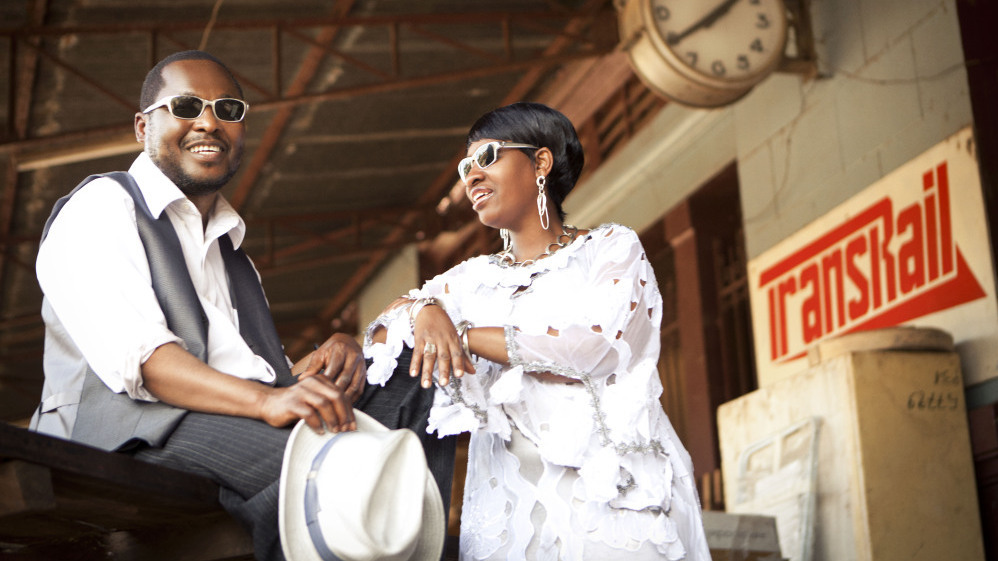 Amadou and Mariam's new album, Folila, comes out April 10 in the U.S.

The new album from Amadou and Mariam, the husband-and-wife duo from Mali with fans around the globe, is on all levels a hybrid, mash-up creature. The original idea was actually to make two albums. Amadou (last name: Bagayoko) and Mariam (Doumbia) would record one as a self-described "crossover" album, tracked in New York alongside well-known guest artists like TV on the Radio, Santigold, Nick Zinner of Yeah Yeah Yeahs, Jake Shears of Scissor Sisters, Theophilus London, members of Antibalas and — controversially — the French rocker Bertrand Cantat, who was convicted of manslaughter after beating his girlfriend to death in 2003 and appears on several Folila tracks.

The other project would use the exact same song list as the New York sessions, but this time would be recorded in the pair's home city of Bamako, the capital of Mali, with a team of gifted African collaborators (including the amazing Toumani Diabate) playing African instruments like the djembe drum, the marimba-like balafon and the plucked kora.

After recording both versions, however, Amadou and Mariam decided to fuse those two intercontinental projects into a single album, due out April 10: Folila, which simply means "music" in their Bambara language. The result is richly textured: A harmonica snuggles up to the kora in "Oh Amadou," Amadou's sparkling guitar grounds Shears' high-flying vocals to the disco thump of "Metamya," funky brass fills out the contours of the anthemic "Africa Mon Afrique," and a bass clarinet provides a brilliant textural presence in "Mogo."

The production is far sleeker and perhaps less effervescent and neon-colored than what Amadou and Mariam enjoyed on their masterful 2005 album Dimanche à Bamako, produced by Manu Chao. Folila, however, is at its very best when it relaxes into joyous West African grooves in tunes like "Baro" and "Mogo," as well as the sweet love song "Sans Toi" and "Chérie," a lilting paean to family. And all those high-profile cameos? All the better if they help call Amadou and Mariam to the attention of new listeners.