Accessibility links
N.H. Parents On Their Own In Abuse, Neglect Cases New Hampshire has eliminated funding for representation of indigent parents charged with abuse or neglect of their child — leaving many such parents to navigate the legal system on their own. Child advocates fear that ongoing budget pressures will push other states to follow suit. 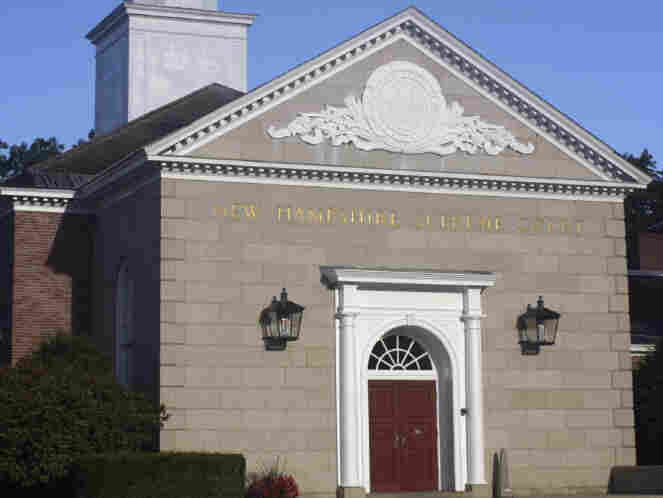 The New Hampshire Supreme Court is expected to rule on whether it is constitutional to require indigent parents to represent themselves in child abuse or neglect proceedings. iStockphoto.com hide caption 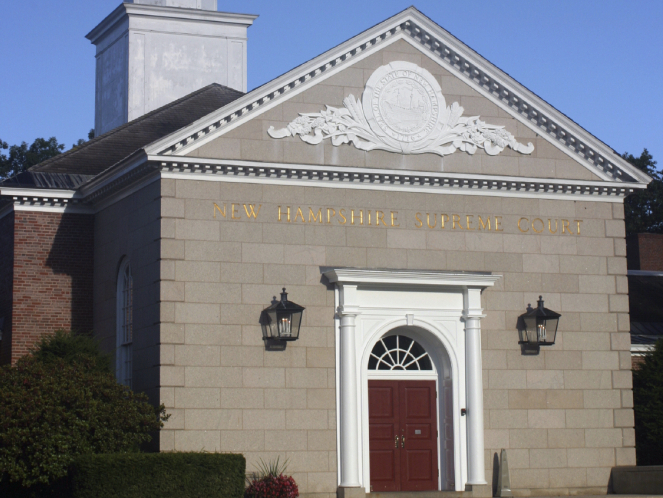 The New Hampshire Supreme Court is expected to rule on whether it is constitutional to require indigent parents to represent themselves in child abuse or neglect proceedings.

In most places in the U.S., if a parent is charged with abuse or neglect of a child and can't afford a lawyer, he's appointed one. That lawyer's job is to defend the parent and reunite the family if possible.

But faced with a budget shortfall, New Hampshire has taken the unusual step of eliminating that funding.

The court and state officials charged with enforcing the new policy now worry that the lack of representation is hurting parents and their children — and children's advocates are concerned that other states may eventually follow New Hampshire's lead.

In a recent preliminary hearing in the Rochester Family Division Courthouse, Judge Susan Ashley took extra time to ensure that a father without a lawyer understood the proceedings.

The man is being charged with neglect because he doesn't have anywhere for his daughter to live right now.

"One of the topics that we are going to go through today is making sure you have an understanding of what the potential consequences of this type of case are to your parental rights and responsibilities," she tells the man, whose name has been withheld because the case is sealed.

"If the court made a decision that your parental rights should be terminated, it would be at that point [that] you would no longer have any legal rights, duties or obligations," she says. "Do you understand that's a potential consequence to this type of a case?"

The man says he understands that he could lose his 4-year-old daughter forever, but he also has no idea what he needs to do to get the girl back.

Without a lawyer, there's no way they can navigate this system to ensure that their rights are being adequately protected.

Peter Brunette, attorney for the State of New Hampshire

"It's all happening ... pretty quick," he says. "And [I'm] having a hard time kind of processing everything that's going on, and knowing what's going" to happen next, he says.

For the first time in 30 years, New Hampshire isn't offering parents any legal representation in these types of cases. Funding was eliminated in the most recent round of budget cuts.

That makes New Hampshire and Mississippi the only two states that don't provide lawyers to indigent parents in abuse and neglect proceedings.

'Fish In A Barrel'

After nine months and hundreds of these cases, New Hampshire state officials say the vast majority of parents don't have lawyers — and many aren't fit to defend themselves.

The 34-year old father at Ashley's hearing is an example of that. He dropped out of school after the 10th grade, he says, and his dyslexia makes reading and writing difficult.

Parents who are unable to adequately defend themselves make state attorney Peter Brunette's job — arguing against the parents — easier. But he doesn't feel good about it.

"It's like shooting fish in a barrel sometimes. And it's not fun," Brunette says. "Without a lawyer, there's no way they can navigate this system in a way that ensures that their rights are being adequately protected. That's the problem we are all struggling with right now."

In New Hampshire, parents have about 12 months to shape up and address the source of the neglect. Sometimes that means getting out of a violent relationship or receiving counseling for substance abuse or mental illness.

But when you add in navigating a complicated legal world, Ashley worries it's just too much for many parents.

"Suddenly those 12 months have slipped away," she says. "And we find ourselves at a permanency hearing where the parent hasn't done what they needed to do to correct the conditions of neglect."

Ultimately, Ashley worries that many parents are incapable of sharing relevant information, making it that much harder for the court to get it right.

Vivek Sankaran, a professor of law at the University of Michigan, predicts New Hampshire may get exactly what it has historically tried to avoid — a generation of kids who grow up without their parents.

The practice of child welfare has become "much more sophisticated" in recent years, Sankaran says. "And then you get [these cuts], where we've just reverted back to where we were in the 1960s or the 1950s."

The question of whether parents have a constitutional right to an attorney has now made its way to the state Supreme Court.

Sankaran says child advocacy experts around the country are watching the New Hampshire case closely. Sankaran fears other states may follow New Hampshire's lead if the court rules with the state.

But the father of the 4-year-old girl in Rochester is not thinking about policy implications. Frustrated, he says he just sees an indifferent system beating on him.

The father says social workers tell him they want to work with him to get him and his daughter back together.

He doesn't think she'll end up adopted, but without a lawyer, he says it's possible that's how his case could turn out.